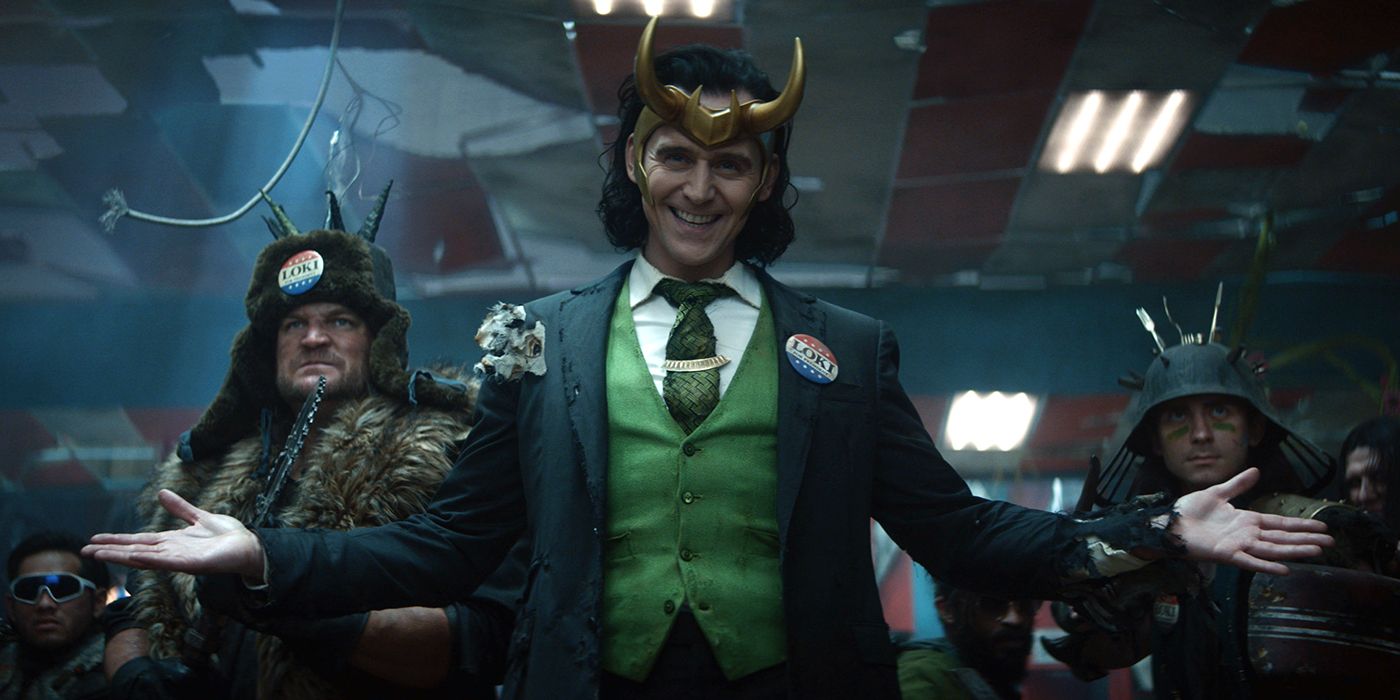 With one week left before having to take its final bow on Disney+, Marvel Studio’s Loki has a lot under its belt to cover. Tom Hiddleston’s god of mischief has consistently been reaching high lows and great highs as it gloriously aims to tell a time-bending narrative with beautiful cinematography and a vastly different interpretation of Loki himself. Finally reaching its penultimate fifth episode this week, Loki continued to take no time in getting closer to answering more audience questions regarding the shows overarching mystery and closing the door on its merry cast of living Asgardians. While it does arguably contain an odd pacing and filler moments, “Journey Into Mystery” establishes the groundwork for a potentially thrilling finale that will hopefully leave audiences satisfied when Loki comes out flaunting one last time in its closing moments.

“Journey Into Mystery” begins to crack one of the show’s largest enigmas that have been present since the first episode: what even happens to someone who is pruned? As Loki previously faced another fake death at the hands of TVA Judge Ravonna, the god of mischief finds himself waking up to a desolate wasteland with four variants of himself. Determined to find a way back to the TVA’s headquarters and finish what he started, Loki takes a trip with his fellow variants to wander a foreign purgatory in search of a way back. Meanwhile, Sylvie, who still has the upper hand on Ravonna after their prior showdown, attempts to gain answers as to what the TVA did to her friend before she can find him. On the surface it may seem like another episode of Loki doomed to face the third chapter’s faults, but “Journey Into Mystery” has far more than meets the eye.

Unlike the other episodes of the series, “Journey Into Mystery” remains both positively and negatively inconsistent within its tone. While episode five undoubtedly contains a steadfast pacing packed with great character moments, needed scientific explanations, and a new cast of loveable Loki variants, it oddly jumps between being comical, goofy, serious, and heartfelt in a manner that does not always pan out perfectly. Loki has been a series oozing with oddity from its inception, but never has it been inconsistent in exploring its narrative. “Journey Into Mystery” arguably bends both ways to accommodate for its cast. It knows when to never push its boundaries to the limit, yet the penultimate episode does strangely sidestep around consistency at times as it yearns to explore multiple different Lokis for the sake of developing the protagonist in the spotlight.

Despite an unusual tone, episode five utilizes its insanity for better or worse by moving forward with entertainingly reaching the finale. It is able to differentiate itself from the rest of Loki thanks to its unpredictable cast that is supportive of its leads. “Journey Into Mystery” does not waste any time when it comes to jumping right into further exploring Loki before he will either meet a doomed fate or a future of grandeur. Even with their short amount of screentime, the latest batch of Loki variants is a worthy addition to the series as they help the main protagonist venture through individuality and glorious purpose one more time. They may only have the opportunity to appear in two episodes or less, but they show weight, charisma, and useful implementation all in one shot. Even if Hiddleston is not acting as all his variants, it is a pleasure to see how his interpretation of the character over the last decade is being utilized here for multiple purposes.

Out of the four Lokis introduced in episode five, Richard E. Grant’s ‘Classic Loki’ is certainly the one with the most depth and purpose. Grant’s Loki who is an aged survivor intuitively gives Hiddleston’s younger counterpart a larger outlook on life. Contrary to that, however, is ‘Kid Loki’ (played by Jack Veal) who chimes in with themes of gluttony and foresight. All in all, every Loki provides a different perspective for Hiddleston’s character to reflect on while also providing some comic relief and even cuteness — in a Loki way. How could you not love the Loki alligator variant? I mean come on, that shiny gold-horned helmet is adorable. On a side note, the ‘President Loki’ variant, in particular, is a version of the character that many viewers probably thought they would be getting for the entire show’s run. Marvel’s advertisements for the show leading up to its debut pushed this variant to the front of their marketing campaign. It is odd that they did so considering he only appears for two scenes.

Similar to the prior episode, payoff comes into play with “Journey Into Mystery” when it comes to Loki’s growth as a character. Whereas Loki in episodes one and two came off as being closer to his appearance in The Avengers, the character has now reached a point where he is a new breed of something similar audiences saw in Thor Ragnarok. His relationship with Sylvie and his encounters with the TVA as an overlord organization has evidently helped him evolve into a character that he has come to appreciate life itself. Loki has found his multiversal purpose and he is absolutely out to change it as he embraces his own salvation. Speaking of salvation and payoff, of course, Mobius and Loki were not going to die in “The Nexus Event”.

While the twist’s reality was expected, it is a shame how it will affect the long-term legacy of the fourth episode’s surprises. More shamefully though, it is baffling how Mobius and Loki get barely any time to connect again after being pruned. Characters are always “dying” and coming back in the Marvel Universe, but who knows what the finale could have in store. Perhaps next week may be the last time the two will actually ever get to interact with one another — although let’s hope not.

Loki’s penultimate episode wraps up on a strong note even if there is a growing concern with how the series could possibly tie up every one of its loose ends with a final entry. The persisting question as to who is running the puppet show that is the TVA has always been intriguing since the show’s debut and Loki is finally on the cusps of grasping that long yearned answer. “Journey Into Mystery” may be a bit all over the place in tone as Loki explores purgatory, but it is still bursting with personality as it shines through with admirable visuals and deep moments that further strengthen the dynamics between its core cast. Whether or not the finale will truly set up the next phase of the MCU with theories of Kang the Conquerer, Galactus, and Dr. Doom circulating the internet, the last episode of Loki will surely go out with one massive hurrah that will only end with more audience questions.

Every Chapter of The Legend of Korra Ranked (52 to 26)