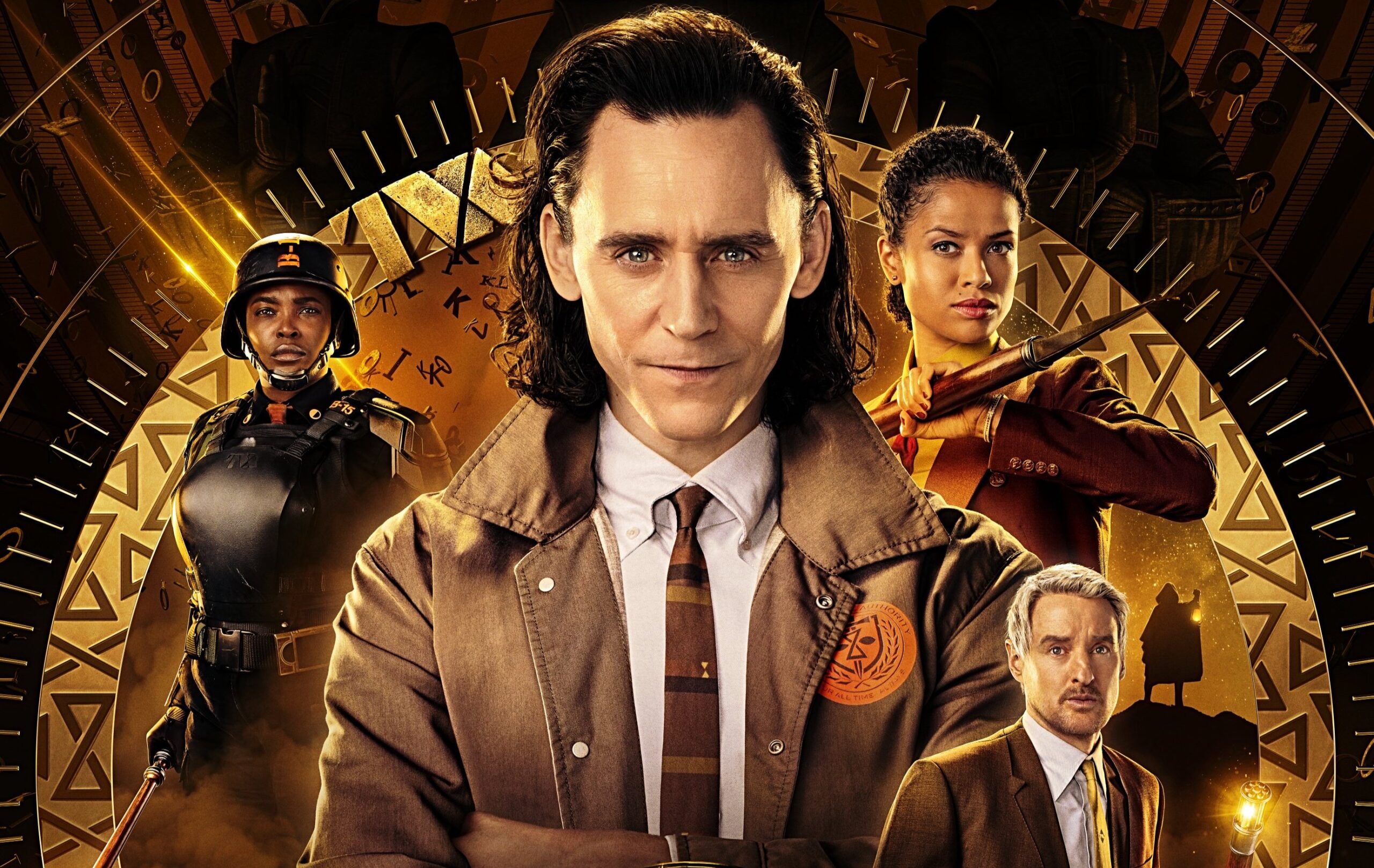 He may not be starting with an action-packed premiere audiences would expect to see after witnessing his prior appearances, but make no mistake Loki is back with a vengeance and ready to reach new heights…

The Marvel Cinematic Universe has already been seeing a dip into two different sides of its spectrum on Disney+. While WandaVision delved into uncharted territories that its predecessors had not entered before, The Falcon and the Winter Soldier stuck to the roots of its blockbuster franchise and attempted to harness the loveable aspects audiences were already familiar with. As Loki sneaks its way into the Disney+ lineup of Marvel Studios originals, the god of mischief brings his brother’s thunder onto new grounds with a careful mix between the two. Like WandaVision, Loki shows no shame in embracing the Marvel Cinematic Universe in a new light — for the most part. He may not be starting out with an action-packed premiere audiences would expect to see after witnessing his prior appearances, but make no mistake, Loki is back with a vengeance and ready to reach new heights.

Taking place directly after the events of Avengers: Endgame, Loki begins its run by bringing audiences a recap of where the character’s story ended last time — not dead by the hands of the mad titan Thanos, but in a peculiar spot as the fan-favorite villain managed to grab the Tesseract and escape the clutches of 2012’s team of Avengers thanks to those interfering with the past. As Loki accidentally transports himself to the Gobi Desert in Mongolia, the foreign prince from Asgard quickly comes into contact with the Time Variance Authority [TVA]. Forced to listen to what they have to say after practically being kidnapped, Loki sets out to discover what the so-called time overlords have in store at their headquarters as he meets his new future. “Glorious Purpose” flaunts the philosophy of its title as the god of mischief faces the truth behind his placement in the universe.

For a premiere, Loki was given a fascinating series of obstacles. Not only does the show have to inherit its cinematic universe’s history of the titular character, but it had to double down on creating something entirely new that does not interfere with the current timeline’s events. The greatest challenge the show overcomes in its first episode is admirably creating a new breed of Loki. The god of mischief is by far one of the most developed and fleshed-out icons of the Marvel Cinematic Universe, however, due to the show’s placement in the universe’s timeline, Loki is forced to restart in an underdeveloped spot. The Loki audiences knew from The Avengers is completely different from that of what they later learned to love in Thor: Ragnarok and Avengers: Endgame. While the decision to utilize an earlier version of the character may seem troublesome, ironically it is by the first episode’s most intriguing aspect. Loki is not just a wisecracking villain or saving grace hero. Loki is stuck in limbo between the two as the character is forced to come with the reality of his existence.

Ultimately what audiences receive is an iteration of the character that masterfully balances his antagonistic mysticism and altruistic desire. The best part about Loki as a character though is of course forged from the performance of his actor. Tom Hiddleston absolutely knocks this iteration out of the park. In the same vein as WandaVision, the lead actor is giving it his all as he invents a new version of his decade-old character who feels as if he is stepping off the sound stage of The Avengers. Hiddleston is clearly giving the show his A-game as he not only can deliver audiences with multiple audible laughs but a range of heart-wrenching emotions too. Hiddleston has been attached to Loki since 2011 and he has evidently only improved in not only his art but breathing life into the fan-favorite character. On the subject of acting, Loki as a whole has a great cast. Every actor in the premiere is either having a blast with their slapstick dialogue or enacting a serious presentation for their role.

Speaking of the other characters, when it comes to the latest burst of newcomers, the one flaw that may really bug viewers within the first episode is the fact that they are not developed much. Agent Mobius (played by Owen Wilson) is another key takeaway from the first episode as he instantly creates a philosophical albeit humorous relationship between Loki and himself, but he is quite the outlier from the lot. While the unseen world Loki faces with the audience is constantly being explored in fabulous ways, the agents of the TVA are not as persistent. The timekeepers are being discussed for the entire runtime, however, their leaders and followers outside of Mobius are never given moments to show their backgrounds or full personalities. Mobius and the other agents never come shy of being anything but interesting, yet they leave a lot more to be desired are audiences are left in the dark on who they are.

Perhaps though a lack of explanation or real introduction is intended as the god of mischief’s series stays true to his infamous characteristic. The show is playing into the fact that Loki himself is just as confused as the viewer. The variant of time is being thrown into an environment and overwhelming concept that is both foreign to him and the viewer. Everything in Loki’s premiere feels thematically appropriate to its tone of chaos and order.

The series is evidently sticking to the mysterious side of the character as viewers are kept in the dark as to what exactly the TVA is and what some of their terminologies might actually mean. Keeping Loki’s undying purpose alive is at center stage as “Glorious Purpose” is constantly diving into one massive enigma that comes off as mischievous. The music and atmosphere are always stacking up to make this eerie yet fascinating presentation that will only spike the audience’s curiosity. Even the props have puzzling characteristics as extremely sophisticated technology is oddly merged with primitive devices. Right up until the credits, Loki is giving viewers time to think and reflect on what is happening as it balances moments of world and character development that all stem from peculiarity. It may sometimes slip too much into explaining its world, but it always does so in style and acts accordingly with grace. Loki never skimps out on strong visual storytelling and making its quirkiness shine.

Loki is by no means a perfect premiere to Marvel’s latest series as it pays a tight focus on building a new aspect of its expansive universe, however, it is a striking start that is absolutely worthy of a watch. It is without a doubt more in line with the lunacy and originality of WandaVision than the classic familiarity that The Falcon and The Winter Soldier brought along. When indulging in the subjects of overlords and gods, taking the former approach was no doubt the proper move but Loki still manages to offer a mix of a classic formula and new species thanks to its titular lead. From its incredibly entertaining anti-hero to its hilarious smack dap of newcomers, whether you are looking at the cast or world it is attempting to spearhead Loki is constantly giving a solid first impression in “Glorious Purpose”. Between wanting to know how exactly the god will develop and where his aspirations will truly be going, Loki may be presenting a lot to love in its lead alone yet it still manages to provide so much more. Wednesdays are really going to be the new Fridays.

Dark Side of the Ring: 7 Things We Learned from the Dynamite Kid Episode

Revisiting the Groundbreaking Three’s Company Pilot, “A Man About the House”