Caught somewhere between the bumbling adventures of The Big Lebowski and the conspiracy-laden detective story of Inherent Vice, Lodge 49 is a show that feels substantially trapped in place. Characters search for their way through life only to immediately gravitate towards the safety of complacency. Unfortunately, it amounts to having a feeling of profound meaning trapped in the narrative shortcomings of a show about taking the easy route when presented. Held together by its enigmatic lodge and the well-meaning Dud (Wyatt Russell), Lodge 49 is a breezy ride that thrives in the dead ends of middle-class life.

With an abundance of characters that all reach breaking points throughout the first season, they’re all bound together by the magical, titular Lodge 49 – the 49th in a series of lodges run by Sovereign Protectors. Dud is a deadbeat still grieving over his father’s death one year ago. Now you can find him roaming the streets of Long Beach sleeping in the family’s abandoned pool shop or getting the nearby pawn shop to give him a loan that he’ll never pay back. Everything changes though once Dud discovers Lodge 49 and does everything he can to join its ranks as Squire. 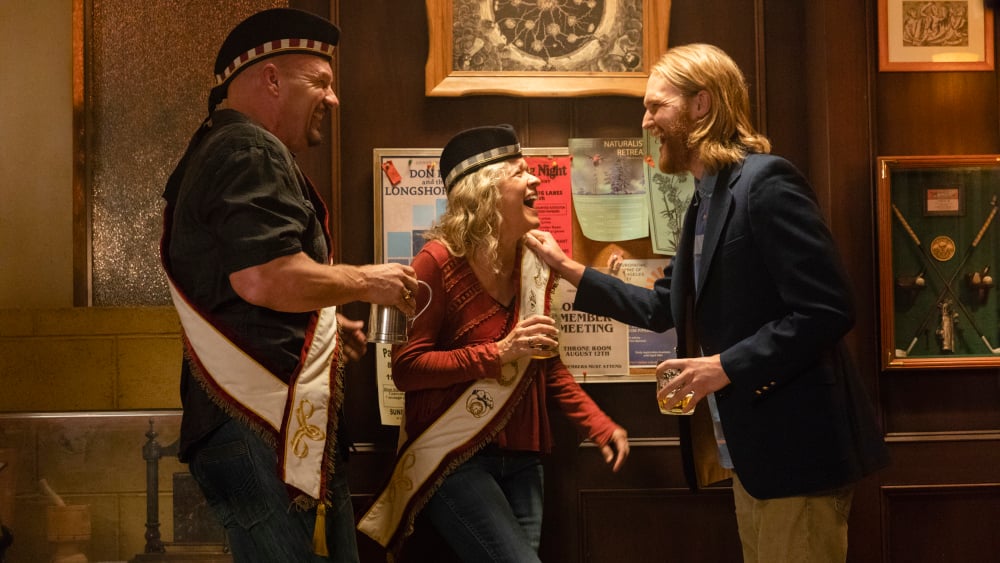 The lodge acts as a haven for those lost in life. It’s not made obvious how much everyone’s life is in shambles immediately, but as Lodge 49 explores its various lodge members, their respective issues and dilemmas are brought to the surface. For Dud it’s wrestling with his Dad’s death and trying to find somewhere to belong. His sister, Liz (Sonya Cassidy), is working a dead-end waitress job and tries to find a way out of her insurmountable debt. Soon-to-be head of the lodge, Ernie (Brent Jennings) is dealing with the looming threat of the lodge’s dismantlement while trying to outdo his younger co-workers at his own job. Everyone’s got something going on and the stress is unbearable.

Which is what makes much of the first season of Lodge 49 not exactly captivating. It’s got a big cast of characters each with their own set of problems. But the ways in which everyone deals with it feels like them copping out or only marginally improving their circumstance. Which also happens to be the point of the show it seems. When Dud needs money he takes out a loan or sells his stuff. But what he spends the money on is almost never an improvement to his quality of life. Instead, it reduces some of his worries for the time being. Characters get stuck within a cycle of complacency that they rarely pull themselves out from.

So when there are ten episodes and the comedy is fairly low-key, it becomes a struggle to find enjoyment out of watching a group of characters fail to realize the rut they’re in. Characters like Liz get huge opportunities to move forward and yet, they rarely capitalize because of their own self-doubt or thinking too much about it. Which strikes a chord with an entire millennial generation. When anyone tries to move forward a giant roadblock appears to prevent them from their goal – even if that roadblock is only in their imagination. Lodge 49 becomes an odd middle-class fairy tale for those who just want to belong. 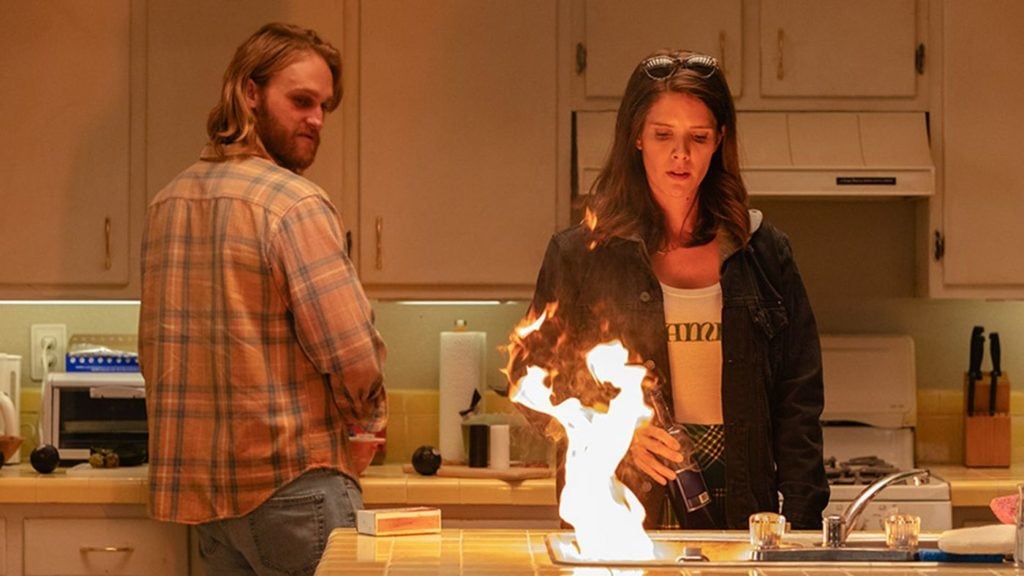 What carries the show to its finale is its strong cast, most notably being its lead, Wyatt Russell. If this show has done nothing else, it has made a strong case for Russell being the next generation of The Dude (Jeff Bridges’ popular character from The Big Lebowski). He carries Dud like someone who slipped through the cracks of time, but also fully in control of his wandering. He strikes a perfect harmony between deadbeat and voice of a generation. Russell is probably one of the most charismatic actors working today. His character in Lodge 49 feels attuned to that, giving him a healthy dose of emotional baggage to carry with his carelessness.

Alongside him is Sonya Cassidy, who represents that person who looks like they’ve got it all under control but is actually spiraling into despair. There are plenty of those people in today’s society and Lodge 49 is smart to include a character like Liz. If anything, it makes the show feel more relatable. Even Ernie (Jennings), a man trying to move up in a world that seems actively against him doing so at his age, feels representative of an older generation contending with a similar plight as many younger people are. Brent Jennings plays him with an earnestness and exuberance that helps make him feel like a counterpart to Liz. Those who know him know not everything is great, but to everyone else, he seems like he has it all completely together. 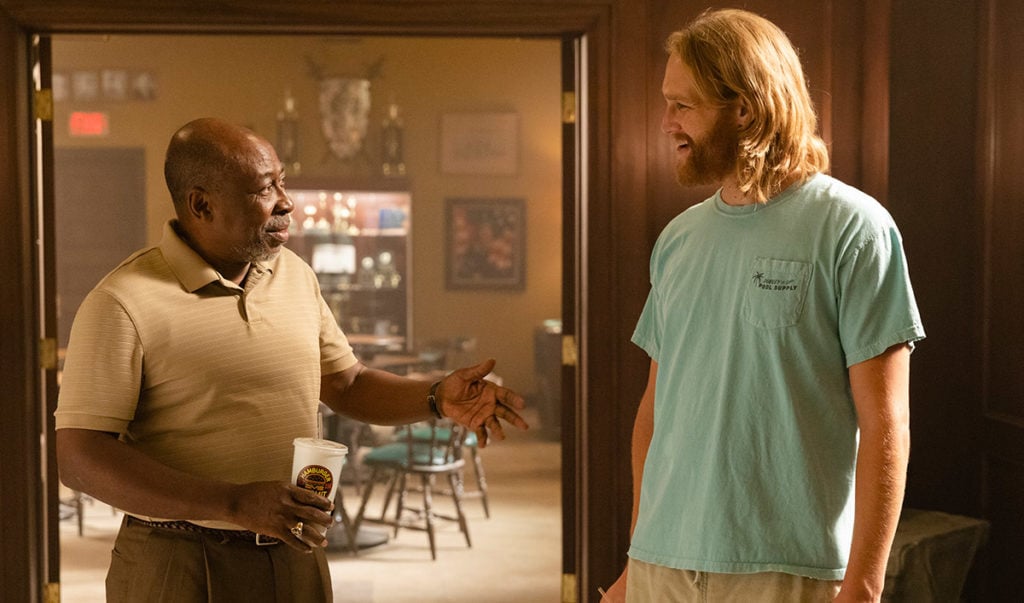 Really that’s why you come to Lodge 49: its relatable cast of characters. What a show like this succeeds in is feeling like one of the most important shows on TV but not one that shows it very well. Hidden underneath all the lodge’s musings of alchemy and sovereign protectors is a desire to be something more than complacent. It’s a show that needs to be watched in its entirety because it is a nuanced exploration that can’t be cut down because it needs its meandering. Unfortunately, that same meandering is what holds the show back from being easily recommended to others. Lodge 49 is very possibly going to have a cult following, but it may not happen until Hollywood fully jumps on board the Wyatt Russell hype train.