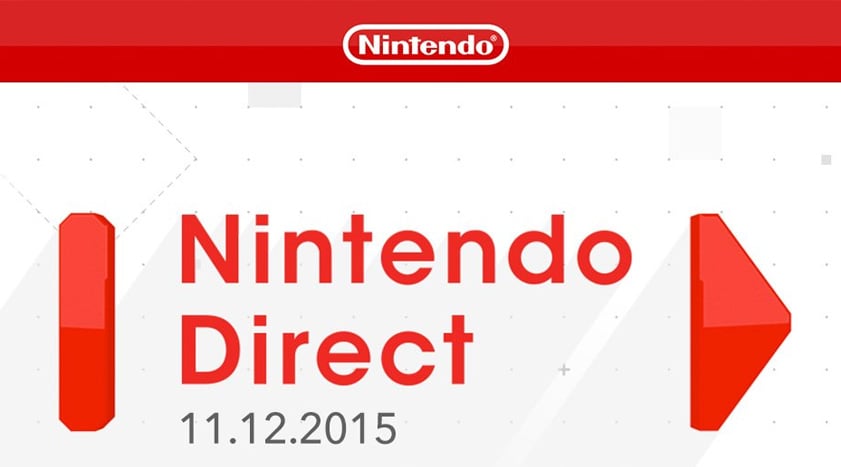 The first Nintendo Direct since the passing of former president and CEO Satoru Iwata, despite missing the man’s infectious presence, was a solid presentation, a sign that the maker of Mario is getting back to business after reeling from its tragic loss. There has been little news over the last long while, and to see a spate of announcements (even if expected ones) and tons of footage, all wrapped up in the familiar charming goofiness, was strangely comforting to this Nintendo fan. Contrary opinions about the company aside, these Directs are one of the many great Iwata ideas to make the company more accessible, more personal. They have a way of generating buzz with their unique way of delivering information that the gaming world is more exciting for, and it was good to see them back after the lengthy hiatus.

Of course any Direct is only as good as its content, and in this one was a little bit of something for everyone, especially if that someone loves role-playing games for the 3DS. Seriously, 2016 is completely set for those people; I’m not sure they’ll have time for anything else, with Final Fantasy Explorers (complete with all DLC), three Fire Emblem Fates games (Birthright, Conquest, and Revelation), Dragon Quest VII and VIII, and Mario & Luigi: Paper Jam. Oh, and then as a kicker, Pokémon Red, Blue, and Yellow are hitting the eShop next year as well. Frankly, stacking these announcements became almost comic by the end, as playing through all of these by the time the next releases would be nearly a full time job. On top of that, they didn’t really get into Bravely Default Second, or god knows what other RPGs will be making their way into the 3DS’ suddenly crowded first-half 2016 lineup. It’s ridiculous, but 3DS owners won’t be able to complain about a lack of meaty games, that’s for sure. Of course if you’re like me and will be taking it easy on that front, especially since Xenoblade Chronicles X will more than likely still be consuming your life, than things were a little light for Nintendo’s handheld, and one title was conspicuously missing. So where was Metroid Prime: Federation Force? Oh, sure, roll your eyes if you like, but it wasn’t too long ago that some dumb soccer game included with it was being showcased at the Nintendo World Championships for the love of all that is Samus! And now nothing? It’s obvious that Nintendo was extremely disappointed by fans’ reaction to this concept, and didn’t want to mar their triumph return with any additional criticism, meaning whatever shape or form this title is taking at the current moment doesn’t instill enough confidence to show it off, despite coming out guns a-blazing at E3. Very interesting indeed, and we’ll see what it bodes for the future.

Okay, so if you for some reason don’t have a 3DS and for some reason will have finished exploring the world of Mira (yeah, right- and I’m the Easter Nabbit), what scraps has Nintendo set aside for you this winter? Look, I’m going to get this out of the way right now: besides Xenoblade there isn’t much to get excited about for the rest of this year on Wii U, and really the fact that I could lose the NXpress Podcast’s Mario Maker Challenge and be forced to buy Animal Crossing: Amiibo Festival is giving me some anxiety. I really don’t want to win anything by collecting happy points. Not at all. I’ll admit that the island survival bits where you have to collect resources to stay alive and hopefully escape could be relatively entertaining, especially if cannibalism comes into play, but I have a feeling the main board game will have me actually wishing there was a house to decorate or something.

Thankfully Nintendo dropped two trailers that offer some hope for the Wii U in the first half of 2016. The HD remake of The Legend of Zelda: Twilight Princess was the worst-kept secret of the month, but it was nice to see it formally announced, even if the changes aren’t quite as dramatic as they were for Wind Waker. I’ve never played that game without waggling a Wiimote, and even though that worked just fine, I look forward to seeing Link as a proper lefty, and pushing buttons again. For those who haven’t played Twilight Princess, this is a great chance to pick up what is sure to be the definitive edition of an amazing game, one that I consistently rank in the top 3 of the Zelda series. Also, even for a non-amiibo collector (unlike some here at PopOptiq), that Wolf Link with Midna is oh so tempting. And now Twilight Princess HD has an inferiority complex.

But to be fair, we’ve played that game, so I was really hoping for something new to make a splash. Unfortunately that splash was a cruel taunt of mere seconds of Zelda Wii U footage, but hey, it would’ve been good to see one still frame; that it was even mentioned at all was a surprise. But before someone makes fun of this fanboy for gaping over what was essentially a massive tease (that looked awesome) that won’t be playable for many, many months, I’d like to move on to the trailer that eased my mind the most about 2016.

For the first time since it was introduced as a tech demo, Star Fox Zero looked good to me. This was the trailer we should have gotten all along, the one that made this Platinum Games-developed title look as exciting as you expect a Platinum Games-developed title to look. There were plenty of explosions, swooping camera cutscenes, and some more razzle-dazzle than previous footage has shown off. More time was taken to polish Star Fox Zero, and if this is the result I’m starting to feel better about this April release. Yes, the worlds seem a bit sparsely populated, but what I saw seemed more focused, and improved textures really made the visuals pop so much more. Looks aren’t everything, and it remains to be seen if forcing the player to use two different screens will pay off gameplay-wise, but I liked the idea of the probe robot, and even the stealth copter piqued my curiosity. The bottom line is that something I was a little nervous about suddenly has me itching to shoot a certain toad out of the sky once again. Check out the Platinum-esque character trailer below:

Oh, and one last thing: a female version of Link named Linkle. This could be huge, folks. Huge. Oh, and another last thing: Cloud Strife in Smash Bros. I’m going to murder a certain Marth player I know with him in the Midgar stage. Amazingly awesome.

Overall I was just glad this happened. It’s hard not to have a smile on your face while watching these videos, and though we all know the NX is coming, maybe as soon as late next year, Nintendo gave a decent presentation of what new games we’ll be starting out 2016 with, and how they’re adding to and making existing titles better via DLC. They need to keep it coming, and who knows what other surprises will pop up along the way, but for now this was a much needed return to form, and a welcome resumption of what Mr. Iwata so wisely started. Welcome back, Nintendo Direct.

Video of the Day: The History of ‘F-Zero’