‘La La Land’ and The Cost of Dreaming

There are two movies within La La Land, the prohibitive front runner for Best Picture at the 89th Academy Awards. The first ends with Mia (Emma Stone) and Sebastian (Ryan Reynolds) sitting on a park bench, past the exit threshold of their relationship but still on the precipice of the unknown futures their careers — their dreams — will bring. Sebastian says something vague about their relationship prospects, a “We’ll see,” and the film ends there. This truncated version of La La Land is still a love story between dreamers and dreams, but it searches for answers instead of providing them, and is still ultimately hopeful – or undecided, at least – about a casual relationship between personal ambition and the costs of such.

The second — and, it should be noted, actual — La La Land is about twenty minutes longer, and answers Seb’s question. In an artful and moving epilogue set five years in the future, “We’ll see” becomes “Let’s see.” Mia aced her audition and is now a legitimate movie star. Seb has moved on from his band and finally opened his club, under a name chosen by Mia years before. In addition to her remarkable professional success, Mia is a happily married mother. Sebastian…well, Sebastian has his club.

When Mia and her husband happen into that club by chance after dinner,  her eyes meet Seb’s. Realities shift, as the epilogue assumes form of a short film showing us what could have been. In it, Sebastian follows Mia to Paris, where she films her star-making role. In this false reality — and this is important — not much changes for Mia. She still becomes a star, still ends up with the husband, house, and child, only it’s Sebastian by her side. Sebastian, however, doesn’t seem to have met any of his career goals; the audience doesn’t see Sebastian the club owner in these ethereal “memories.” 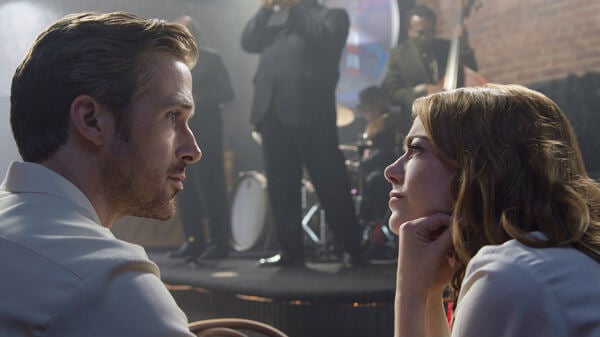 It has become very popular and lazy to note Hollywood’s affinity for movies about Hollywood. This is an attack that misses its mark in two ways. First, Hollywood, like any sizable, shapeless entity, is not truly a monolith. Second, an audience substantially larger than just Hollywood enjoys movies about Hollywood. The nostalgic element of La La Land, a seemingly innocuous and romantic story about beautiful people finding one another in a harsh but equally beautiful environment, is extremely marketable. This makes the epilogue, which pointedly subverts the bulk of the preceding film, even more jarring.

The film’s coda does not need to exist — which is not the same as saying it doesn’t have value. The last twenty minutes of La La Land are impossibly well-crafted and poignant. Still, the mere existence of the excerpt suggests a message packaged within. That message is two-fold: first, that dreams and ambitions inflict a personal cost, as relationships that occupy a giant, impossible space in the present are later on relegated in memories to fun diversions or missed opportunities, and second, that dreams, when realized, are worth the costs they incur. The wistful home videos in the epilogue, combined with the stark contrast presented by the reality of the film’s events, suggest that humans have limited capacities for focus, for caring, for love. 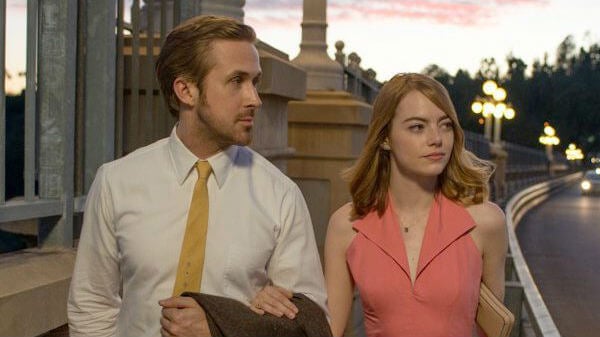 Strangely, given the tone of the film, La La Land disagrees that what these characters lost in the film outweighs what they gained. Sebastian seems shaken by Mia’s presence in his club, and the two share rueful glances. Sebastian, in particular, adopts sort of a hangdog posture during their unspoken encounter. However, what the audience sees — a happy Mia who quickly returns to reality and leaves the club after one song, and a successful Sebastian who ends the film with a wry smile — seems to suggest the opposite: that all the singing and dancing and romance that occupies the bulk of La La Land was always less substantive than it seemed, that this film was always about two individuals searching for fulfillment, but never in one another. That part of being human is building personal histories littered with footnotes that once seemed like entire chapters.

A question worth asking, as La La Land will almost certainly take home some gold even if it doesn’t win Best Picture, is how this film would play if it traded its magical Hollywood setting for a less romantic milieu. If Seb and Mia were insurance executives in Hartford, politicians in Washington, or Bankers in New York instead of artists in La La Land, the film would likely end on that park bench, retaining some hope for the couple’s romantic future. Without all the idealism we attach to artistry, this story — at its core about two people who sacrifice love at the altar of their ambition — would be closer to something tragic. It would be no less artful, but trading love for the corner office is qualitatively different than trading one passion for another. And, as you’ve heard, Hollywood loves nothing more than a movie about Hollywood.

‘The Witch’ is Psychological Horror at its Finest