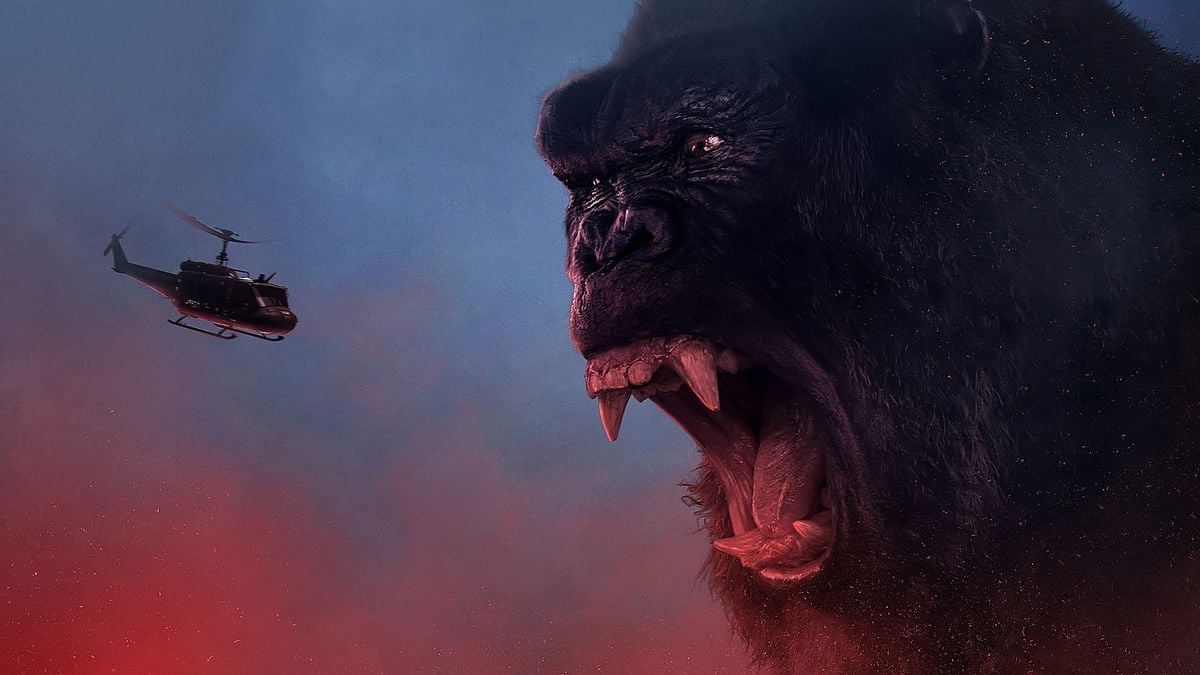 Kong: Skull Island is a Delight!

Despite a noble lineage, the greatness of a ruler is not necessarily passed to his offspring. 1933’s awe-inspiring King Kong has seen a string of disappointing heirs, snot-nosed wannabe-ascendants who misunderstand the allure of that classic and attempt derive the throne either by cheapening the idea of a colossal ape with campy foolishness or wallowing for three-plus hours in narcissistic awe of their own fun-deprived artistic vision. So much for living up to the family name; if it’s good to be king, one certainly wouldn’t have known it from those dull homages. However, while there may never be another (good) serious, beloved masterpiece in the lineage, no true heir to metaphorical monsterdom, at the least the latest franchise prince knows how to party. Kong: Skull Island thankfully doesn’t try to follow in the oversized footsteps of its royal ancestors, instead striking out on its own and forsaking both self-importance and a lack of self-respect for something more populist and more popcorn: dazzling B-movie entertainment.

For reasons that surely must have involved the filmmakers wanting to make some sort of Apocalypse Kong just for the hell of it, Skull Island is set during the closing days of the Vietnam War. After having discovered an uncharted island bizarrely shrouded by never-ending storm clouds, a team of researchers is escorted by a ragtag group of helicopter soldiers led by a Lieutenant Colonel not happy with leaving business unfinished, especially when it involves fighting. The expedition sets out to do whatever sorts of tests scientists do for these kinds of discoveries, accompanied by a stoic former British Special Air Service Captain who is supposed to serve as a tracker, and an “anti” war photographer who really serves no purpose at all. They start dropping seismology bombs, things go downhill from there. None of this really matters, as the scraps of story are simply a vehicle to navigate between whatever cool or weird, stylish sequence comes next, and how much one likes this approach depends on expectations from a movie about a giant beast who protects an island from two-legged lizards living beneath the earth.

Bucking the blockbuster trend of mistaking dark and gritty for some kind of superior storytelling, Skull Island goes the other way, reveling in the Syfy Channel-esque ridiculousness of its titular character’s very concept and applying that to nearly every other facet. So many elements here are amplified just to the point of popping, from colors that leap off the screen as if from a comic book to bigger-than-life characters spouting oddball lines, and a cheeky narrative (such that exists) that doesn’t shy away from the implausibility of it all. Bigger isn’t always better, but for this cinematic world, it only adds to the fun. An over-the-top Kong (almost double the size of his past incarnations) fights huge dinosaur things in front of comically large sunsets, with plenty of towering napalm explosions and some pretty sweet samurai sword moves (for no apparent reason) periodically thrown in for good measure. This isn’t about subtlety in the slightest.

Often these types of self-aware romps are dragged down by their own wink-wink nature, victims of hammy performances and obvious ironic dialogue, but interestingly enough, Kong: Skull Island takes a different approach, and it works. With the exceptions of the cartoonishly villainous Lt. Col. (played with soap opera-level intensity by Samuel L. Jackson) and a Ben Gunn-like WWII pilot who is missing a few screws after being marooned these many years (a chuckle-worthy John C. Reilly), the actors pretty much play it straight. Tom Hiddleston tries to look and speak as much like a tough mercenary as he can, while Brie Larson is as convincingly annoying as a pacifist photographer would be in a situation such as this. Even John Goodman tones down what could have been an opportunity to go full-on crackpot, instead keeping his Carl Denham substitute fairly subtle. The writing in general (again, with the exception of two characters) stays fairly on the nose, avoiding the sense that Skull Island is mocking its own genre.

Where then, does the giddy playfulness come from that turns Kong: Skull Island into a delight for monster movie fans? Quirky compositions, jittery editing, and madcap action choreography that can only be described as sarcastic filmmaking packs a pleasing punch, lovingly embracing the escapist delights of such a tall tale, while gently poking some good-natured fun at it as well. Director Jordan Vogt-Roberts rarely fails to keep things lively and off-kilter, even during traditional exposition beats. He finds the visual humor in nearly every situation, from two enemy pilots crashing on a sandy beach, to a mundane slide show during a preparatory meeting, and all throughout scores the insanity to the sounds of the radio-friendly seventies. Impish cuts will keep viewers on their toes, quickly transitioning from downtime to action spectacular in a flash, while also occasionally inserting witty juxtapositions, such as a well-placed shot of a guy eating a sandwich, that only add to the lighthearted vibe. It’s cinematic cotton candy, but sometimes that’s exactly what you’re looking for on a sunny day.

Though the end gives in a bit by going down a more traditional route, it’s a momentary lapse in judgment, and certainly doesn’t cast a giant ape shadow on the zaniness that came before. Nothing in Kong: Skull Island is the stuff of accolades, and everything from the paper-thin plot to absurd character behavior is open wide for targeting (even the setting seems completely wasted, as if only used for its music and association to a certain Francis Ford Coppola film), but none of this will matter for those who get their kicks more from late-night schlock than droll attempts at emotional creature drama. What this journey to a Syfy channel-esque place where behemoths can battle other behemoths without mangy monkey suits or ludicrous love stories lacks in meaty depth, however, it more than makes up for by settling for the happiness that a rip-roaring good time can bring to the masses. 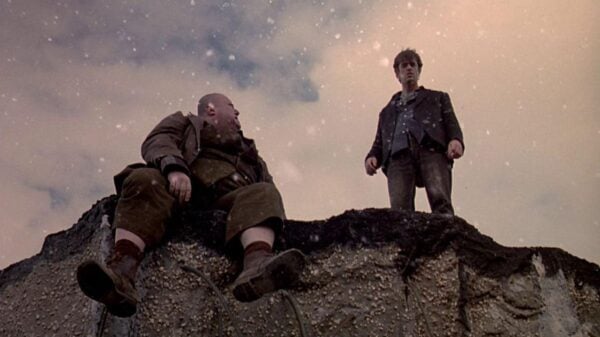 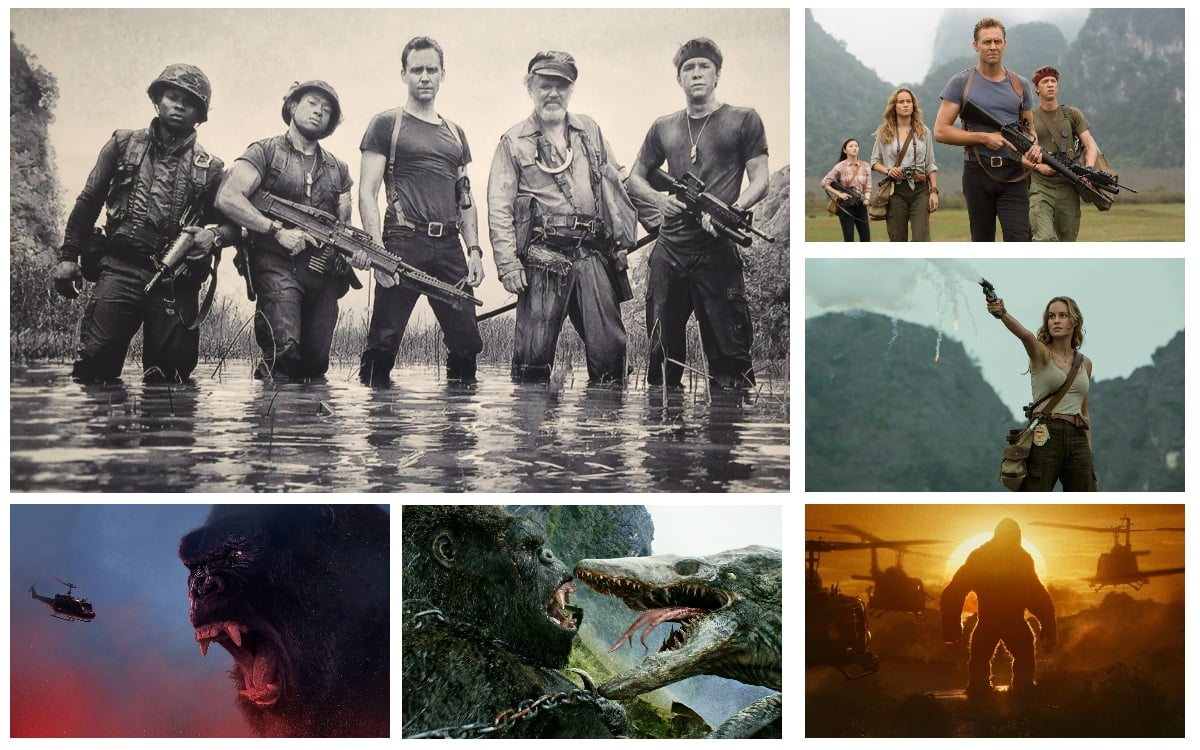 Sordid Cinema Podcast #511: Kong: Skull Island and the History of the Series