Trying to make ends meet in New Orleans’ legendary French Quarter, high school student Danny Fisher (Elvis Presley) works as many hours as he can as a busboy at a nearby lounge owned by Maxie Felds (Walter Matthau), a feared individual capable of bending people’s will through sheer influence throughout the city’s underbelly. When Danny is told he won’t be graduating (again), he makes the decision to quit school for good, but that is only the first step in a wild, dangerous misadventure that awaits him, his down on his luck father (Dean Jagger), sweet, very innocent Nellie (Dolores Hart), who clearly has a thing for the protagonist, and Maxie’s mistress, Ronnie (Carolyn Jones), with whom Danny shares obvious sexual tension. Finding work as a singer at the King Creole, run by the benevolent Charlie LeGrand (Paul Stewart), earns Danny a level of fame throughout the quarter, but the ire of Maxie, the man he used to work for.

The name Elvis Presley is synonymous with popular American music of the 20th century. Regardless if one loves his style, hates it, or is totally indifferent, there is no point in denying the impact he left on the music scene during his career, an impact still felt to this day. He was called ‘The King’ after all. What is not as familiar to the general public, least of all those born long after Presley’s passing, was his extensive career as a film actor. Now, there is an important caveat to that statement. The better part of his filmography is littered with mediocre, if not downright poor, romantic dramas that served little purpose other than to market the man himself. Rarely was genuine, emotionally complex storytelling accomplished with significant character arcs, unlike, for example, in several Frank Sinatra cinematic ventures (Suddenly, The Manchurian Candidate, From Here to Eternity).

Lauded director Michael Curtiz, one of the driving forces behind such gems as Casablanca, The Adventures of Robin, and Angels With Dirty Faces, was never going to direct a mediocre musical drama, Elvis Presley or not. Nay, King Creole, a noir from the latter stages of the movement’s classical period, features a handful of musical interludes, but each helps serve the plot in some capacity, a dark, oftentimes unforgiving plot at that. Given the star’s popularity, there was little chance of the film not featuring any songs whatsoever (and in fairness, Elvis was a solid signer and a terrific stage performer), yet when they are performed, it is always in logical service of a specific moment in the story. It might be because Maxie wants to confirm his mistress’ claim that Danny actually can sing, which would shield Danny and Ronnie from the mobster’s wrath, at least temporarily. It might for his first night at the King Creole where he impresses a large, receptive crowd, much to the delight of his new employer, Charlie LeGrand. An argument can be made that there are one or two numbers too many included, but overall they are sufficiently organic to the overarching tale.

No one will bat an eye when learning that said musical numbers are pulled off with vintage Presley aplomb. The element worthy of special mention is that director Curtiz gets a legitimately decent performance out of his leading man. While nothing earth-shattering, Presley can and does portray his Danny Fisher with an interesting balance of fiery youth and vulnerability. As a young man just entering adulthood, he sees himself as the family member that needs to take charge. His relationship with his father is rocky, less because of any long-standing gripes and more because the patriarch is, for lack of a better term, a softy. He can get pushed around quite easily and fails to stand up for himself on a regular basis at work. Danny has no desire to be like the spitting image of his father, therefore he engages in riskier acts with a level of brashness that would have some question whether he is his father’s son. Simultaneously, his complicated relationship with Ronnie and Nellie, two women who could not be more different, brings out his vulnerability. As far as his acting is concerned, King Creole is probably as good as it ever got with Elvis.

On the topic of acting, there is a slew of fantastic supporting players to help anchor the drama and testy romances. Carolyn Jones is utterly brilliant as Ronnie, the desperate mistress to a vile creature that both try to preserve a hair of superiority through association whilst crumbling underneath the pressure of living under the illusion of comfort. One could surmise that Jones is playing one of the earlier versions of the ‘hooker with a heart of gold’ character. No, she isn’t quite a hooker, and her heart of gold takes some time to reveal itself, but the analogy is not so far fetched all the same. Maxie, her lover, could not be played with more sneer and verve than he is by the great Walter Matthau. Not so old at this time, but very, very grumpy when he wants to be, Matthau demonstrates with skin-crawling conviction his ability to switch on a dime. There are a couple of scenes when, even though he isn’t exactly the most threatening physical presence, one would never dare cross him. Dolores Hart, who incredibly enough when on to become a nun later in life, is the sweetest thing as Nellie, and Dean Jagger and Paul Stewart put in well-rounded performances.

Certainly what further emphasizes the argument that King Creole deserves its rightful place in film noir lore, apart from the delicious, inky photography courtesy of Russell Harlan, is the disastrous predicaments poor Danny both finds and digs himself into. King Creole is a perfect example of the classic trajectory of a protagonist who not only makes a couple of disappointing decisions that land him in hot water, but whose attempts to correct past mistakes only thickens the fog of danger. The film does not shy away from bringing great harm to Danny and those he cares about, with his father, in particular, being the victim of a terribly botched plan originally devised to actually help him. If one is to liken Presley to Sinatra once again, King Creole is, in some ways, Presley’s Manchurian Candidate. His character is ultimately decent yet very flawed, with said flaws doing him no favors in a story that taxes him emotionally and physically in ways that must have come across as shocking back in 1958. The film definitely earns points for aiming and successfully dabbling in very dark material at times.

It’s interesting that King Creole is rarely brought up when discussing either the films of director Michael Curtiz or those of its inimitable star. It is fair to argue that the picture does not break the mold of crime dramas, yet at the same time its production, script, and acting are quite accomplished by and large, with special emphasis going towards the overall look. It’s a beautiful film to admire and has a rich story to share as well. What’s more, it is a rare cinematic trip to New Orleans. New York, Los Angeles, and San Francisco are so regularly the hosts of noir nightmares, that the southern city’s aesthetic and sonic pleasures make for a refreshing change of pace, much like in Otto Preminger’s Panic in the Streets. Those reticent about spending nearly two hours with Elvis Presley the actor need not worry. He’s fine in the lead role and the movie has several other quality ingredients to offer. 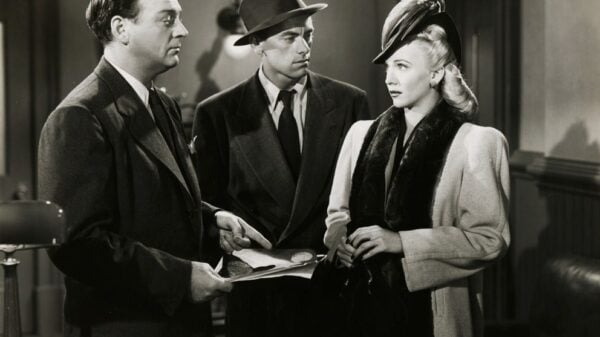 Behind Green Lights Goes The Route Of Comedy With Mixed Results

This private sleuth has two mysteries to solve at once...Twice the thrills and double the excitement!!! 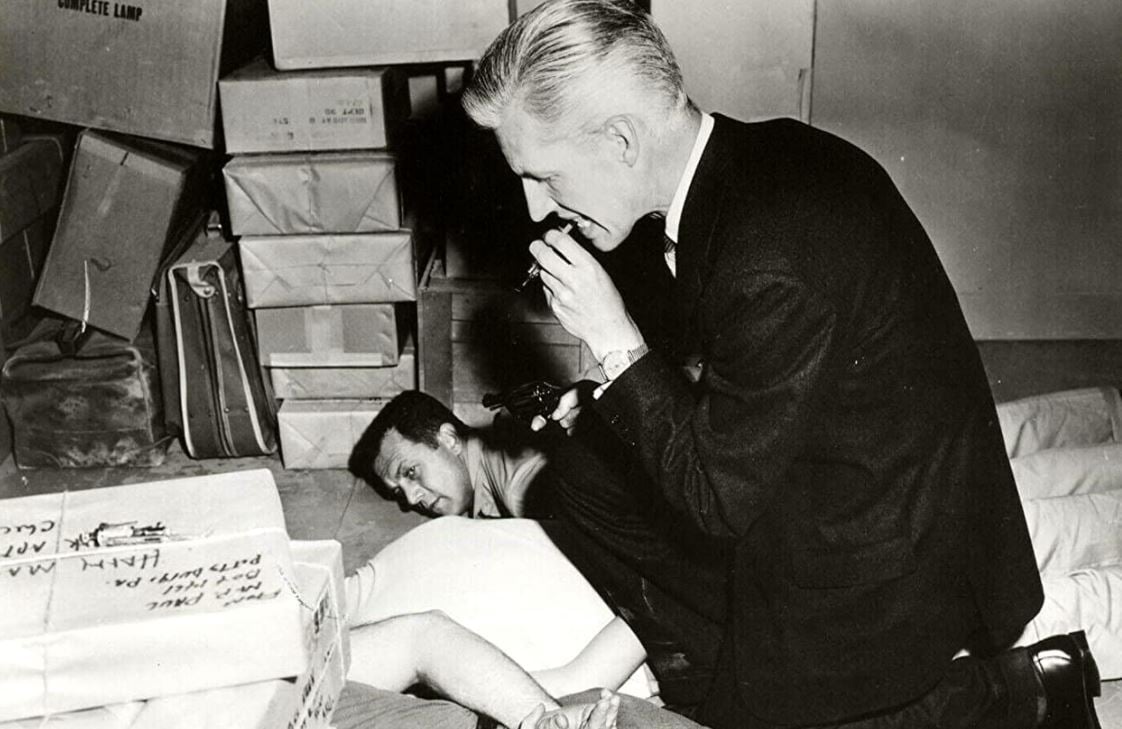 Friday Film Noir The longevity of television’s Dexter speaks to audience interest in and creative potential of the premise in which an authoritative figure, a Bloodstain...

An investigator from the War Crimes Commission travels to Connecticut to find an infamous Nazi. 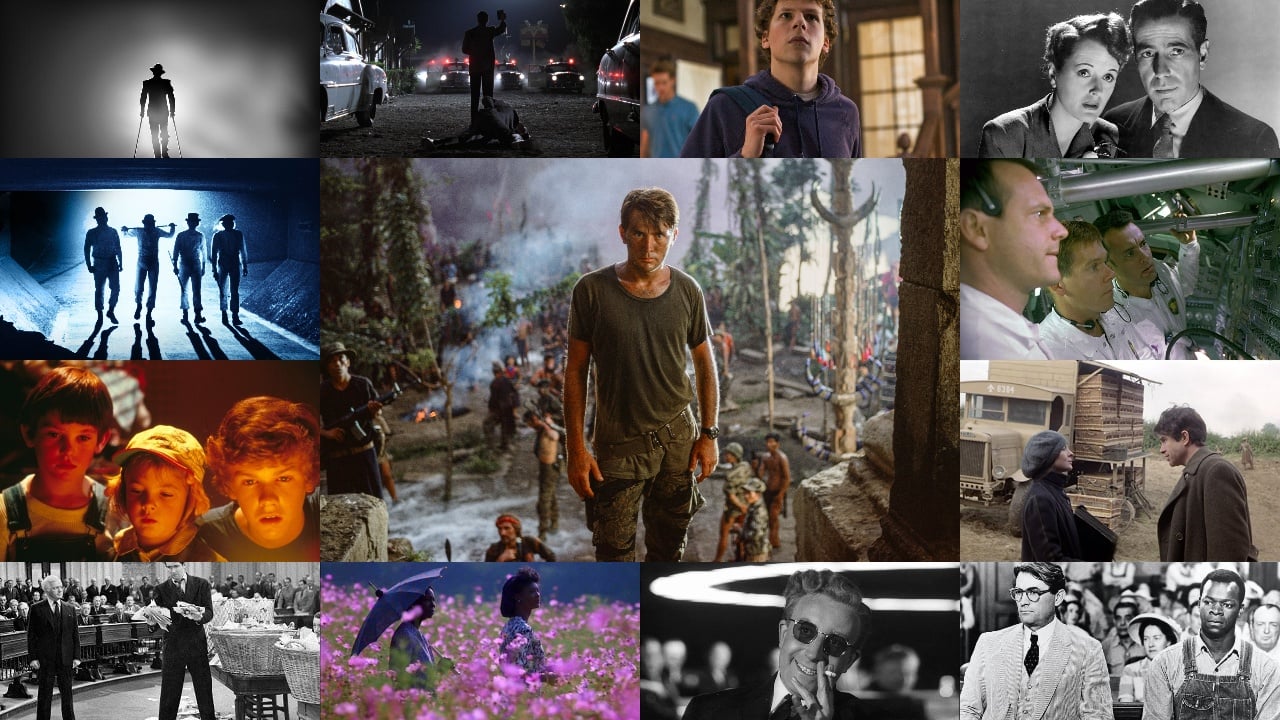