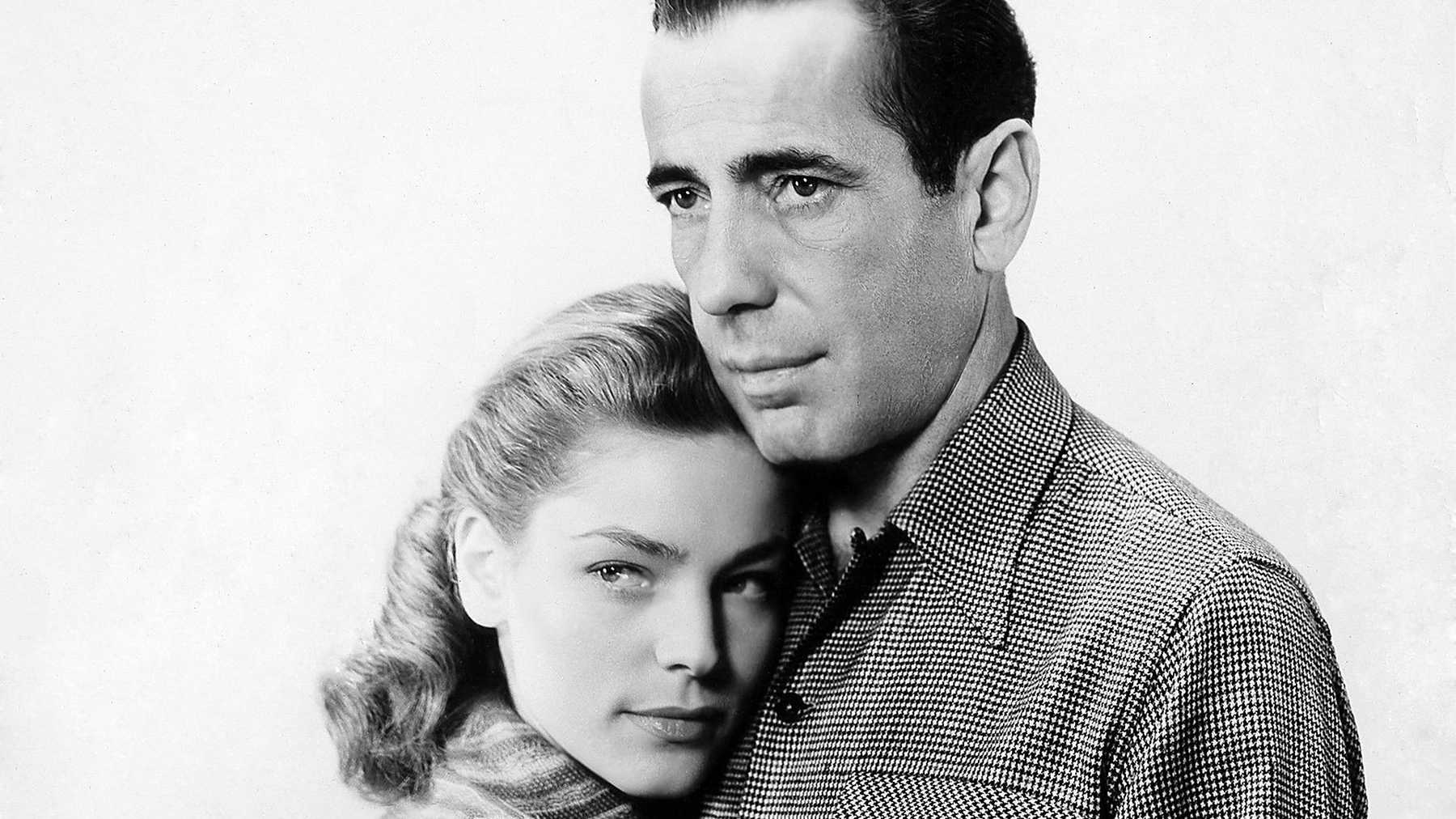 Travelling by bus through the muggy Florida Keys, Maj. Frank McCloud (Humphrey Bogart) finally arrives at his desired destination: a modest hotel run by the father and widow of a friend he lost during the recent war effort. James Temple (Lionel Barrymore) and Nora Temple (Lauren Bacall) greet him with open arms, eager to learn more about what happened to their loved one during combat in Italy. Much to Frank’s concern, however, several of the establishment’s current occupants have a dirty look about them. Their claims to wanting to make friends are off-kilter and plainly disingenuous. As a terrifying tropical storm begins cooking outside, inside the hotel the leader of the scruffy-looking band reveals himself to be none other than the infamous hoodlum tycoon Johnny Rocco (Edward G. Robinson), recently exiled and now wanting to make a splashback on U.S. soil before fleeing to Cuba. Frank, Nora, and James are their hostages for the next few hours, but the intensely unstable climate outside is mirrored with flaring tempers within the building…

Apart from being an all-around accomplished filmmaker irrespective of genre, John Huston is synonymous with film noir. One need only skim the man’s legendary filmography and stumble upon titles such as The Maltese Falcon, The Treasure of Sierra Madre, and The Asphalt Jungle to understand just how impactful he was during a time when noir was burgeoning. Key Largo, whilst still fondly remembered by some, is not cited as frequently as the aforementioned trio of classics when discussions of Huston’s career arise. One of four collaborations between Bogart and Bacall (who were also husband and wife), Key Largo is a smartly told story of individuals operating on either misguided ideas of grandeur or the sort of quiet heroism that can be mistaken for cowardice. Two starkly opposing approaches to challenges log heads throughout the picture in brilliant fashion, providing Huston’s film with the sort of heft rarely found in thrillers, be they of the classic noir era or even today.

Despite the presence of starlet Bacall (effective even though her role feels curiously limited compared to some of her other pictures) and lesser-known but no less talented character actors Lionel Barrymore and Thomas Gomez as one of Johnny Rocco’s henchmen, the movie’s centerpiece is definitely the game of wits pitting Rocco against McCloud. The latter is not the war hero one would come to expect. He is a rather taciturn fellow, for the most part, only speaking when prompted to by circumstance or via direct questioning. His feelings towards his wartime exploits are never explicitly laid out one can discern through his demeanour that he is none too proud of them. James Temple’s polite and reverential attempts to call Frank ‘Major’ are met with an equally polite reminder that he is no longer in the army and need not be identified by such a title. Frank’s journey is that of a man searching for himself, a man who goes where the wind takes him.

The fact that he is not prompted to take a violent course of action once Rocco and his gang make their purpose clear speaks volumes about the protagonist’s subtle approach to resolving problems. He is more tactician than a soldier, committing himself to the cause of justice and the defense of others by means that some are ill at ease with whilst others at first interpret his attempts as somehow proof that he lacks the necessary courage to stand up for what is right. Bogart is not known to have ever given a poor performance. Frankly, he probably could not give a bad performance even if he purposely tried. His effort here is quite interesting insofar as the role of Frank demands a difficult balance of world-weariness and cunning. Frank is tired of danger but still musters the energy to combat it when it presents itself.

Contrasted against Frank’s covert ways is Rocco boisterousness. Once a criminal of sensational repute, his time in exile has reduced his stature to that of a common crook on the run. What he lacks in influence (albeit still retaining some as evidenced by one of his gangster liaison’s who comes in the nick of time through the storm to close a deal) he makes up for in personality. What’s more, the viewer quickly learns that feeding his imaginations is as simple as child’s play. Frank plays a psychological game with Rocco throughout the film, testing him in subtle ways that reveal the satisfaction the gangster reaps from self-aggrandizement. Even though it makes for savory speechifying on his part Whether Rocco is delusional or not in his dreams of once again becoming an ‘important figure’ in America is almost beside the point. The threat that represents his sheer personality is real enough. Rarely has Edward G. Robinson been provided the opportunity to behave so mischievously. The role that made him a household name, Rico Caesar in Little Caesar, was not nearly as misogynistic or brutally violent as that of Johnny Rocco. Rocco is downright inhuman at times, taking pleasure in the misery of others.

Their tête-à-tête lasts until the final few frames of the picture as Frank is taken hostage for the villains’ escape to Cuba for he is the only one with the experience to steer a ship. Director Huston ends their confrontation in very much the same way as it had occurred up until the tipping point, with Rocco wildly shouting and taunting his way out of trouble all the while Frank bides his time, waiting for the right moment to perform a final move. In addition to being brilliantly acted, the story is smartly directed. Director Huston often took a liking to share the tales of conflicted characters, even those who aren’t fully aware that they are conflicted.

Key Largo is both pulpy and thought-provoking. The obvious allusions to sexual abuse, the overt racism demonstrated towards Native Americans (one of the odder inclusions into the story), the misogyny, all of these are balanced out by an intelligently woven battle between two wildly different personalities. True enough, Maltese Falcon and Asphalt Jungle have a greater sense of style about them and in that sense Key Largo might be considered a ‘lesser’ film, but lesser John Huston is plenty better than most other films in any event. 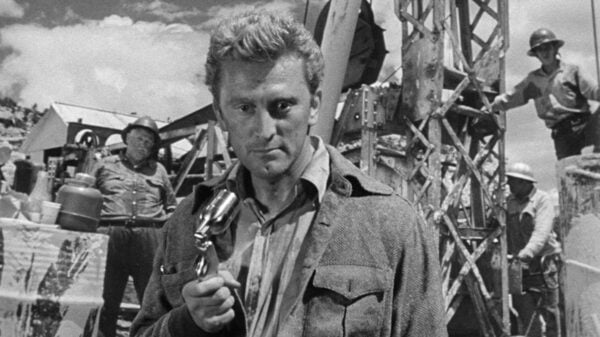 Rough, tough Chuck Tatum, who battered his way to the top ... trampling everything in his path - men, women and morals ! 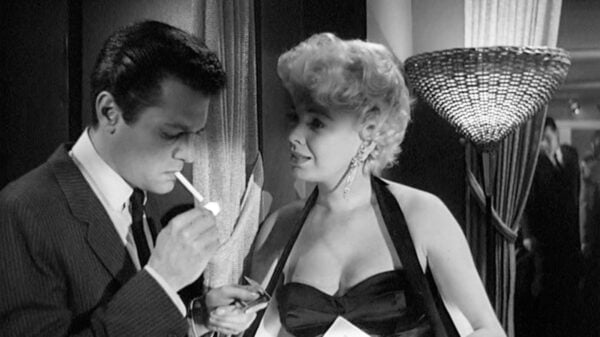 The almighty J.J. ...the columnist with sixty million believers ...his wrath is feared by the great and near great who worship the sweet smell... 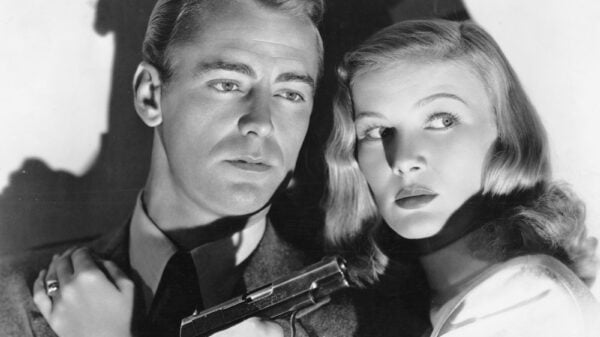 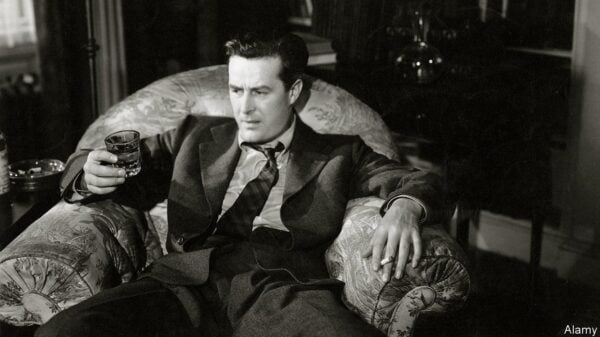 Friday Film Noir: The Lost Weekend Billy Wilder’s films are perfection. From Double Indemnity to Some Like It Hot, Wilder never made a bad film. And while...