A sentence I never imagined I would utter: Jurassic World: Fallen Kingdom helped me to better appreciate Colin Trevorrow’s Jurassic World (2015). That’s not something I would have believed possible only a few days ago; that revival of Steven Spielberg’s wildly popular series, was littered with forgettable set pieces and derivative sequences, as well as homages to Spielberg that lacked his genius for compelling relationships and stunning visuals. But that film at least had a little heart, and it lucked out on a cast with enough chemistry to make up for Trevorrow’s clunky screenplay. In Fallen Kingdom, he and co-screenwriter Derek Connolly return, this time with J.A. Bayona directing. Though the new film is more stylish than its recent predecessors, Bayona can’t save Fallen Kingdom from the incredible dumbness of its screenplay.

In the aftermath of the disaster from Jurassic World, the strategy of the US and other world powers seems to be to just pretending it never happened. The remaining dinosaurs live out their lives on Isla Nublar, seemingly in some kind of homeostasis. That is, until a dormant volcano suddenly becomes quite active, threatening the monumental inhabitants of the island. In a sequence that’s particularly of the moment, members of Congress announce that their solution is to do absolutely nothing.

In the years since the destruction of the park, Owen Grady (Chris Pratt) and Claire Dearing (Bryce Dallas Howard) have cut off their hastily consummated relationship. She works as a lobbyist to spur on Congressional action to save the dinosaurs; he lives in a van. Their new lives aren’t particularly settled, and it takes only a tiny nudge to bring them back to the island. The great James Cromwell plays Benjamin Lockwood, the heretofore unmentioned partner of original Jurassic Park inventor John Hammond. The two men developed the cloning technology that made the park possible, and now he and his aide, Eli (Rafe Spall), hope to ferry away as many dinosaurs as possible before the island is engulfed in flames.

It’s fairly obvious that something will go wrong with this whole plan. Chances are you’ve already guessed some approximation of how this rescue mission will be bungled, which is the problem with Fallen Kingdom — every aspect follows a completely predicable schematic. Anyone who has seen Jurassic Park/World will see the twists coming a mile away. Bayona’s approach is to treat this iteration more like a horror film — in the spirit of Spielberg’s original — but along the way he, Trevorrow, and Connolly learn the worst lessons from the genre while making the characters embarrassingly empty-headed. It’s not that the audience has any special knowledge; Pratt and Howard are just playing total dunderheads. 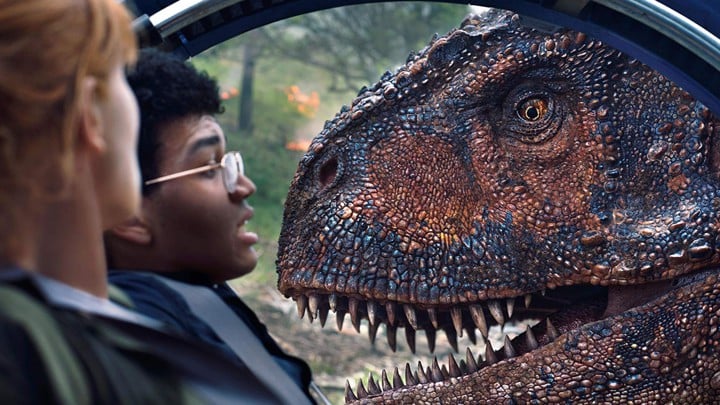 Despite his inability to rein in the worst impulses of the writers, Bayona is a talented visual artist and responsible for the elegant look of the film’s final third, which transforms into a haunted house movie. He masterfully paints with shadows, but he lacks the sense of timing necessary to fully develop the suspense. Everything moves too quickly, rather than slowing down to create a sense of dread. This pacing problem is evident from the first scene. Like all the Jurassic Park films, this one also opens with a horror-style scene of violence, but every shot of it runs a second — or even a fraction of a second — too short. The too-quick cutting starts to add up, and when we arrive at what is supposed to be a suspenseful conclusion to the scene, it falls flat on its face. Not enough time has been spent to escalate the dread and suspense. The dramatic opening never has its intended impact, setting the film up on a disappointing note.

Anyone who has seen Jurassic Park/World will see the film’s twists coming a mile away.

Bayona isn’t just unable to build suspense when it’s most needed — he also allows Trevorrow and Connolly’s weak screenplay to corrupt potentially interesting new characters. Daniella Pineda, who was so vivacious in last year’s Mr. Roosevelt, plays a paleoveterinarian who is left with little to do and some truly horrible lines to spout out. She’s got undeniable charm, but she’s either forced to recite meaningless mush, or sidelined in favor of Pratt and Howard. Justice Smith provides some welcome comedic relief as a glorified IT guy who comes along on the mission, but the comedy mostly relies on him humiliating himself; he just becomes the guy who screams at every new shock, which quickly gets old. Least forgivable is James Cromwell’s introduction as a kind of John Hammond-lite. Cromwell is the sort of actor who can improve even terrible films, but his role in Fallen Kingdom is insultingly shallow and trivial. (For a display of his range, program a double feature of L.A. Confidential and Babe.) It’s stunt casting at its worst, but rather than showing off an actor’s skills, the point is merely to parade him around in front of the camera. 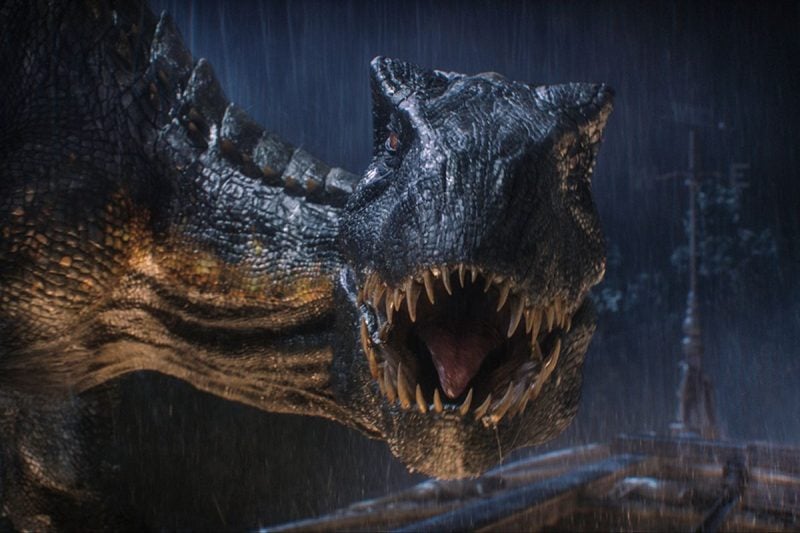 A popular sentiment among critics of Fallen Kingdom suggests that the filmmakers forgot what was so great about the original Jurassic Park. The actual problem is that they’re far too aware of what made it such a great film. Bayona steals a number of shots directly from the original, any of which would be a loving homage in isolation, but over the course of two hours they seem to suggest that he has run out of ideas. When the original film sees a velociraptor racing toward a child trying to hide in a kitchen cabinet, it’s genuinely exhilarating and frightening, but when Bayona copies that shot, merely transposing it to a dumbwaiter instead of a cabinet, it loses most of the shock and suspense. We recognize the shot as an update on Spielberg’s original, but it’s so faithful that we also know exactly how it will turn out. Bayona’s film turns into a kind of visual limerick, in which scenes rhyme with earlier ones from the Spielberg film. The problem with limericks is that their rhyme schemes are so simple that you can pretty easily guess what word they’ll rhyme next.

It’s clear from the ending of Fallen Kingdom that the next film in the series will at least offer something new. Fallen Kingdom tries to play it safe by aping the earlier films in the series, but like all copies of copies, it loses definition and barely resembles the original.

This Week in Gaming News: Minecraft Joins in with the Sony Bashing

I’m sorry you had to watch this. After giving Jurassic World a fair shake and nearly leaving the theater in numb despair, it would take a surprising turn of greatness to get me to watch this.