If you’re an anime and/or manga fan, chances are you’ve stumbled across Weekly Sh?nen Jump. Hordes of acclaimed Sh?nen manga, from Dragon Ball to One Piece, reach their vast audiences via the pages of this weekly manga magazine. The recently unveiled Jump Force, courtesy of Spike Chunsoft and Bandai Namco, sees our favourite Weekly Sh?nen Jump icons battling it out in visceral bouts of power.

Us anime nerds here at Goomba Stomp asked ourselves who we’d love to witness facing off against the likes of Goku and Luffy. From the predictable to the unexpected, here are our picks for the characters we hope to see stepping into the Jump Force ring next year. 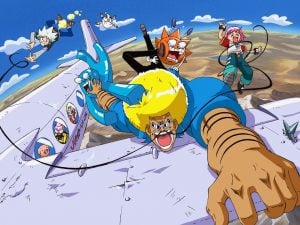 Every good fighting game needs a troll character. Super Smash Bros. has Mr. Game & Watch, Skullgirls has Peacock, and Jump Force can have Bobobo-bo Bo-bobo. The man famous for mastering the Fist of the Nose Hair, Bo-bobo has a wide variety of attacks the team at Spike Chunsoft could pull from. Long range nose hair whips? Check. Close range kicks and punches? Yep, those are found throughout the series too.

However, the thing that makes Bobobo-bo the perfect troll character is his complete disregard for logic. Bobobo-bo can literally change the rules of his universe at will. He’s done everything, from transforming into different objects, to turning into a Super Saiyan (yes, you read that correctly). He’s been known to fight traditional tough guys with silly, totally nonsensical things like incessantly ringing phones and confusing math equations. If Spike Chunsoft wanted to, there’s a chance that every fight with Bobobo-bo could feature different gags and moves from the manga and anime.

Of course, Bobobo-bo not relying on logic could easily make him overpowered. If we’re being realistic, he would need to have a distinct moveset that players could learn to counter. Nonetheless, seeing Bobobo-bo twirling around the screen and defeating Sasuke by beating him in a fishing contest would be the best thing ever. 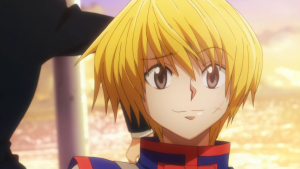 Hunter x Hunter carries many faults, from its speed of a snail pacing, to its underutilization of Leorio, Hisoka, Canary, and other such endearingly entertaining characters. One such neglected character is Kurapika, where beyond his prominent feature during the Yorknew City arc (the strongest arc of Hunter x Hunter’s 148 episode anime), is granted disappointingly little screen time.

Gon and Killua’s inclusion in Jump Force boasts a 99.9% probability, given they’re center stage faces of the super famous franchise. However, the inclusion of Hunter x Hunter’s non-primary cast members would serve as a pleasant surprise. With a compelling backstory, and some nifty whippy chain skills to boot, Kurapika is a reminder of the potential that Hunter x Hunter squandered, alongside a captivating selection for some potential Jump Force ass-kickery. 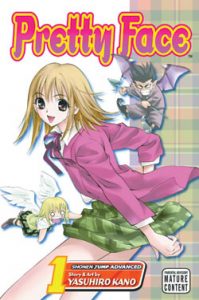 Masashi Rando is one of the rowdiest guys out there. With a black-belt in karate, a mouth that would make even a sailor sick, and a “no bullshit” kind of personality, he’s about as confrontational as an anime or manga character can get. Yes, that is him featured in the picture above. No, he was not genderbent into a girl.

Pretty Face is a rather unique and unknown comedy manga series that, despite being one of my personal favorites, I had no idea was even a Sh?nen Jump title until I was looking through the list for this article. Poor Masashi finds himself in a bus accident that leaves him unrecognizably burned. Without any sort of identification on him at the time, a genius(?) plastic surgeon assumes the picture of Masashi’s crush that he carried with him must be his appearance and sets out to reconstruct his body to match (with the one exception that Masashi is still a male). Hilarity and misunderstandings ensue that eventually lead to Masashi assuming the identity of his crush’s long lost sister, Yuna. Thus, Masashi’s new life living as his crush’s sister begins.

Being a martial artist, it’s not too difficult to imagine how Masashi could fight in Jump Force. Despite his new form he still retains all the skills and force he had prior, meaning he can still pulverize anyone in his path. The catch is that Masashi is always worried about blowing his cover. He may let his emotions get the better of him and introduce someone’s face to the ground, but he always tries to backtrack and play it off as something any normal high school girl could do. It’s this dichotomy between his male instincts and female facade that creates some truly hilarious situations.

Translate this to Jump Force, and you get a character of great comedic potential in addition to just being fun to play as. Having him pummel opponents, get carried away, then realize what he just did and immediately turn around an apologize in an overly cutesy, almost cringe-inducing way is a recipe for awesome fun, especially with the potential of amping that dissonance up to eleven with his special finishers.

Jump Force is gonna have all the big warriors from Shonen Jump’s extensive manga history. Of course, this means Son Goku and his most iconic foe, Frieza, from Dragon Ball. I imagine Goku’ll be front and center on the box, next to Luffy and Naruto. Still, there’d be no better way to honour their most iconic franchise than including the one true OG: Master Roshi.

Master Roshi was one of the first characters to be introduced in Dragon Ball. Initially introduced as comic relief, Master Roshi would go on to become Goku’s first teacher (unless you count Grandpa Gohan, offscreen). Roshi is the creator of the iconic Kamehameha, which took the old man decades of work; much to his chagrin, Goku copied the technique in a few minutes.

Master Roshi’s inclusion in Jump Force would show that the game’s developers respect the roots of one of Shonen Jump’s most internationally popular series, and his humorous nature might serve as a much-needed foil to some of the darker characters in the game. 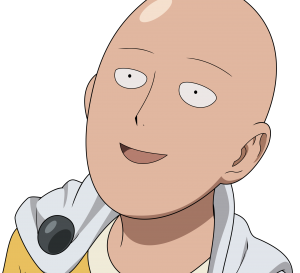 How would Spike Chunsoft effectively and fairly implement Saitama into Jump Force, taking into account that the fundamental staple of his existence is he’s infinitely, jaw-droppingly, unbeatably powerful? Simple: make him infinitely, jaw-droppingly, unbeatably powerful! Saitama, true to form, should be overwhelmingly stronger than every other character on display, with a moveset bolstered by near flawless defence, speed, and strength.

An intentionally overpowered joke fighter, and a perfect pick for fighting game newbies looking for an easy ride (just ban the bombastic baldy from tournaments).

I played Jump Force at E3 and there is something wrong with the game. I won every match in less than 30 seconds. I wasn’t impressed. But it looks great!

Hopefully they balance the gameplay further down the line. I agree, I adore the graphical style!