Todd Phillips’ Joker has probably been the most controversial, argued about, and think-pieced movie of 2019 to date. Some of that discussion has been illuminating at times, but much more of it has been something else entirely.

There have been several different flavors of strange Joker discourse from several different corners, including those of varying political viewpoints and even different opinions about the film itself. We’ve had over-the-top praise and derision. We’ve had hand-wringing about both the film’s on-screen violence and the potential for it to inspire bloodshed in real life — including a warning from the U.S. government. We’ve had worries that the film was validating the views of “incels,” or possibly the specific persecution fantasies of white male stand-up comedians. There have even been (as is often the case) baseless conspiracy theories about film critics supposedly acting to undermine the film and its Rotten Tomatoes score.

But there’s one faction voicing opinions of Joker that’s particularly indefensible: those who have written pieces about their refusal to see it.

This trend began with a widely shared series of social media posts in early August — weeks before the author or anyone else had seen the film — about why Joker was “problematic.” Closer to Joker‘s release came the think pieces. There was one in Vogue (“Why I Won’t Be Seeing the New Joker Movie”), and others in No Film School (“I won’t see Joker. Not this weekend. Not ever.”) and WV News (“I assure you that I will never, as in ever, see “Joker.” I won’t see it at a theater or on TV, not on a porch or in a tree. That’s the way it’s going to be.”)

Now, there’s absolutely nothing wrong with someone choosing not to see Joker, or any other movie. If one finds comic book movies, violent movies, clowns, or the work of Todd Phillips something not to their taste, there’s absolutely nothing wrong with that. Which movies one goes to see are their personal choice, and no one should be forced to see anything.

However, it’s practically an insult to film discourse for someone to write a piece — and get paid money for it — simply declaring their desire to not see something, dragging that particular film through the mud without giving it the benefit of actually watching it. The tendency sends a clear message to critics: why should you actually go see movies when you can just write about your refusal to do so? At a time when the economics of digital journalism are making it harder and harder for movie writers to get work, it’s absolutely unconscionable for any outlet to assign this sort of piece.

For one, these think pieces seem mostly based on the understanding that emerged about Joker from its trailers and marketing campaign — much of which are not borne out by the actual movie. No, the Joker character is not depicted as an “incel,” and his rejection by women has little to do with his motivations. No, the film does not treat him as a hero, or even an antihero (he’s a villain.) The freakout about violence at the cinema not only hasn’t come to pass, but seems largely inspired by incorrect initial media reports (and repeated in the above tweetstorm) that Aurora theater shooter James Holmes had either claimed to be the Joker, or had dressed as the character while he killed 12 people on opening night of The Dark Knight Rises in July 2012.

Also, while Joker is certainly violent, isn’t uncommonly so by the standards of modern-day R-rated movies. And the comedian aspect has more to do with Phillips’ desire to pay homage to Martin Scorsese’s The King of Comedy than anything having to do with modern-day comedy club politics.

This kind of sight-unseen critique, with writers snidely pontificating about specific movies without the benefit of seeing them first, isn’t a new phenomenon . There was last year’s freakout about the nonexistent “lack of American flags” in First Man, which could only have been launched by those who hadn’t seen the film.  Many of us remember Glenn Greenwald trashing Zero Dark Thirty before he saw it, or the review of American Sniper in The New Republic that mentioned in the fifth paragraph that the author had not seen it.

The purpose of this essay is not to defend the Joker film itself. In fact, this reviewer mostly disliked Joker, finding it an overwrought exercise that depicted a not-particularly-interesting incarnation of the famous villain. While the production design is impressive, the film’s primary innovation was in pulling its Scorsese mimicry from Taxi Driver and King of Comedy rather than Goodfellas and Casino. That conclusion, however, was gleaned from actually going to the theater and viewing a screening of the movie.

But the “I refuse to see this movie” essays are a symptom of another phenomenon: Joker seems to have broken people’s brains, and made them stupid.

I think there’s a reason for this. Joker — both the real movie and the pretend one imagined by those who haven’t seen it — touches on a virtual laundry list of subjects that are controversial in 2019 America: violence, guns, racism, fears of urban civil unrest, mental illness, the plight of disaffected and lonely men, “cancel culture,” scary clowns, bitter and long-running feuds between both Marvel and DCEU loyalists and critics and fanboys, and the persecution complex held by too many male nerds who aren’t quite satisfied with the vast majority of mass popular culture being pitched directly at them.

Joker‘s politics are also something of a muddle, meaning that a lot of viewers — and, yes, non-viewers — seemed content to cherry-pick from them, and to extract a political message. The director jumping in with an interview days before Joker‘s release to denounce the “woke” turn comedy has taken added even more fuel to the fire.

All of this has led to a great deal of strong and passionate opinions about Joker, its various aspects, and even ancillary stuff like critical reaction and how hypothetical filmgoers might react. And a lot of people, it seems, have seen it fit to graft their existing opinions and prejudices about those subjects onto the film — an action that doesn’t require them to have actually seen it.

Argument and disagreement are a healthy thing for cinema culture. But it’s not too much to ask that those participating in these arguments actually see the film in question before deigning to write about it. 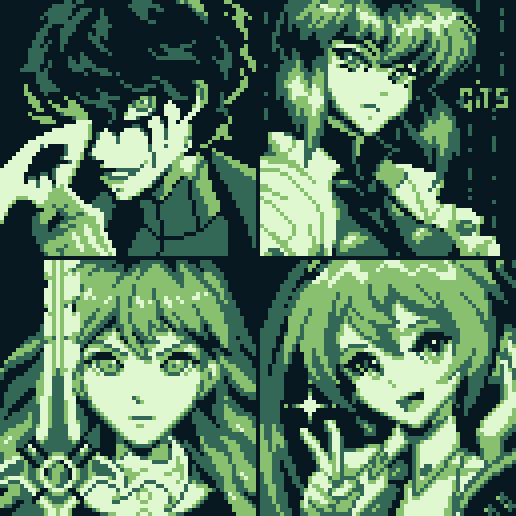 It’s always interesting to stumble upon amazing creators whilst pursuing social media and that’s exactly what happened with the content that I am writing...

The Joker 80th Anniversary Feature For 80 years Joker has entertained us and taken on many forms. Sometimes he has delighted with campy antics...

The Best Movie Trailers of 2019

They exist to sell a product, but there’s also something about movie trailers that inspires certain ticket buyers to get to the theater early:...