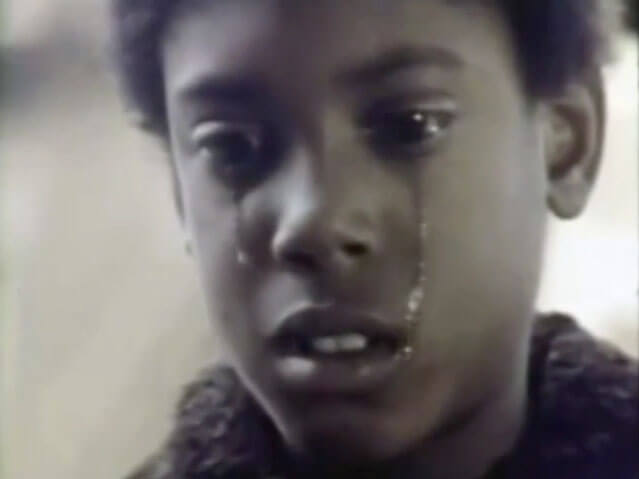 Join us as we spend the next 25 days writing about some of our favourite Holiday TV specials! Today we look back at the unsung gem, J.T.

Those who have seen J.T. will never forget the emotional impact this heartfelt drama has. Nor will they have forgotten the heartbreaking moment in which the cat is hit by a car. Priceless because it catches the sights, sounds, and moods of a city that are of a bygone era, watching J.T. is like being present for the opening of a time capsule, giving us one a look back at pre-Giuliani NYC. Brilliantly written by Jane Wagner and based on her own book of the same name, J.T. will capture the hearts of many, as we witness the young boy create a wellspring of comfort for his newfound pet in an abandoned apartment complex.

Winner of a Peabody Award, J.T. is also a story of a single mother’s struggle to be independent and support both herself and her son, while refusing to allow the ghetto life to break the family’s optimism. Come the teary denouement, this story will warm the coldest of hearts and challenge even the most hard-hearted moviegoer. There is a wonderful surprise at the end when a local grocer and his wife offer the young boy a second chance. Kevin Hooks is amazing in the lead, as is Ja’Net Dubois who plays his overworked mother, who tries her best to supply for her family while slaving away and working a low-paying job. Sensitively directed and rarely over-sentimental, this touching parable will likely ravish the emotions of cat lovers everywhere.

How Christmassy is it?

There isn’t much Christmas cheer, Christmas music, holiday shopping, decorations and so on, but the special ends on an uplifting note – one that rings true with Christmas spirit. So I would say 50/50.

If you are nostalgic for the late 60’s New York City or are an animal lover.

It stars actor Kevin Hooks as the young lead. Hooks currently works as a director for several hit TV shows including Lost, 24, Monk and Prison Break. The role of J.T.’s mother is played by actress Ja’net DuBois, who also appeared as the upstairs neighbour, Willona, on the groundbreaking 1970s sitcom Good Times.

Watchmen Season One Episode 8 Review: “A God Walks into Abar”

Have You Ever Been Too Dumb for a Puzzle Game?

I Fell Down the Hololive Rabbit Hole, And I’m Glad I Did