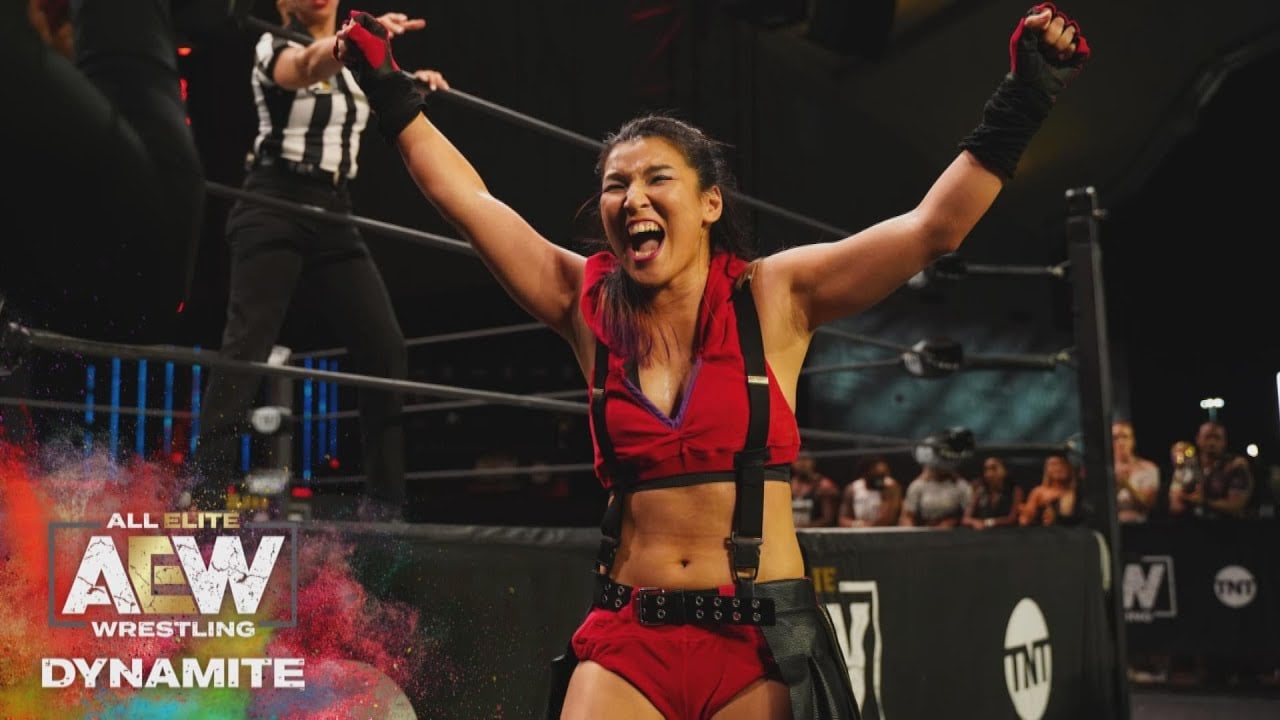 The Women’s Division is AEW’s Achilles heel. Surely, the best way to turn it Achilles face –ha haaa– would be to mix things up a bit in the title scene. At the time of writing, Hikaru Shida has been champion for three-hundred-and-twenty-eight days, from May 23rd, 2020, to April 16th, 2021. The run is still going, of course, but as we approach the year mark, there doesn’t seem to be an end in sight. It might be about time for that title change to come.

The Run So Far

AEW doesn’t mess about with their titleholders. Pretty much every belt has seen multiple long reigns already, with the shortest being Cody’s second run with the TNT Title -clocking in at thirty-one days. There have been three Women’s champions since the belt’s inception and all three runs have gone over the one-hundred-day mark. This isn’t a complaint, far from it. Prestige is part of what makes a championship title and worthy champions are what builds that reputation. The thing is: has this current run continued so long by design or by consequence?

The Women’s Division has been critiqued since the company’s inception. Not because of an absence of talent, but a lack of investment. It shows in the matches too. While Shida has likely had the most matches of anyone from her division this year, they’ve been spread quite evenly over the three shows. This is a problem. It’s not even like when Shida appears on the main show, Dynamite, that it’s in any prominent role. Most matches on the main card are usually squashes that barely go over five minutes. That isn’t the card position of a champion. It almost seems like AEW are coasting at the minute with Shida, and that isn’t a jab at Shida specifically more just how she’s been used. It may take a new champion to shake things up a bit in the division.

Surely the expected two are either Britt Baker or Nyla Rose. Britt especially seems to be the face of the division at the minute, which -again- doesn’t exactly put Shida’s booking in the best light. Those two will surely have their time with the title before too long, but there are other options too.

The recently returned Kris Statlander seems a prime contender, as does the current top-ranked Tay Conti. Thunder Rosa is also a more than proven champion. While you could also see AEW go the route of a Jade Cargill or Penelope Ford as a surprise move, that might not be the best idea for a positive fan response; at least not yet anyway. It’s a shame Maki Itoh hasn’t signed for AEW really. If they wanted to appease the fans that’d be the way to go.

The problem is that they aren’t given enough TV time to prove they’re a legitimate threat. Who currently really looks like they are genuine competition to Shida’s year-long reign? They need main event time to shine, just like Britt Baker and Thunder Rosa did in their violent classic not too long ago. More of that please, AEW.

So What Should They Do?

It feels harsh almost wishing the title away from Shida. She’s great when given the chance, so it’s not her fault. Still, needs must, and something has to happen with this division.

For their next champion, they need the complete package. Someone who can go in the ring, that the fans love, and has a memorable gimmick. So let’s say Kris Statlander. ‘The Boop’ is about as over with the fans as Best Friends’ hug, which is convenient really as they’re all currently part of the same stable. You can just imagine it now: Statlander with the Women’s belt, Chuckie T and Trent holding tag gold, and Orange Cassidy claiming the TNT Championship. It’d be the most overstable since the NWO, and that’s not hyperbole -well, it is a bit. Fan investment would justify more Women’s matches on the main card, something that’s been severely lacking.

You never know, the division may get shaken up naturally anyway. There’s been news of some particular releases recently in a certain company, things may get iconic sooner than expected. This reference will probably be irrelevant in the next day or so, won’t it? That’s normally how these things work.

Talk AEW Podcast #28: Who are the 10 Most Valuable Wrestlers in AEW