Full List of all the Indie Games from PlayStation Talents

The below press release has all of the games announced as well list of finalists for the PlayStation Talent Awards.

Madrid, November 2nd, 2020: Sony Interactive Entertainment España (SIE España) held the PlayStation®Talents The Moment 2020 event, an online show where it showcased trailers and gameplay videos of its upcoming PS4-exclusive titles. The finalists of the VII PlayStation®Awards were also revealed. The winner will be announced at a ceremony to be held later this year that will have Shuhei Yoshida, head of Sony Worldwide Studios, as part of the jury.

Here are the trailers and gameplays of all the games that were announced:

Aeterna Noctis (Aeternum Game Studios) The latest addition to the PS Talents roster follows in the footsteps of the genre’s great titles. Aeterna Noctis feels like atraditional 2D Metroidvania mixed with modern gameplay mechanics and environmental storytelling. Taking the role of the King of Darkness you must regain your power exploring the vast lands of the world of ‘Aeterna’ across 16 different and connected areas in classic Metroidvania vibe. The fast-paced combat with truly challenging mechanics will join an exciting and deep story in this adventure made using traditional 2D animation. Release date to be confirmed.

A Tale of Paper (Open House Games) A Tale of Paper is an emotional adventure of a paper boy who will use origami to fulfill the dream of his creator. In this 2.5D platformer players control Line, a piece of paper that can transform into multiple figures in order to avoid obstacles and enemies in a textless adventure that combines platforming sections with puzzle solving. Now available!

Flying Soldiers (WildSphere) Flying Soldiers is a video game that will challenge the players to captain a funny army of birds and take them safe and sound to the end of the battlefield along 45 levels. Each one of them will challenge players to bring a specific number of soldiers to safety as well as collect medals, all this blended in a humor and action mix. Now available!

Naught (WildSphere) Naught is a 2D action, platformer game featuring a dynamic and innovative control and a unique art style. After dying, Naught is buried at the feet of an ancient tree that will awaken him to prevent the tree from dying. Should that occur, an absolute darkness would descend upon the world. Now available!

Clid the Snail (Weird Beluga Studio) The winners of this year’s Best Game Of The Year award in the VI Edition of the PlayStation®Talents Awards will develop this action-adventure game where the player becomes Clid, a humanoid snail, always with his loyal companion the talkative firefly Belu by his side. This dual stick shooter takes the player through many different scenarios where they will fight their enemies with a wide variety of weapons. To be released early 2021.

Back Then (Outriders) Back Then is a yet unseen take in the videogame industry about an elderly poet diagnosed with Alzheimer’s Disease, dealing not only with how our elders and their families change and learn to adapt to this newfound unavoidable and inevitable loss of memory and identity, but also show players that there is more to these situations than simple forgetfulness as we age. To be released in 2021.

Inner Ashes (Calathea Game Studio) Inner Ashes is a story-driven adventure where players become Henry, a forester affected of Alzheimer who has to take a soul-searching journey to his own mind in order to discover the secrets of his past. To be released in 2021.

Lethal Honor Essence (Viral Studios) This action-adventure roguelite recently achieved its funding goal in a Kickstarter campaign. Lethal Honor is based on a strategic and precise hand-to-hand combat system against Eldritch creatures, with a wide variety of skills. The player fights as an agent of Lethal Honor, an organization devoted to finding and stopping paranormal events and creatures all across the world. To be released in summer 2021.

DO NOT OPEN (QUASAR DYNAMICS) DO NOT OPEN is a VR survival horror game, inspired by the mechanics and experience of escape rooms. Its story evolves within the confines of a room that will bring the player’s mental and physical condition to the limit. The main character wakes up in their own house to the sudden realization that something has changed – the house is locked up and it keeps changing as the game progresses, in an analogy of what is happening within the character’s own head. Do Not Open is a non-linear game, and players will get different endings depending on their decisions, as well as the results of the tests they overcome through the game. Release date to be confirmed.

Operation Highjump (Mansion Games) Operation Highjump is a 2D run & gun, an action game with some tactical and adventure elements, based in the mysterious legends of World War II – a game that will surely appeal to nostalgic players. This game will update the classic gameplay of old-school games to a new generation of players. To be released in 2021.

The Library of Babel (Tanuki Game Studio) The Library of Babel is a dark adventure of platforms, stealth and investigations, set in a futuristic world. In this adventure, players take control of Ludokiv, a robotic entity sent to gather data about the human race, extinct for centuries. Ludovik will habe to interact with the jungle people and explore its more dangerous places in order to solve the dark mistery of the Library. To be released early 2021

Corbid! A Colorful Adventure (CuCurry) A 3D shooter- and puzzle-platformer where the player has to help Corbid in becoming the new champion, using his color-related abilities to win the rest of contenders. To be released in 2021.

The Five Covens (rBorn Games) This adventure and puzzle game, set in a medieval fantasy world, joins this year the Bilbao PlayStation®Games Camp. Paying homage to the classic 3D adventure games of the first generations of consoles, but with an art style and gameplay aligned with current standards, this game (set in the witchcraft folklore) offers an adventure where players will have to escape from a castle by overcoming all of its dungeons. Release date to be confirmed.

Walls of Lies (Snowy Jellyfish) This 2.5D game brings together such different genres as Metroidvania, Brawlers and some touches of roguelike. From 1 to 4 players have to pick a character, each with its own story, and try to get out of a dungeon alive. Fierce enemies populate every level – among them, other players! Once they find the exit, players will fight between themselves in epic arenas full of platforms and traps. Release date to be confirmed.

Itadaki Smash (Main Loop) Katsu is the owner of the best restaurant in the city, however the Yakuza is determined to end his business and for this he throws a curse on all the food transforming it into terrible demons. Only Katsu and his friends can stop them. To be released early 2021.

Summer in Mara (Chibig Studio) Summer in Mara is a single-player experience in a calm, relaxing environment, with a handmade look and an exciting narrative. You will be Koa, a little adventurer girl who has to explore the world and discover the secrets that the ocean keeps. To be released in 2020.

The Many Pieces of Mr. Coo (Gamera Nest) The Many Pieces of Mr. Coo is a whimsical point’n’click adventure with a surrealist story, astounding art and funny puzzles. Mr. Coo is trapped and broken in pieces. But most of all, he has no idea of what’s going on, and nothing makes any sense. Is that a giant chicken over there? Release date to be confirmed.

Jade’s Ascension (Papas con Mojo Games) In Jade’s Ascension players will have to advance through a series of rooms in an arcade-action game full of dangers and hazards set in a colorful world. The distant kingdom of Mojolonia has a sacred tradition: once the Emperor is ready to pass the crown, the kingdom organizes a tournament to find a suitable heir, worthy of wearing the crown. Releases on November 4th!

Windfolk (Fractall Fall) Fly around with Esen’s jetpack in this third-person aerial shooter to change the tide of the war and put an end to this conflict. In Windfolk you will have six degrees of freedom to roam around a picturesque world full of floating islands where positioning will be key to outflank your enemies and defeat them. To be released in 2020.

Skapp (Bound Games) Skapp is the world’s first skateboarding simulator in which you control your board performing the tricks with your phone. Test your skills by combining tricks, manuals and grinds as in a real skateboard in a game that pays tribute to skateboarding fans as it contains authentic brands, skateboarding cultural references, and no limits to recreate any kinds of tricks! Players can enjoy Skapp either with Android or iOS as a controller. Release date to be confirmed.

The Crown of Wu (Red Mountain) The Crown of Wu, a third person action adventure filled with action, combat, parkour and puzzles. Set in a world where powerful robots are attacking the local population, Wu will have to recover his old powers in order to face the ultimate villains that threaten his world’s existence. To be released summer 2021.

Out of Line (Duckling Studios) San needs to escape from the factory where she is trapped. But, before finding her way out, she need to find her missing brothers in this 2D puzzle platformer. Release date to be confirmed.

Wukong (A Tale Of Games) Wukong is an action and 3D platformer influenced by classic platformer games that offers new ways to overcome the challenges. Control Wukong, the legendary Monkey King, able to defeat his foes by using his magic staff, which he can throw or use it to hit those in close range. His staff also has the power of turning into a platform that will make Wukong able of overcoming all kinds of obstacles and traverse the levels. To be released early 2021.

And here’s the list of the VII PlayStation Talents Awards finalists: 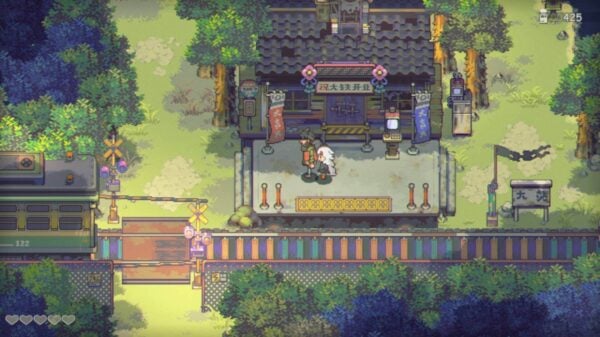 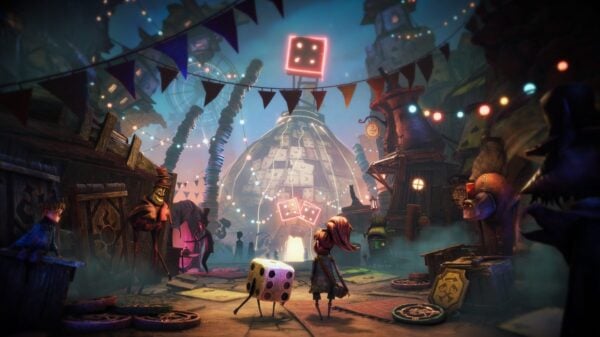 Lost in Random is Worth Getting Lost in

Lost in Random's technical shortcomings keep it from fully realizing it’s vision, but what remains is still a one of the year's best games.