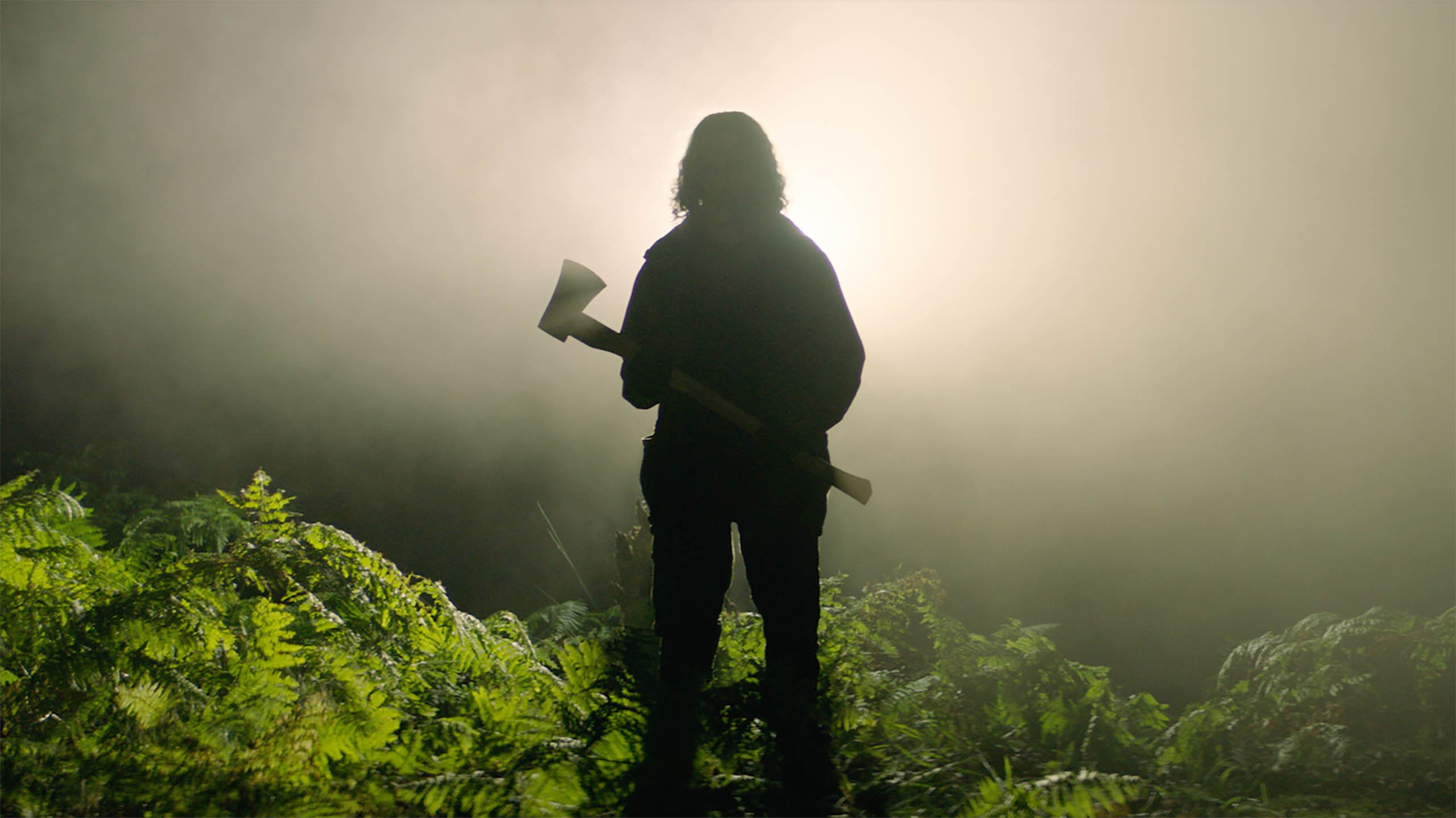 Ben Wheatley returns to his horror roots with incredible results in his latest film, In The Earth – a folk horror film devised and created during the COVID-19 era. Though his film does not specifically reference the pandemic, it builds a world wrestling with similar bouts of paranoia and fear of infection. That initial set up eventually leads into a film that feels like an older Wheatley script that’s just been dusted off and updated. Which is to say that In The Earth is an incredible return to form for those who were worried the writer/director may have lost his edge working on bigger Hollywood films. Deftly blending science fiction and various subgenres of horror, Wheatley is firing on all cylinders in this paranoid vision of an entire world struggling to find meaning and purpose in dire circumstances.

While the details on the pandemic in the film are not explicitly spelled out, In The Earth opens with Martin (Joel Fry) on his way to a lodge in the Arboreal Forest. He enters through a quarantine station, has his medical history and vitals checked, then heads out on a 2-day trek to a test site deeper inside the woods. As he and his guide, Alma (Ellora Torchia) find themselves far away from their home base they eventually stumble upon Zach (Reece Shearsmith). Living in the woods complete with his own makeshift shelter, he offers to help Martin and Alma rest up and recover before continuing their journey to the test site. However, in this world, strangers are not to be trusted and Zach has other plans in mind for the two.

From this point on, what initially begins as a science fiction set-up filled with mystery bleeds into survival horror territory and then shifts again into ritual and folk horror. It’s all got an earthly vibe to it, right down to Martin and his mentor Olivia’s (Hayley Squires) research into the network of roots and fungi within this region of the forest. The network connects the trees “like a brain” and that’s just one of the many ways in which the film’s characters try to derive meaning out of something so commonplace. As Alma scoffs at the central thesis of their research, her and Martin eventually find themselves trapped in the forest’s machinations, struggling to understand just what is happening.

There’s so much eeriness surrounding the lead-up to the film’s first turn that it’s easy to get lost just in the vibe of the movie. The big exposition dumps happen closer to the end and as things are revealed they put the story and the folk horror elements more into perspective, but they also reveal the damage that the pandemic has had on these individuals. Everyone coping in their own way, but wary of others. There’s never a moment that isn’t tense once the journey to the test site begins and that’s just par for the course for a Wheatley film. When he turns the screws, he turns them tight. It just so happens he does so fairly early on in In The Earth, causing even the exposition to feel almost superfluous by the end.

It’s really not the narrative that propels the film forward though. The atmosphere does a lot of work, with gorgeous cinematography from Nick Gillespie and a synth-heavy score by Clint Mansell. The venture through the forest eventually takes a dark turn and that’s when both those elements are amplified as the score becomes deafening against the psychedelic visuals reminiscent of Wheatley’s A Field in England. Wheatley himself edits this movie, as he has done with many of his prior works, in which he also escalates things to a frightening degree. The ending of In The Earth is a sensory overload that befits the plot’s eventual insanity and hearkens back to Wheatley’s older films.

The small cast (six people, two of which only appear casually) and the setting of In The Earth could easily be dictated by when this film was shot and produced – it is one of the first COVID-19 productions in the United Kingdom. However, it goes beyond that to even the way people interact with one another. In buildings, they wear masks; there’s a distance between people at almost all times; there’s even a point when one character says not to leave an area because it’ll be a hassle to have to disinfect them. The film utilizes space and restrictions to meld into the narrative, and even more specifically, the horror. It has a very Annihilation tone to it in the way that the forest plays such a huge role in the terrors of the film.

Which ultimately is what makes In The Earth such a delight. It’s got the same dark humor that Wheatley has become known for which only adds levity and a tighter relationship between the audience and the characters. Joel Fry in particular is hilarious as the guy who very clearly is used to the city so anything slightly dangerous becomes a point of worry. People get maimed and it’s simultaneously gross and funny. The real standout in this regard is Reece Shearsmith who plays an absolutely deranged psychopath that is both humorous to watch and frightening in his unpredictability. He does wonders in maintaining the film’s tone which is constantly doing a balancing act while shifting genres multiple times.

There’s something to be said about Wheatley’s recent output and the gloss on it all from working on such a bigger level. Happy New Year, Colin Burstead was one of the only recent films to feel like he was starting to go back to basics with a tight, sharp screenplay that felt like a horror film in a family drama. In The Earth is an even bigger step back that captures the zeitgeist of the COVID-19 era through a mind-melting, stripped back genre exercise. A psychedelic feast that feels reminiscent of his older works and reminds audiences of how effective Wheatley can be as a director.