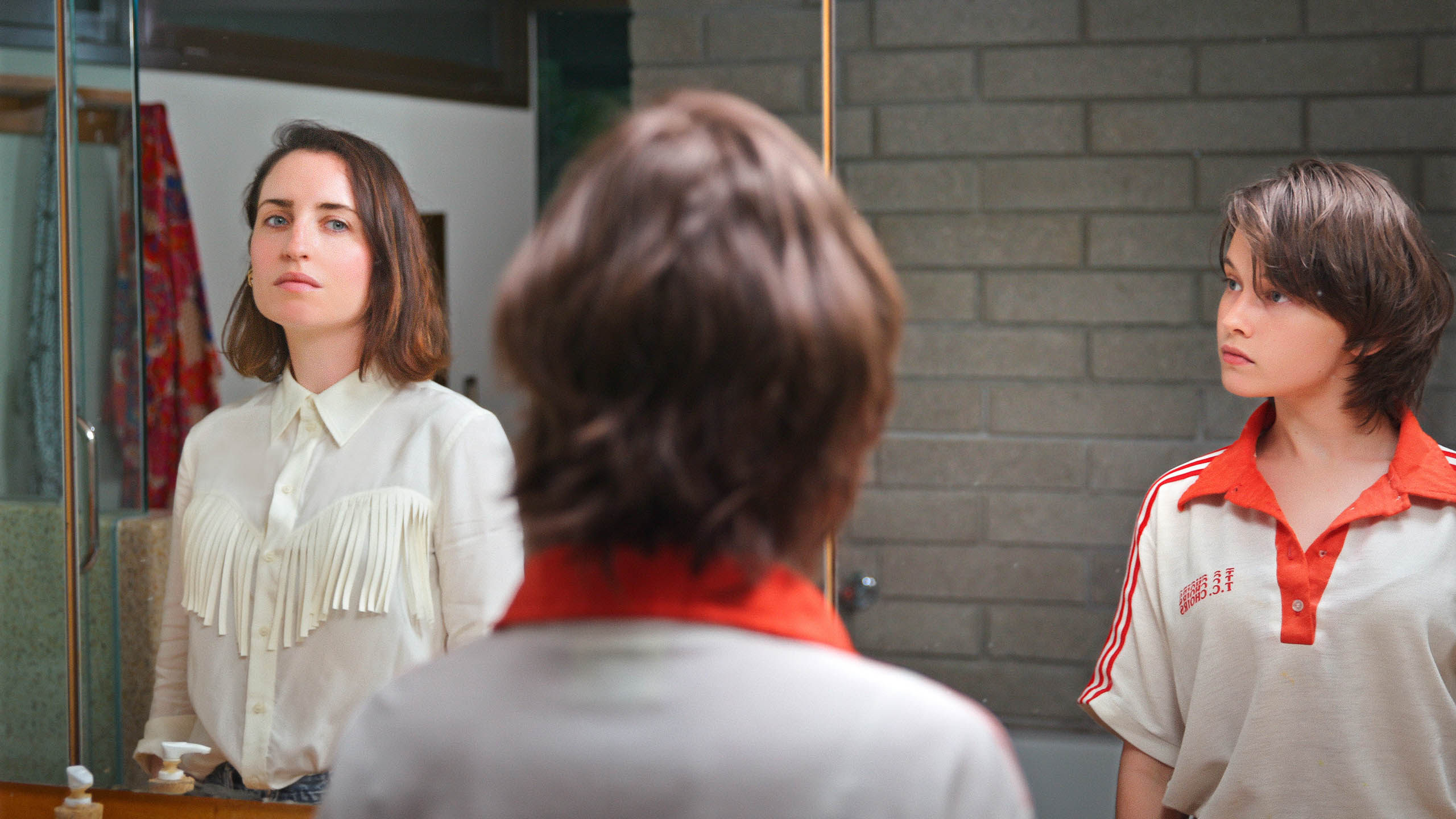 Zoe Lister-Jones and Cailee Spaeny appear in <i>How it Ends</i> by Daryl Wein and Zoe Lister-Jones, an official selection of the Premieres section at the 2021 Sundance Film Festival. Courtesy of Sundance Institute | photo by Daryl Wein. All photos are copyrighted and may be used by press only for the purpose of news or editorial coverage of Sundance Institute programs. Photos must be accompanied by a credit to the photographer and/or 'Courtesy of Sundance Institute.' Unauthorized use, alteration, reproduction or sale of logos and/or photos is strictly prohibited.
Share
Tweet
Reddit
Share
Email
Pocket
Pin
Share
Flip

Give How It Ends this much: At least it’s not assembled entirely from Zoom calls.

The coronavirus pandemic, especially in the early days when lockdowns were particularly strict, inspired many in Hollywood to find creative ways to make movies under social distancing guidelines.

Many of those tried to do storytelling entirely over Zoom, which is a filmmaking aesthetic that I’ll be thrilled to never have to see again. How It Ends, a comedy/drama that debuted at the Sundance Film Festival on January 29, does not take that tack, to its credit. It was filmed with its characters in the same room, albeit usually outdoors, and with the characters noticeably sitting far apart.

There are occasional laughs, as the film collects an impressive collection of talented and funny people. But overall, it rests on a gimmick that doesn’t quite work.

How It Ends was directed by the husband-and-wife team of Zoe Lister-Jones and Daryl Wein, and Lister-Jones stars in it as a woman named Liza. It’s Los Angeles, and the world is going to end that night, which explains why the streets are all empty.

Liza decides to spend the day visiting various friends, ex-lovers, and family members, along with a young woman (Cailee Spaeny) who appears at first to be her daughter but is soon established as her younger self. It’s a conceit with little success or payoff, especially since the film never sets very specific about the rules of who can and cannot see her.

The film consists of a series of one-off scenes in which Lister-Jones and Spaeny are in a room with one other person. There’s Bradley Whitford as her dad, Helen Hunt as her mom, Olivia Wilde as a particularly daffy ex-friend, and Lamorne Morris as an ex-boyfriend.

Fred Armisen shows up briefly, as do various people from the Human Giant/The League/comedy podcast orbit, such as Nick Kroll, Paul Scheer, and Rob Huebel (Huebel was also in the similar movie Seeking a Friend for the End of the World, back in 2012.)  There’s even a Chekhov’s Pauly Shore cameo.

Glenn Howerton shows up – as do his married Always Sunny co-stars Charlie Day and Mary Elizabeth Ellis – which only brings to mind that Howerton’s Apple show, Mythic Quest: Raven’s Banquet, offered one of the few “special quarantine episodes” that actually succeeded.

There’s the occasional laugh, as would be pretty difficult with this many funny people involved. But ultimately, How It Ends is neither the best pandemic movie nor is it anywhere close to the best movie about the end of the world.