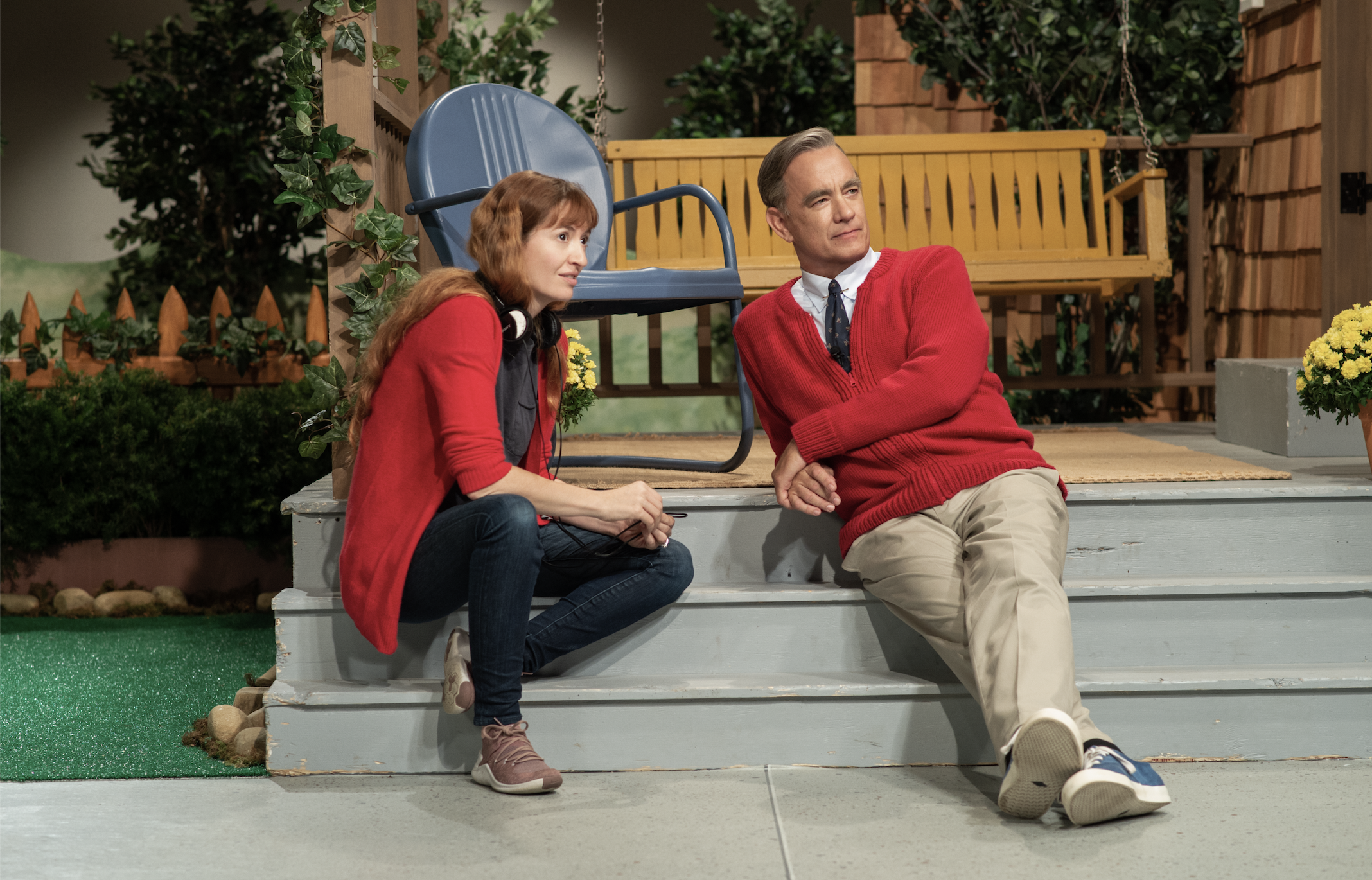 Talking to the director of the new movie about Mr. Rogers, and author whose article was the inspiration for the movie.

A Beautiful Day in the Neighborhood, a new movie about legendary television host Fred Rogers and the time he changed the life of a reporter assigned to write a magazine profile of him, opens nationwide on Friday. The film is being positioned as a celebration of goodness, virtue, and kindness, especially at a time when those values are in somewhat short supply.

It’s a movie so unabashedly earnest that it actually uses the phrase “not all heroes wear capes” unironically in its ad copy:

Shortly before the film’s release, we spoke with Marielle Heller, who directed the film, and journalist Tom Junod, whose story was the inspiration for the film, about how they came to the project, and the lessons we can take from the legacy of Mr. Rogers today.

The film is based on “Can You Say… Hero?”, a profile of Rogers that was authored by Junod in Esquire in 1998. Starring Tom Hanks as Rogers and Matthew Rhys as Junod stand-in Lloyd Vogel, the film depicts Junod/Vogel as a cynical, unhappy 40ish man, until his encounter with Rogers helps him come to terms with his life, reconcile with his father (Chris Cooper) and become a better father.

Heller, who directed last year’s acclaimed Can You Ever Forgive Me?, said she had first heard about the project years earlier from its screenwriters, Micah Fitzerman-Blue and Noah Harpster.

“I had met Noah and Micah, and they mentioned that they were working on this movie about Mr. Rogers,” Heller said. “They explained to me what the movie was about- and I said, why am I not directing that?”

Heller said she forgot about the project, until years later, when a producer brought it to her.

“I wept through the script,” she said. “I was a Mr. Rogers fan [as a child], and I remember I kind of outgrew him, and getting a little too cool for school.” But like many parents, she rediscovered his philosophy when she had a child of her own, who was an avid watcher of the animated spinoff Daniel Tiger’s Neighborhood.

Heller was actually on board the project before Hanks was.

“He and I had developed a relationship, we had been looking for projects to do together,” she said.

A Beautiful Day in the Neighborhood is actually the second Mr. Rogers movie in two years. Won’t You Be My Neighbor, the acclaimed documentary directed by Morgan Neville, was released in the summer of 2018, after the Hanks movie was already in production. 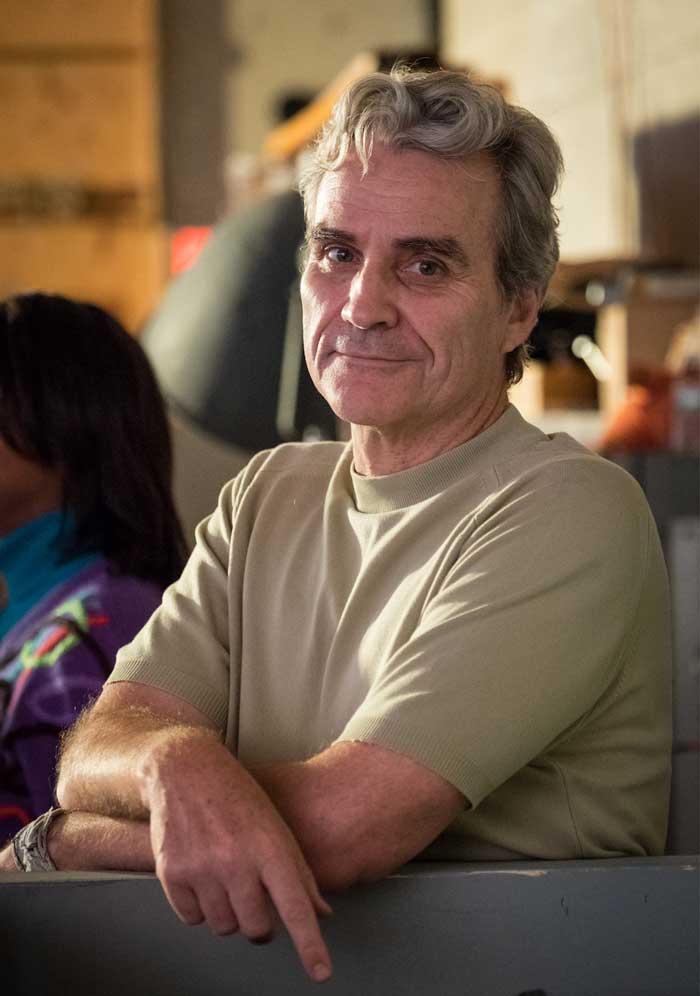 “Is this a good thing or a bad thing,” Heller remembers asking, before concluding that “more Fred Rogers in the world is only a good thing.”

While there’s been talk of a Mr. Rogers movie for many years, it really came together when Hanks was cast, and as Tom Junod wrote in a piece earlier this month for The Atlantic, he requested that his name and those of his relatives change once he read the script. However, Junod is working on a book that will touch on the Rogers story, but is primarily about his real-life relationship with his father.

“When I first heard from [the screenwriters] Micah and Noah, they told me right off, they had represented my relationship with Fred really accurately but made up quite a bit of family background,” Junod said in our interview. “The dis-similarities mean so little to me [but] the similarities mean a tremendous amount, and they hit me hard emotionally.” He added that friends who knew him in the ’90s have told him, after watching the movie, that they enjoying seeing “the classic Tom” on screen.

While Junod has been a prominent magazine writer for over two decades – he’s perhaps best known for “The Falling Man,” one of the most celebrated pieces of reporting about the 9/11 attacks – Won’t You Be My Neighbor is the first time Hollywood has adapted his work. He did say that one of his other past stories was recently optioned.

Needless to say, it’s been a difficult time for magazines, and many journalists have pointed out that things in the movie, most notably a budget that allows the reporter to fly to Pittsburgh multiple times for a 400-word profile, are radically different from how things are today.

“One of the many things that moves me in the movie, but I think that storytelling- it’s so basic to the human species that I think that humans are always going to do,” Junod said. “We’re in a time of transition about how those stories are going to be told. I think that this movie is a tribute to that.”

“I am aware that there is a powerful voice in there speaking directly to me, and that’s exactly the feeling I had when I was spending time with Fred,” Junod said of watching Hanks on screen as Rogers. “The thing that Tom does in that movie is exactly what Fred did. To me, that is the complete measure of the movie’s power, and Tom’s power as an actor.”

The director is also thinking about Rogers’ legacy.