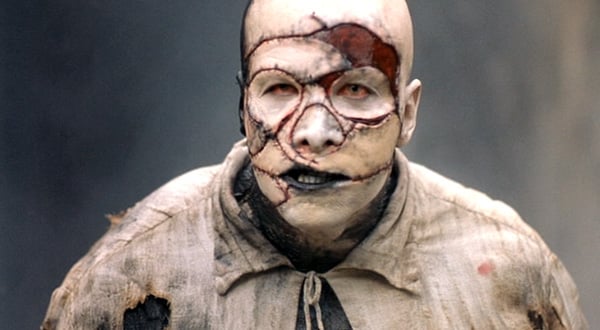 Over the course of the last century during which film has been a medium, there have been a lot of entries that have demanded the question: just how the hell did this film get made? There is, of course, the floating head epic Zardoz, starring a pony-tailed Sean Connery. There’s the disastrously bad, yet endlessly meme-worthy remake of The Wicker Man, with the strangest Nicholas Cage performance ever (which is really saying something). And there is the mind-numbingly, soul-quakingly, unintentionally hilarious mess of The Room.

Sharing in that company of unfortunates, is the absolute worst video game adaptation of all time (which again, is really saying something). House of the Dead is a film so bad that it single-handedly, and bafflingly, launched the schlock heavy career of the infamous Ed Wood wannabe, Uwe Boll. This peculiar German director achieved so much “success” through this film that it allowed him to secure financing for countless game adaptations, which he would proceed to defecate upon for years to come. But before the plague could spread, it had to first be crystallized, in one of the most abhorrent creations to ever be visited upon mankind: House of the Dead. Based on the video game of the same name, House of the Dead follows none of the (admittedly bad) characters or plot points of the secret zombie fighting organization that the arcade shooter uses for a narrative device. Instead, it somehow has an even more ridiculous premise in which ravers (yes, ravers) make the trek to an island with the absurdly on-the-nose name of “Isla de la Muerte”, or, “Island of the Dead”.

Grab your glowsticks everyone, this sounds like a great place for a party!

So the ravers end up on the Island of the Dead and proceed to throw a very low budget version of the party of the century. However, it isn’t long before their culturally out-of-touch rave is brought to a sudden halt by the only thing worse than an ecstasy shortage: an attack by zombies!

As it turns out, this obviously evil island is home to an appropriately evil mastermind with a giant snake tongue. This sinister fellow, who calls himself Castillo, invented the immortality serum centuries ago and injected himself with it, creating the zombie epidemic in the process. Since then he has performed a myriad of experiments to create a race of immortal humans or something, with the purpose of…well, who knows really? This does prompt one of House of the Dead‘s best lines though, wherein two characters are captured by Castillo toward the end of the film. One of them challenges the devious madman with this self-answering query: “You created it all to be immortal? Why?”. Followed by an answer that just makes this question even more redundant: “To live forever!!!” Well, that clears that up.

There are hardly words to express what a terrible film this is. Quentin Tarantino’s debut, Reservoir Dogs, was made for a mere $1.2 million dollars. It had Harvey Keitel, a fantastic soundtrack, and one of the greatest scripts of the 90’s. House of the Dead, on the other hand, had literally 10 times that budget in the wildly unnecessary amount of $12 million. What did Uwe Boll manage with this overblown budget? A poorly written, disastrously directed movie, topped off with ethnic stereotypes, awful presentation, and really, really, really bad acting.

So where did all this money go? Well, dubious suspicions aside, it most likely went into the centerpiece of the film, which is, on a secondary note, one of the worst action scenes ever filmed. The scene in question presents the surviving characters with a safe house of sorts that they inexplicably cannot get into, even with a small miltia worth of guns and explosives in tow. This leads to a “climactic” sequence in which the ravers must face off against a zombie horde, while a rap song titled “House of the Dead” plays in the background. Can you guess what the chorus is?

This scene goes on for a mind-numbing five minutes of screen time. Characters fire guns in slow motion, carry out action tropes, and generally just stumble around looking more and more foolish for every soul-crushing second of it all. It ends with a character watching his friend die a mere ten feet away, and turning away with disgust, rather than saving her with his two loaded guns.

What follows may be the most inexplicable scene in cinematic history, in which we watch a super-cut of the scene we literally just saw, only cut to run as if it were a music video, complete with shots of the preceding scene synchronized to a techno dance track.

This really is a bad, bad, bad film. If you’ve never seen a movie that randomly inserts video game footage in between scenes and during action shots, then you need to see House of the Dead. If you’ve never seen a film that actually has a “GAME OVER” sequence for every single character who is killed, then you really need to see House of the Dead. And if you’ve gone a good long time without appreciating what a good film is, then House of the Dead is the film to remind you of how lucky you are to never, ever have to watch it again.