Gang Orca and his bundle of baddies enter the fray, challenging the participants of the Provisional Hero License Exam. The tough as nails test roars in finale, and concludes with surprising results. What follows are conversations that grow the personalities of My Hero Academia’s cast and nudge Season 3 to its finish line. Ferocious fights married with fantastic characterization deliver a satisfying conclusion to an awe-inspiring arc. 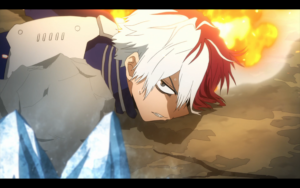 Episode 21, ‘What’s The Big Idea‘, tackles the threat of Gang Orca and his goons. As they thunderously storm the battlefield, participants protect the mock civilians. Shoto speeds to the rescue, hurling hot fire at Gang Orca, but is impeded by Inasa’s wind. As both try to beat Gang Orca, their opposing quirks interfere with each other. An argument kicks off, and Inasa reveals his disdain for Shoto is because of his arrogantly brash father, Endeavour. In the past, Shoto has flaunted the same aloof egotism, hence Inasa’s hatred of him. As they bicker, intervention from Izuku inspires them to get a grip and cooperate. Through gritted teeth, they begrudgingly put their heads together and trap Gang Orca in a fire spiral comprised of Shoto’s flames and Inasa’s wind, but the damage is done. Shota and Inasa best Gang Orca, but fail the Provisional Hero License Exam due to their unprofessional conduct. Katsuki also fails for being aggressive, unsurprisingly.

Diving deeper into the backstory of fan favorite character Shoto is a treat, and highlighting the consequences of his egotistical demeanour is interesting. Gradually, the once aloof and unrelatable hero is shedding his icy exterior and connecting with those around him, showing My Hero Academia’s quality character development.

Episode 22, ‘A Talk About Your Quirk‘, is chock full of just that: talking. Thankfully, said talking is grippingly great, and integral to character and narrative development. Shoto and Inasa patch things up, All Might converses with an imprisoned All For One, and Katsuki intimidatingly interrogates Izuku about his quirk. At times, it’s intense. 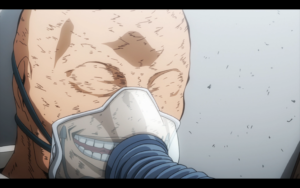 All For One is held in a super secure prison that’s capable of suppressing his quirks via technological wizardry. All Might meets with his nemesis, and a heated conversation unfolds. Correctly speculating about the fragmentation of hero society following All Might’s retirement, All For One cruelly proclaims that villains are lurking, biding their time before they strike. This is the calm before the storm, a storm that All For One’s words foreshadow.

Later, Katsuki calls Izuku outside. From Izuku’s reaction upon All Might’s retirement, to quirk gifting being reality (as seen in All For One and his Nomus), Katsuki’s deduced the origin of Izuku’s quirk. “You got it from All Might, didn’t you? Your power.”, Katsuki says. The tension is red hot, and Izuku’s stomach knots. Events throughout My Hero Academia’s narrative weave together, their purposes manifesting as they erupt in this instance. Finally, Katsuki challenges his long standing rival to a fight, an opportunity to address their hostilities in the only way he knows how.

As Season 3 enters its last hoorah, My Hero Academia is unrelenting. Concluding its Provisional Hero License Exam arc, it doesn’t miss a beat as it bounds towards more excitement. It’s time for Izuku and Katsuki to settle their differences once and for all. 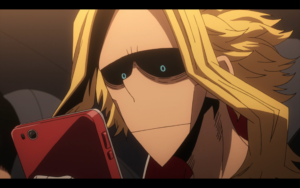 Anime Arcs That Are Worth Re-watching