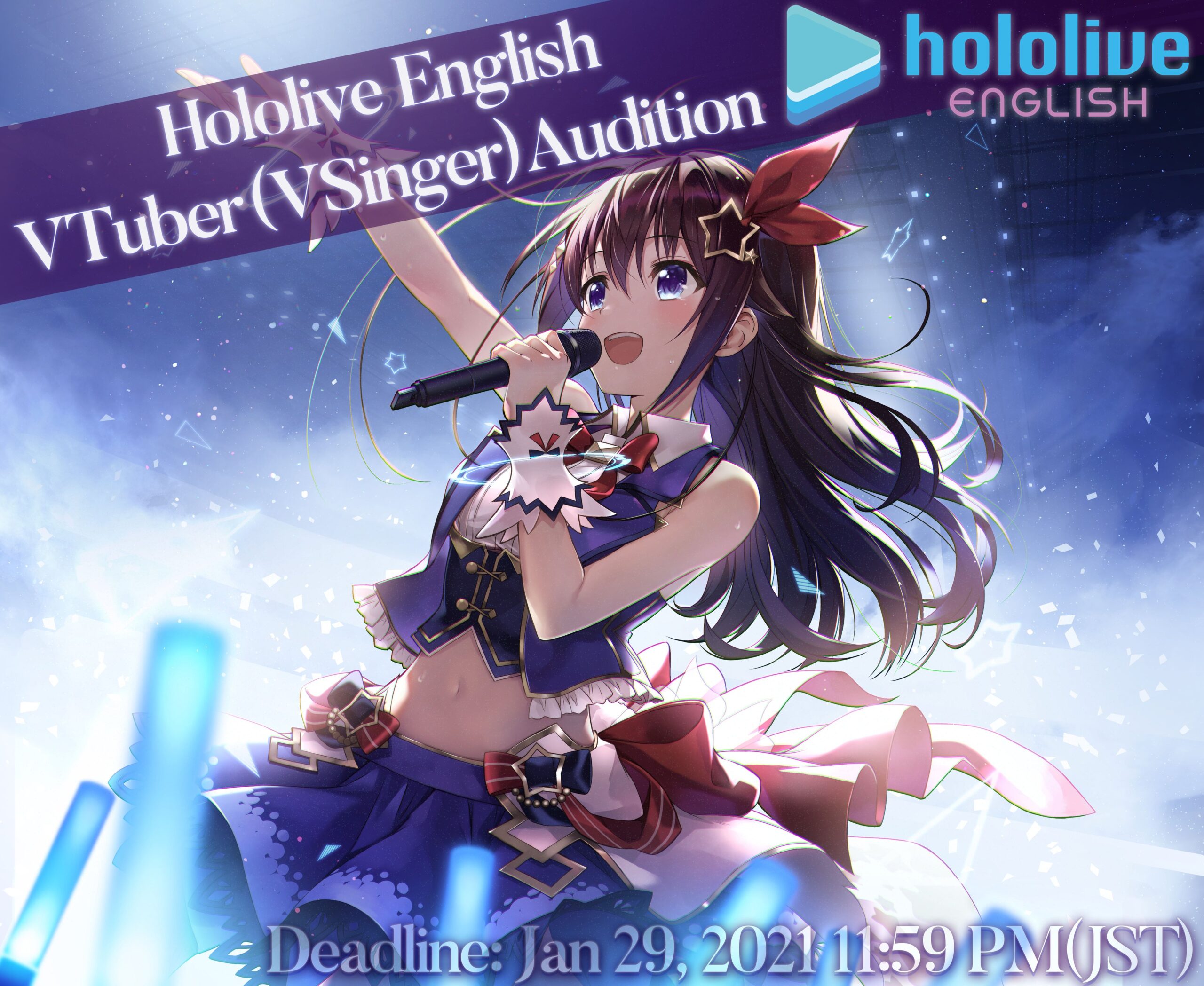 Hololive EN debuted only a little over two months ago yet its explosive success — Gura has already reached a mind-boggling 1.5 million YouTube subscribers — seems to have prompted its parent company, COVER Corporation, to begin expanding it. Auditions are now open for the position of a “VSinger” within the English group, offering the chance for another budding talent to join the ranks.

While exact details of what the position will entail are sparse, it’s safe to assume the talent will assume a role similar to the Japanese branch’s Sora Tokino and AZKi — someone whose primary form of entertainment will be music production but will still conduct traditional livestreams on YouTube as well.

Applications are open until January 29th, 2021 to any English speaker 18 years of age or older as well as any gender as long as they are “able to sing as a female character.”

Hololive has become increasingly popular outside of Japan over the course of 2020 and especially since the debut of its English unit, holomyth, back in September. Coco Kiryu topped the charts in YouTube superchat revenue for the first quarter of the year and just last month id Software added a fun easter egg to DOOM Eternal referencing Korone Inugami’s viral playthrough of DOOM 2016 but, unfortunately, removed it a few days later.