Editor’s Note: We asked Bill to recommend some older movies that tackle topics of discrimination, racial inequality, and social injustice. Here’s what he had to say.

As the resident Old Fart, I thought I’d leave more recent offerings to the young folk while I dug into the Hollywood vaults finding, in the process, Hollywood’s been hitting the alarm on all forms of bigotry for a while.  It just seems like no one’s been listening.

In the wake of WW II and revelations about the Holocaust, Crossfire (1947) integrates its indictment of our own homegrown anti-Semitism into a police investigation into what at first seems to police detective Robert Young a motiveless crime until he figures out that “the motive was something the killer brought with him.”  In a scene where Young is trying to convince a young GI to help him bait out the suspected killer, Young tells the story of his grandfather; murdered because he was an Irish Catholic immigrant.  Crossfire isn’t just about anti-Semitism but about the American tradition of hating The Other.

When I first caught No Way Out (1950) some years ago, I was stunned by, for its time, the full-throated telling of its story of a black doctor (Sidney Poitier) who becomes the focus of hate from both sides of the color line when he treats two white racist brothers.  Even Richard Widmark, as was one of the bigoted brothers, was so put off by the verbal venom he had to hurl at his friend Poitier he felt compelled to apologize after some of the takes.

John Cassavetes is an Army deserter befriended by longshoreman Sidney Poitier in Edge of the City (1957), an alternately warm-hearted/heartbreaking story of a friendship that crosses the color line and is tested by racist dockworker Jack Warden.

Odds Against Tomorrow (1959) weaves its story of self-destructive racial hatred into a visually flamboyant noir as a bank heist unravels because of the enmity between two of the gang:  trash-talking Robert Ryan and down-on-his-luck gambler Harry Belafonte.

For years, with his combination of good looks and talent to match, Poitier became the de facto standard-bearer for American blacks, and he’s back Pressure Point (1962) as, again, a medical man torn between his professional obligations and his personal revulsion.  This time Poitier is a psychiatrist reflecting on his first job at a Federal penitentiary during the 1940s treating American Nazi Bobby Darin.  If Darin’s racist and anti-Semitic commentary, delivered with nearly scientific dispassion, sounds familiar, it’s because we’ve been hearing a lot of it over the last few years.  An intriguing look at the psychopathology of hate.

Slavery is often referred to as America’s “original sin” and the basis for so much of our racial strife, but the country already had another black mark on its soul from the day the first white man set foot on the continent.  Hombre (1967) is a twist on de Maupassant’s classic short story, “Boule de Suif” by way of another classic, John Ford’s Stagecoach (1939), the socially ostracized party in this case being, instead of de Maupassant’s prostitute, Paul Newman, a white raised since boyhood by Apaches and considered as such by his fellow coach passengers.  When his stage is held up, the passengers who iced him out now turn to his salvation.  A hard-edged essay on prejudice, hypocrisy, and moral obligation wrapped up in a taut Western.

Poitier is back yet again, still fighting for respect in the Oscar-winning In the Heat of the Night (1967).  Perhaps there’s no better argument for preaching to the non-converted by giving them a class bit of entertainment to hold them in their seats than this story of a black Philadelphia homicide detective dragooned into helping abrasive southern police chief Rod Steiger work a murder case.  You don’t need to be socially “woke” to enjoy watching two powerhouse talents verbally slug it out on screen, your blood pumping a little harder when Poitier faces off with sneery Steiger declaring himself with, “They call me Mr. Tibbs!”

Comedy The Scalphunters (1968) is set in the pre-Civil War West and gives us trapper Burt Lancaster who finds himself in possession of runaway slave Ossie Davis while he chases after a band of marauding scalphunters (there’s a bounty on Apache scalps), led by Telly Savalas, who’ve stolen his cache of furs.  Lancaster is the movie’s good guy and he’s a bigot, constantly lecturing Davis on “the superiority of the white race.”  The laughs may be the sugar that helps the medicine go down, but the medicine remains potent nevertheless.

Across 110th Street (1972) was unfairly dismissed as just another blaxploitationer on its release, but appraisals have risen in the decades since.  A Harlem-set crime thriller aptly capturing the same toxic mix of frustration, despair, and anger we’re seeing in the streets today, and the desperation of people with nothing left to lose.

Finally, as Stanley Kubrick demonstrated with Dr. Strangelove, sometimes a ruthless comic skewering is the only way to illustrate the insanity and absurdity of a real-life horror, thus Blazing Saddles (1974).  Nearly everyone involved with the making of this purposely tasteless laugh-fest and its hysterically brutal assault on racism (the six contributing writers included Richard Pryor as well as director Mel Brooks) agrees that in today’s PC-hedging culture, the movie — with its free-wheeling use of the N-word and over-the-top assaults on racist tropes — would never be greenlit today.  Example:  after black sheriff Cleavon Little tries to persuade white townsfolk to exchange land for the help of black railroad laborers in fending off an oncoming mob of bad guys, the townies at first balk, but then come around:  “We’ll take the n—–s and the ch—ks but we don’t want the Irish!”  Offended?  You’re supposed to be; that’s the idea. 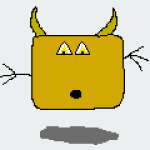