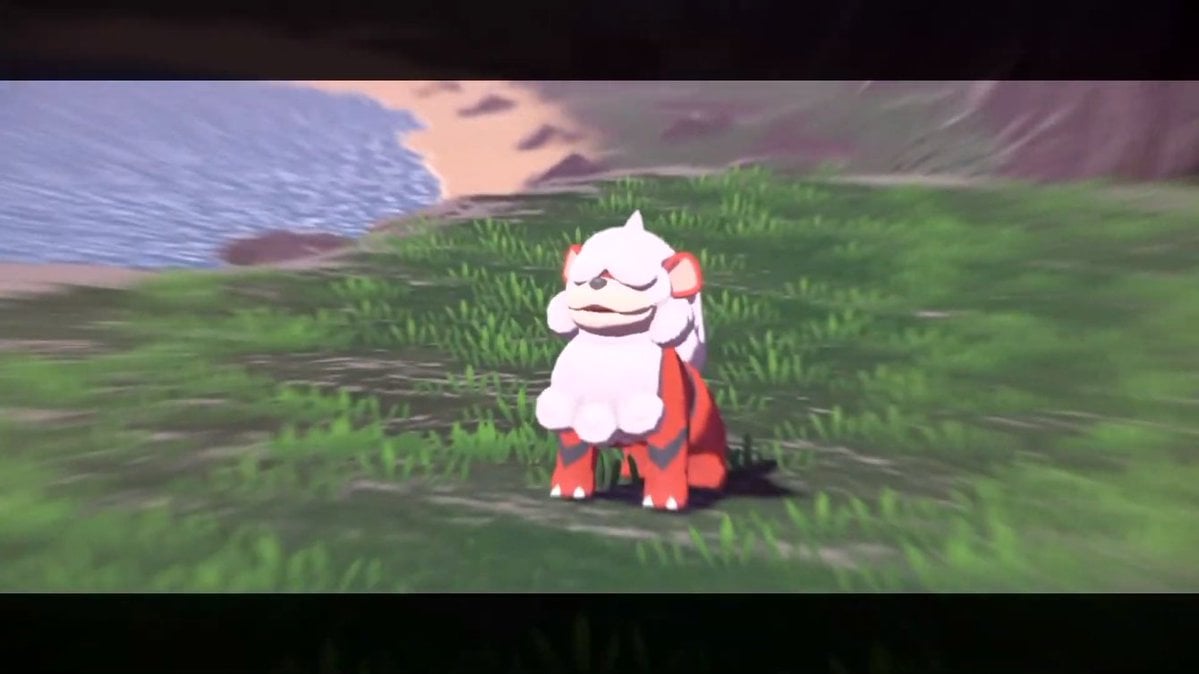 When the new look at the upcoming Pokémon game- Pokémon Legends: Arceus– dropped yesterday, the Internet cried out in joy as we got a look at a brand new form of one of the classic Pokémon, Growlithe. Growlithe is part of the original line up of 150 Pokémon and so the cute fire puppy has a special place in the hearts of both older and younger fans of the franchise. The Arceus trailer showed gamers the newly discovered form of Growlith: Hisuian Growlithe. This Growlithe comes from- you guessed it- the Hisui region and the plush pup is destroying the internet due to it being an adorable ball of fluff and love. Let’s take a look at some awesome fan reactions and artwork inspired by the reveal of the Hisuian Growlithe.

Here it is. Here is how it started. The official @Pokemon Twitter showed off the good boy here and the Internet was destined to never be the same. You also get a look at the other Pokémon in the game too in the Twitter thread such as Hisuian Braviary and Wyrdeer, a Hisuian evolution of Stantler. Show some love to the other Pokémon too!

That is exactly what artist @kelvin_trainerk did by creating this incredible fan art of all of the Hisuian variations along with the three starters. This is just amazing and I wish I had an ounce of your talent sir.

This Tweet from @FalKoopa_ isn’t actually fan art but it’s a cool titbit of information. The designs for these Growlithes are based on the Komainu statues– or lion-dogs- that are commonly found in Japan. These creatures are important in Japanese history, culture and mythology as they are intended to ward off evil spirits, acting as guardians to shrines and temples. They are often found in pairs with one guarding each end of the shrine. The comparisons between Hisuian Growlithe and the Komainu don’t stop there either, as the official Pokémon Legends website has a section on the new Growlithe that discusses how these regional variants are prone to staying in packs of two,

“Hisuian Growlithe are highly vigilant and tend to be seen watching over their territory in pairs.”

This is a neat little nod to the Komainu and their tendency to band together as two to watch over places of worship!

The crossovers have already begun with the adorable Flareon x Hisuian Growlithe fan art from @Sea_of_Pencils. I have named him Growleon and I will love him forever.

Another crossover , this one with Hisuian Growlithe and Alolan Vulpix from @pikachowcat. I feel like they would be best friends and now I want a game dedicated to the two of them.

So this crossover from the amazing @pudgypeachcat features the original Growlithe meeting Hisuian Growlithe. I love this one so much. As a kid, I always had a soft spot for the dog like Pokémon and so Growlithe was a favourite of mine. To me personally, this feels like my childhood meeting my present. I’m sure I’m not the only one too. Here I am, almost 30 years old and still very much in love with this franchise. If I’m still here in another 30 years- and if Pokémon is still around too- I’d like to think that I will still love it and maintain that same joy I felt as a kid. Pokémon is just a very special franchise in that way and this fan art really emphasises that.

One of my favourite art forms is actually pixel art, probably stemming from my gaming tendencies combined with my love of all things small and cute. @Essentures has made the cute even cuter with this Hisuian Growlithe sprite in the style of Game Boy art to replicate what the bundle of fluff might have looked like had they been around back in the early Pokémon days.

Some more pixel art from @JuliaGoodish and I have to say, this is the most adorable thing I have ever seen. I may cry. I must move on.

A gorgeous art style from @PSIBunny makes for a very cute Hisuian Growlithe, made complete by the detail of his little tongue poking out.

I really like @grym333’s art style too! I think the fluffy Growlithes work really with it. It kind of reminds me of story book art. Now I want a Pokémon storybook. Can I write it?? Please, Nintendo.

So, this art from @SuperKrazyBone is just too much cuteness in one place. It’s killing me. I am dying. I love it so much.

Why are all of you incredible artists intent on killing me with your adorable art?? I am suffering and you just keep going @dar_alt

@DayumDahlia made this edit of the goodest boy in gaming and it’s clearly what we all had running through our heads when we first laid eyes on this ball of joy and fluff.

Arcanine is incredibly confused by his new floofy child in this work from @shadowswirlp. The doge memes are strong with this one.

The Pokémon trainer shows their buddy some love in this loveable fan art from @hinann_bot.

I love this interaction with the trainers and a few Growlithes in this piece by @DO9Bessa. These fluffy babies are definitely huggers.

@Doodlelot speculates on what the Growlithe evolved form- Arcanine- might look like in Hisuian form with this incredible work. I love that they have maintained the style of the Japanese Komainu statues, very much channelling that lion-dog vibe. I really hope we do get a Hisuian Arcanine in the game and that he is this fluffy.

Another take on what Hisuian Arcanine could look like from @DraciniArt. I love how majestic this fan made version is.

How do these artists create their art so fast?? This 3-D fan art of Growlithe from @henryvargasart came out only hours after the reveal and it is pure perfection.

Just some sketches of Hisuian Growlithe being a puppy from @SPLASHBEAW, including him playing with a Pokeball Frisbee, borking for fun and napping on his luxurious and voluminous fur.

Some animation now from the talented @joy_maderal. Look at his little hops! LOOK AT THEM.

A baby floof covered in cherry blossom petals from @kitsuakari_art. What more could you possibly need in life?

The answer to the question posed in this super cute fan art from @Chaobunnies is clearly Yes. Yes always.

Too cute. Just too cute. Thank you for blessing us with all this beauty @GGenystar.

Posing majestically with a Pokeball in this awesomely stylised fan art by @PechaGummy.

This really should have been on the news, as suggested in this Tweet from @TheSethRokage.

Just when you thought this fan art couldn’t get any cuter…BAM. This adorable work from @wishkub delivers a sucker punch right in the feels.

Borking up a storm from @SharkTuna

Can they actually see though? @freyofelt is out here suggesting the hard hitting questions.

@Amberlea_draws gives us all something we didn’t know we needed: Hisuian Growlithe in a neckerchief.

@limereptileart wants ten Growlithe’s but I would like to raise the stakes and request one hundred of these floofy babies.

The baby would like an Oran berry in this adorable artwork from @_Tonestar­_. Give the baby what he wants.

Shout out to all of these amazing artists for their ridiculously fast and beautifully made artwork! Make sure to check them out at their Twitter handles above. Pokémon Legends: Arceus is currently due for release on January 28th, 2022.