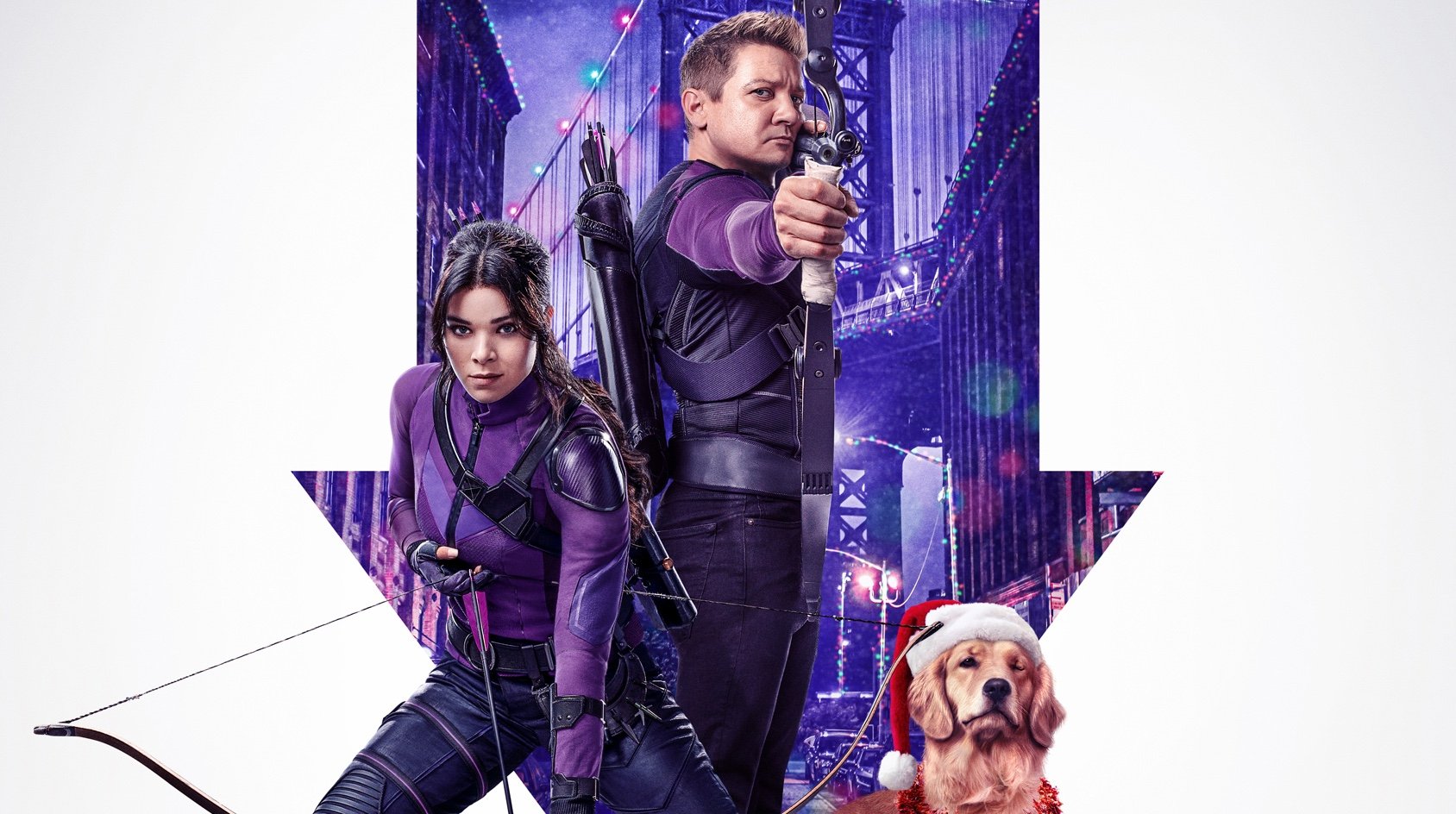 Marvel Studios has been taking its time to slowly aim one arrow a season at its ideal archery target Disney+. With the opportunity to expand upon its cinematic universe’s heroes and villains through concentrated weekly timeslots, many of Hollywood’s underdogs have been able to thrive around the company’s new streaming home. The comicbook empire has made a successful jump ushering some of its beloved lesser-known icons to the small screen, and now it’s finally time for an original Avenger to shine. Hawkeye is thankfully off to a sharp and steady premiere as Jeremy Renner’s superhero iteration of the retired Shield agent finally gets to take his long-deserved spotlight — or so audiences thought.

Taking place sometime after Avengers: Endgame, Marvel Studios’ Hawkeye shoots to tell a rather grounded and heartfelt holiday tale of two growing archers. It’s the story of a veteran crime-fighter ready to run from his past and a rising teenage girl who is way in over her head. Inspired by Matt Fraction, David Aja, and Annie Wu’s award-winning comicbook series “Hawkeye” from 2012, the Disney+ exclusive series chases after its in-universe aspirations while inheriting quite a few aspects of the original paper-printed run. Hawkeye is out to give Marvel fans more reasons to love the surviving Avenger while being the studio’s most realistic series to premiere on the small screen since Netflix’s Daredevil.

Surprisingly (or perhaps unsurprisingly for comicbook fans) Hawkeye’s premiere is not entirely keen on sticking with the aftermath of Clint Barton’s story from the most recent Avengers movies. The way the series has been advertised over the last few months is that it was going to be a standalone Barton series, but as of episode two, the show leans more in on the fact that Hawkeye is a mantle and not an individual. In fact, the show makes this clear by immediately digging into the second most popular Hawkeye who has appeared in Marvel Comics: Kate Bishop. The first episode initially starts an awkward note as Renner’s title character is practically nowhere in sight, but it does eventually manage to appropriately utilize its given screentime to introduce and balance both heroes when the follow-up entry begins.

While Bishop’s story is off to a great start, it is hard not to feel as if Barton should have been the opening lead — this is not the show’s error though. Unlike WandaVision and Loki, what Hawkeye is missing from its establishment is a true basis to work off. Audiences no doubt love Jeremy Renner’s iconic archer, yet Barton was never the Avenger that got the most love and care. He is the only original member of Nick Fury’s team who did not even have his own solo film. A running joke among fans, Marvel writers, and even Renner himself is that Hawkeye is always “the forgotten one”; a supporting character who never got the big-deal treatment. If this standalone series wants to prove itself as a worthwhile story, it is going to need to put in some effort on establishing Barton while introducing Bishop to audiences.

Delving into Clint Barton’s psychological traumas and perspective of being a superhero is more than important to making Hawkeye a perfect bullseye. The show is already doing a great job of introducing these ideas through Barton’s treatment by New Yorkers, his sadness of losing Natasha Romanoff, and his fear of seeing Ronin make a comeback. However, it is going to have to put far more effort into outing its character’s emotions. Luckily for Hawkeye’s writers, the golden key to solving this problem is clear from the get-go.

While the full individualization of the recognizable titular Avenger is yet to come, the strength of both “Never Meet Your Heroes” and “Hide and Seek” is the dynamics it establishes between characters. Hawkeye puts a notable amount of work into forging clear and grounded relationships that will help efficiently push its old and new Marvel cast members to greater heights. Kate Bishop’s origin may feel generic and stick to plenty of tropes, but her connection with Clint Barton and the idea of becoming Hawkeye helps excel her purpose in the narrative. The relationship between both Hawkeyes and their own families will help build an excellent foundation for how the writers can explore each character’s troubles.

On top of this, Jeremy Renner and Hailee Steinfeld are just both enjoying stepping into the Marvel Universe for a buddy-cop-esque team-up. Between cracking jokes, firing arrows, and petting dogs, the two have a lot to do with one another that makes their screentime enjoyable — even when not much is going on in the story as it steps on some thin stones. Almost the entire cast is giving it their all, including Some of the child actors such as Steinfeld’s notable younger counterpart who is played by Clara Stack.

On a final note — and as to be expected by Marvel Studios’ high-quality streaming productions by this point, Hawkeye can be quite a visual and audio treat at times. While the computer-generated effects can be an occasional eyesore from the actors on a blue screen, for a television show attempting to stay in line with its mega-blockbusters, it does a rather great job balancing real props and the editing room. When the show is sticking to all practical sets and action scenarios it is thriving most, but there are artificial scenarios that (again) look impressive enough considering the series is on a streaming show budget.

Hawkeye’s double premiere definitely can feel as if it is following many generalized storytelling tropes, but its groundwork shines above its script. Clint Barton is far from being Marvel Studio’s most established superhero, yet Jeremy Renner is once again able to bring some holiday cheer to audiences with his return as the famed archer. With the right dynamics and a proper relationship with Hailee Steinfeld’s Kate Bishop character, there is no doubt that Hawkeye can continue past its halfway point with an explosive tip. Hopefully next Wednesday, Hawkeye will land a few bullseyes as the six-episode limited series utilizes everything it has laid out.

Hellbound is the Latest Korean Netflix Series You Need to Watch