It’s New Year’s Eve and Colin (Neil Maskell) just wants everyone to have a good time. He has rented a mansion in Dorset for the entire family (and some family friends) for the night, a place we are constantly reminded is a whole “four fucking hours drive” from home. He’s really looking forward to it, but there’s just one problem: his sister Gini (Hayley Squires) has invited along his estranged brother David (Sam Riley). Containing more secrets and lies than any other British ensemble film released in recent years, Colin Burstead, Happy New Year is a familiar version of the family reunion genre that has some deft things to say about the nature of conflict and the impossibility of clean reconciliations.

Adopting a Dogme 95-like approach – filled with naturalistic, improvisatory performances filmed on handheld cameras – Happy New Year, Colin Burstead’s recalls Thomas Vinterberg’s The Celebration in more ways than one. While not delving as deep as its bitterly dark Danish forebear, it is a similar mix of tragedy and comedy that makes full use of its brilliant British cast.

To explain the plot would be to explain several, which is perhaps the point of the movie, taking all the drama of a Victorian novel and condensing it in a brisk 95 minutes. As one character mentions, its the kind of no-holds-barred, cleaning-the-shit-off-the-plates night that happens once every ten years. At large family reunions, there is never just one story to be told, with several different storylines interwoven throughout. Credit must go to Ben Wheatley (who also edited the film) for keeping the whole tale coherent, knowing when to cut between lighter and darker moments, and maintaining a sense of forwarding momentum throughout.

Given Ben Wheatley’s penchant for veering his stories rapidly off-course, it’s easy to spend the entire movie waiting for the other shoe to drop. But Wheatley has something subtler on his mind, doubling-down on his authentic ear for Londoner-dialogue and his ability to bring the best out of seasoned British character-actors. This confidence in simply letting his characters hang out and be angry with each other is perhaps the most surprising thing about the film and how he has developed as a director. No special tricks are needed anymore. 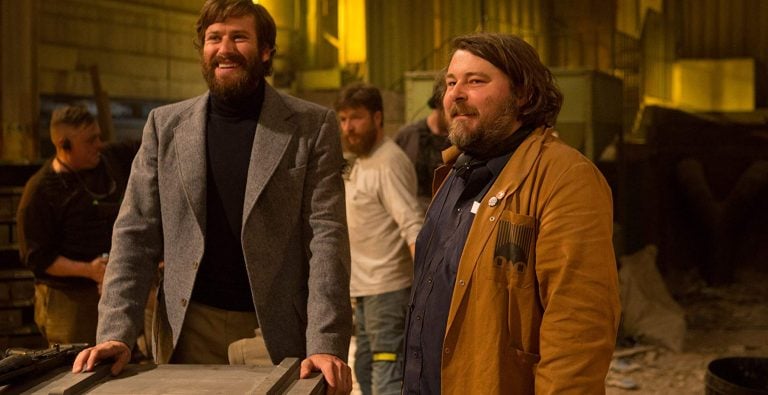 It questions whether its really worth it to expend so much energy to bring people who dislike each other so intensely together, and smartly pinpoints the ways anger can move in the wrong direction without anybody seemingly noticing. Family can be complicated beasts, full of contradictions and absurdities: the Burstead clan are no different.

At its centre is Neil Maskell, who really shines here as a man trying to bring his family together but finds himself slowly losing his cool. So often just another football geezer in forgettable outings such as St George’s Day and Rise of the Footsoldier, his performances for Ben Wheatley really show his range as an actor. He is supported by an all-star cast, including Bill Paterson as the failure of a father, Doon Mackichan as the overdramatic mother, Charles Dance as the charismatic uncle, Richard Glover as the mild-mannered Lord of the Manor, Asim Chaudhry as an unwanted gate-crasher, Mark Monero as Gini’s husband who doesn’t want to get involved and Alexandra Maria Lara as David’s German girlfriend who seems to think all of this is very amusing. This large cast, with supporting players often commenting on the main action, gives it a Greek-chorus-like feel, combining the snippy humour of British soap opera with kitchen-sink dramas like the movies of Mike Leigh.

Adding a larger context are the references to Brexit throughout (British people can hardly not talk about it these days), Colin’s New Year’s Eve plan referred to as “Project family” (i.e. “project fear”) and one character expressing his desire for an unachievable “Tony Benn Brexit”. It feels like no coincidence David absconded to Germany, the most powerful country in, and the de-facto leader of, the EU. Additionally, the constant wrangling by different, personally motivated characters to smooth over seemingly intractable family issues feels eerily similar to vested government interests leading the country to the potential disaster of a no deal Brexit. The inevitable doom of next spring lingers over the story like in a horror movie, adding a spicy socio-political edge.

As a British person who has seen over a hundred films released this year alone and found home-grown cinema to be having a pretty poor year – with no British films set in Britain in competition at either Berlinale or Cannes – a success such as Happy New Year, Colin Burstead finally shows off the wealth of acting talent available in the UK. Colin might be having no fun, but audiences certainly will.