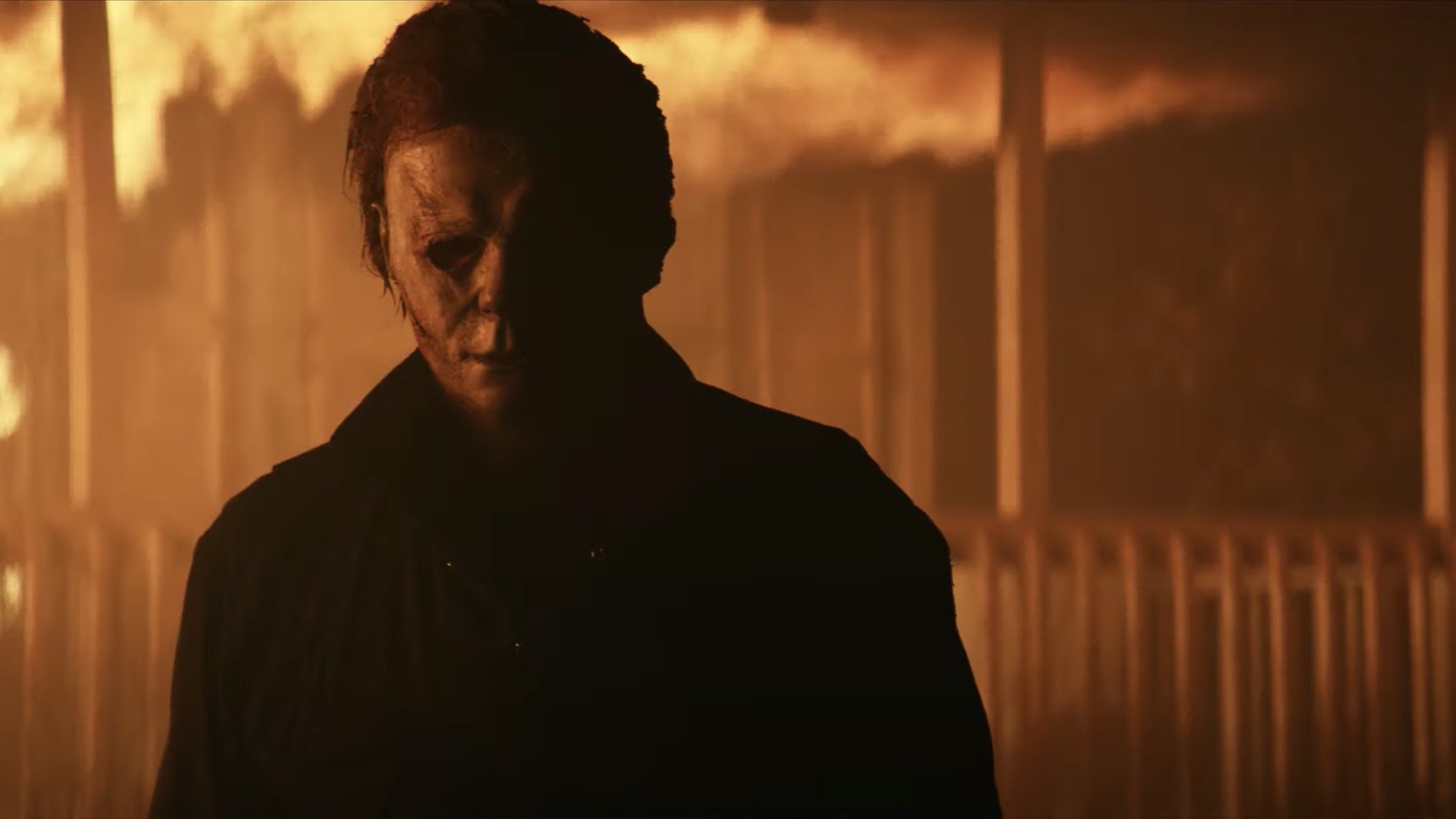 David Gordon Green’s 2018 reboot of the Halloween franchise was a sturdy, safe continuation from the 1978 John Carpenter classic. As much a sequel as a remake, it retreaded a lot of familiar territory but expanded upon the series’ protagonist, Laurie (Jamie Lee Curtis), with a trauma that has impacted her family. Halloween Kills is a baffling continuation on themes of generational trauma, working in some respects as an ode to the others that did and didn’t escape the terror of Halloween night in 1978, and misfiring as an obvious middle chapter that feels more like a detour than a sequel. Despite a handful of interesting ideas and Michael Myers delivering on the title of the film with an abundance of brutality and violence, Halloween Kills betrays itself with sloppy plotting, bad direction, and an inability to marry its sillier moments with its extremes of terror and sadness.

Opening with a flashback to 1978, Green immediately tries to recontextualize the events of the original Halloween from Laurie’s own burden to the entire town’s pain. Set during Halloween night of 2018, Michael Myers continues to wreak havoc through Haddonfield, unbeknownst to Laurie and her family who believe they’ve stopped The Boogeyman. The rest of the town soon discovers after a 40th celebration of Myers being imprisoned that he had escaped earlier that day and is terrorizing the town once again.

The shift of trauma from one person to a group is not inherently a bad idea. It was a horrifying night and Halloween Kills still centers itself around those directly affected by it. 40 years later, we see familiar characters like Tommy (Anthony Michael Hall), Lonnie (Robert Longstreet), Leigh (Charles Cyphers), Lindsey (Kyle Richards), and Marion (Nancy Stephens), still reeling from the events. Not as much as Laurie who built an entire panic room and scarred her family with her fanatic obsession with Myers, but a more grounded suffering. Their inclusion and flashbacks to Officer Hawkins’ (Will Patton) experience in 1978, also turn a simple narrative into a sprawling network of grief.

That would all work well enough if the entire 2018 film wasn’t centered on Laurie and her family exclusively. It would all be somewhat satisfying if everything that transpires in Halloween Kills didn’t feel like a side story that is betrayed by its ending’s implication of where the third film is headed. Where Carpenter’s original film succeeded was in how stripped down it was and how little it cared about explaining The Shape’s motivation beyond “He’s evil!”. The screenplay here needs everything to matter and for Myers to have a mythos.

An extended bit at the Myers house is just a series of laughs and cheap thrills, leaving Halloween Kills truly unsure of what it wants to be. The script is again co-written by Green and Danny McBride, with Scott Teems replacing Jeff Fradley. It’s a mess that leans heavily on bad jokes more so than the last film. The entire Myers house sequence is an example of how poorly the film blends together all of its tones, culminating in a scene that feels devoid of much purpose.

Halloween Kills largest failure is in its inability to string together a cohesive narrative. The only connecting point is Myers, who kills and kills in the most brutal, fantastic ways. Laurie is completely sidelined as a main character, instead pushing forward a plot involving her granddaughter Allyson (Andi Matichak), but it’s really all focused on Myers himself. There are some truly inspired kills, aided by great framing from Michael Simmonds. Every kill has an energy to it that gives the film its own unique flavor, a little bit closer to an action film than horror, but still unnerving. Myers himself embodies more than just evil; he’s an unstoppable force. It’s played to comical levels, but it still works at creating an effective atmosphere of hopelessness.

Perhaps the most inspired moment in Halloween Kills is when it actually capitalizes on an entire town’s fear and unease with a killer on the loose. What is essentially a side plot that serves virtually no purpose because it’s immediately forgotten involves a chase sequence through the hospital where everyone quickly forms a mob and tries to catch and kill Myers. It’s extremely heavy-handed, but Green has never been one for tact and it surprisingly works in juxtaposition with the unrelenting terror Myers has invoked in Haddonfield’s residents. While it’s evidence that there’s no subtlety in Halloween Kills, the film doesn’t always suffer because of it.

It’s unfortunately a frequently disappointing movie though. Nothing really happens in the grand scheme of things until the final act and the film’s lack of subtlety is only truly at odds with itself in the ending. A bad set-up to a third film that overlays bad narration over a kill montage, mercilessly beating a dead horse and taking the entire town’s trauma and nullifying it. It emphasizes just how poorly constructed the film’s plotting is and that as much as Green proved himself with the 2018 film, he undermines all of that good faith with some atrocious direction throughout Halloween Kills.

The saving grace really is that Myers feels like he has fed off the fear of Haddonfield for so long that he’s becoming more resilient because of it. Carpenter’s Halloween made Myers nondescript with the exception of its prologue and the occasional exclamation of how evil he is from Dr. Loomis. While Green goes further in the attempt to give Myers purpose, he also maintains that notion that Myers isn’t completely human…he’s unrelenting evil and hurting him is only going to make him angrier.

This bleeds into the score where John Carpenter, Cody Carpenter, and Daniel A. Davies, have returned to rework the main theme again and put an extra bit of anger coursing through the film’s veins. The score and Myers are what keeps the film’s momentum going even when it seems to have no idea where it wants to go. If it runs out of ideas, the music is there to back Myers as he kills again. The mob mentality that Haddonfield forms only further fuels that anger.

When taken apart as pieces to a puzzle, there are actually a lot of decent ideas that speak to an overall understanding of what makes Myers so damn scary. It’s what the presence of evil can do to people, how it lingers even after it’s gone, and how easily anger can consume those already afraid. Unfortunately, put together in the way that it is, Halloween Kills lacks gravitas and barely rises above its dependence on Myers’s bodycount. The narrative threads fray and all the thematic weight from the original film is sacrificed to make a larger point that it just can’t convey. It’s a film that doesn’t know where to focus, and as the middle part of a trilogy of films, it loses all impact because of it.