With soccer’s biggest tournament started this week, the world is watching. But what happens if you want to follow the action and know nothing about the “beautiful game” because you spend all your time playing video games? Worry not, because Goomba Stomp’s resident footy-mad, cynical England supporter is here to give you some key info on this year’s contesting teams and how they theoretically relate to the gaming world. We’ll be doing one group every few days, so keep it here and you’ll be come a World Cup expert in no time! This is the final group of the tournament. If you’ve enjoyed this series of articles, then thanks for reading and enjoy the World Cup!

Colombia had an excellent showing at the World Cup in 2014 when they made it to the Quarter-finals, and this time around they only just qualified for their first consecutive finals appearance in 20 years. Star player James Rodriguez put it in some perspective as he said to World Soccer Magazine, “Qualification from South America is really tough. To get out of this group you need massive balls.”

There’s no reason why Colombia won’t be a team to fear this time around as well, as they have some really talented players in their ranks. Chief among them is James Rodriguez – winner of the Golden Boot at the 2014 World Cup with six goals – but he did start today’s opening game against Japan with muscle fatigue. Luckily, all-time top scorer Radamel Falcao is a revitalized player after his terrible stint at Manchester Utd, and Juan Cuadrado’s blistering speed is also a real weapon.

If it were a video game, Colombia would be: 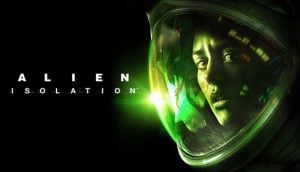 Alien video games (good ones anyway) and the Colombian team at the World Cup were both basically non-existent during the 00’s, and then both came back with a bang in 2014. Alien Isolation was the tense, terrifying, faithful video game fans had wanted for decades, and Colombia returned to the World Cup after 16 years with a bang to reach the Quarter-finals. The world now expects both to push on from there.

Biggest contribution to video games: If you need to be told this, you’re on the wrong website.

Japan is one of the most successful teams in Asia, having qualified for the last six consecutive World Cups. It shows how much the sport has come on in the country, considering they never qualified at all until 1998 and have qualified for every tournament since. Although, apparently qualifying for a tournament isn’t everything, as the JFA sacked their previous manager, Vahid Halilhodzic, after the team had some bad results in a couple of friendly matches.

According to World Soccer Magazine, JFA president Akira Nishino said he was moving to improve Japan’s chances at the World Cup chances “even if by only one or two percent.” The new manager may likely only see that much of an improvement, as an aging group of star players will need to dig in and support the younger crop for them to have any chance at getting through the group.

If it were a video game, Japan would be:

Japanese developer Capcom’s Resident Evil 0 was the straw that broke the series’ back. After Code: Veronica followed the usual template, and Resident Evil remake on GameCube was bound to ape the original, 0 was the moment when that formula became tired, and it was apparent that change was needed to freshen it up. Freshening up is what Japan are aiming to do with a new manager and some young rookie players, but perhaps their older stars, and indeed their brand of careful possession football, is looking a little tired as well.

In what is now a very repetitive theme for the 2018 World Cup, Poland are yet another team staring down a last chance for a supposed “golden generation.” Superstar all-time top scorer Robert Lewandowski is now 29, and will face a challenge to make the tournament in 2022 aged 33. It’s not just he who is getting on in years though, as Poland are one of the oldest squads at the tournament with ten players all aged at least 30.

Poland reached the Quarter-finals of Euro 2016, and are arguably the second strongest team in Group H. Lewandowski didn’t even score a goal at the Euros, and much more will be expected of the man who would have joined English football shitshow Blackburn Rovers back in 2010 if it wasn’t for a volcanic ash cloud over Europe cancelling his flight. Instead, he ended up with 6 Bundesliga titles for German clubs Borussia Dortmund and Bayern Munich combined. Can he add to his collection of winner’s medals at the World Cup? No. No, he probably can’t.

If it were a video game, Poland would be: 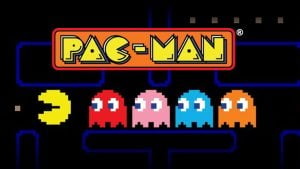 With their finest hour in the late 70s and early 80s, both Pac-Man and Poland used to be a big deal in their respective fields. Largely middling for long periods of time, both have had impressive showings in recent years, with Pac-Man Championship Edition completely revitalizing the pill-munching ghost-dodger, and Lewnadowski’s golden generation giving Poland their best chance in 34 years of making an impact on the world stage.

Senegal shocked the world in 2002. In their first-ever World Cup, they beat defending world (and European) champions France in their first group game. France absolutely imploded at the tournament, while the Senegalese tournament rookies went on to the Quarter-finals. It remains the only World Cup appearance in their history. They were probably also the catalyst for “big clubs buying previously unknown players who have a good World Cup,” as the 2002 squad boasted several players who went on to be household names across Europe in the wake of the tournament.

2018’s Senegal boasts their own handful of household names, most notably Liverpool’s Sadio Mane and Napoli’s Kalidou Koulibaly. Group H is a very tight one in terms of the ability of its competing teams, but Senegal will be expecting their physically strong and speedy team to make a hell of a go at it.

If it were a video game, Senegal would be: 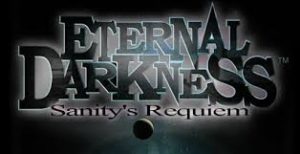 Another entity that made a surprisingly good showing in 2002 and has never been seen again. Much like the Senegal team that featured Henri Camara, Papa Bouba Diop, El Hadji Diouf and current manager Aliou Cissé, people still remember Eternal Darkness fondly. Unfortunately, just like a Senegal appearance in a World Cup, we haven’t seen another Eternal Darkness title. The Senegalese will be hoping their World Cup campaign goes a little better than the failed Kickstarter for Eternal Darkness spiritual successor Shadow of the Eternals.

‘Detroit: Become Human’ – A Game That Knows Exactly What It Is

Most Anticipated Games from E3 2018