Belgium have fallen into the same trap that England did back in the early-mid 2000’s, where they have labelled their team a “golden generation” without actually winning any, you know, gold. It’s probably because Belgium had a terrible team for the majority of the 21st Century until 2012, when a crop of incredibly talented young players began to emerge, and De Rode Duivels (The Red Devils) became many neutral fans’ pick for ‘dark horse’ winners of both 2014’s World Cup and Euro 2016.

This wasn’t without merit, to be fair. Belgium had impeccable records in qualifying for both those tournaments – and were ranked number 1 in the world by FIFA between Nov 2015 and March 2016 – but they fell at the Quarter-final stage each time. The current squad is ranked 3rd, and goes into the tournament with a new manager and four years’ worth of experience to build on. Their team is so impressive, and they are so close to the top, but this could be the last chance saloon for the golden generation to actually start being golden.

If it were a video game, Belgium would be: 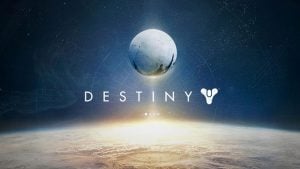 Destiny is equally as baffling as Belgium in that its excellent fundamentals and obvious talent just doesn’t quite result in greatness. There’s no denying Destiny is a game built almost-flawlessly in terms of its mechanics, as Belgium are a team built full of talented players, but neither has yet to fully deliver on their promise.

Best World Cup Performance: Winners (1966, but it’s not like that’s all we talk about)

Ah, the England football team – the cause of, and solution to, many of life’s problems. Probably not the solution to many of my problems, considering a Semi-final defeat to Germany at Euro ’96 is the best I’ve seen since being old enough to understand the sport. Since then, it’s been nothing but false promise, heartache, and losing on bloody penalties. Or to Iceland.

Current manager Gareth Southgate took over the job despite seemingly not wanting to; reluctantly stepping in after Sam Allardyce was sacked after just one game in charge because he got caught in a sting operation by a British tabloid newspaper (because their job is to fuck over the England team as much as possible). He’s since brought a sense of calm to the squad, has experience of England’s recent tournament issues, and has built a squad of young, in-form players (mostly). Nobody is getting carried away, but this World Cup might not be completely horrible. Famous last words, right there.

If it were a video game, England would be: 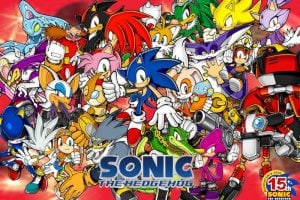 England are one of the two oldest national teams in football; alongside Scotland. SEGA and Nintendo – with their mascots Sonic and Mario – are undeniably the two biggest reasons for the popularity of gaming today, reinvigorating the medium after the crash of the 80’s. Mario remains genre-defining and iconic to this day, but Sonic mainly serves as an analogy for English football: Been around forever, shows glimpses of greatness, but usually ends up being a massive, shitty disappointment that pisses its fans off over and over again. 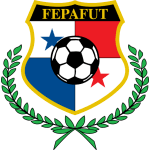 Biggest contribution to video games: Er… They don’t really make them in Panama, but the US invasion of Panama was the basis for the title of the Just Cause series. That’ll do.

Hands up if you know anything about the Panama national team. Nope, me neither. Well, other than it’s their first ever World Cup, they qualified at the expense of the USA, the country’s president declared a national holiday the day after they qualified, and about the existence of a lady dubbed the “Panama Grandma,” who is probably the coolest old battle-axe ever.

Panama needed to defeat Costa Rica in their final game to qualify, and having scored an 88th minute goal, shenanigans kicked in. First, a ball boy decided that rather than giving the ball to a Costa Rica player trying to take a throw-in, he’d boot the ball out of the stadium. Then, the majesty of the Panama Grandma came into being. With stoppage time running down, the old biddy runs on to the pitch, and pretends to faint three times to stop police from dragging her off. Her reason was not subtle: “I jumped onto the pitch in order to avoid Costa Rica scoring another goal. I was not going to let them do it.”

If it were a video game, Panama would be: 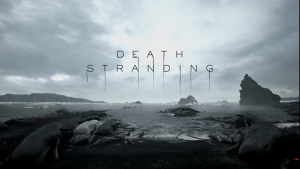 Panama are at their first ever World Cup, and Death Stranding is Hideo Kojima’s first game since leaving Konami. If you think potential opponents know little about Panama, think how much you know about Death Stranding. They could both be awesome, they could both be bollocks – we just can’t be certain yet. While DS comes with a certain expectation, though, Panama have nothing to lose, and that makes them dangerous. 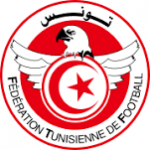 Tunisia were the first African team to ever win a World Cup game when they defeated Mexico 3-1 at Argentina 1978. That, however, was the only game Tunisia have ever won at a World Cup, with them having identical records of won 0, drawn 1, lost 2 when they subsequently, and consecutively, qualified for the World Cup in ’98, ’02 and ’06.

Tunisia face England in their first game, which is a repeat of the first game of World Cup ’98 (that we were allowed to watch at my high school instead of going to a German lesson, proving again that it was right for us to enter World War II). Said match involved England midfielder David Batty producing probably the best foul I’ve ever seen when he bicycle-kicked a Tunisian player (I don’t care who) right in the face. Perhaps that moment of absolute brutality is what sparked fan violence in Marseille after the game – scenes which then-Prime Minister Tony Blair described as “a total disgrace” – or maybe it’s because England football fans can be right twats sometimes.

If it were a video game, Tunisia would be: 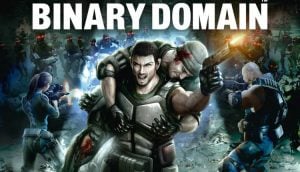 On the surface (and based on the box art as well), Sega’s Binary Domain looks to be an utterly forgetful, bland and formulaic shooter. Ok, so it is kind of formulaic, but it’s massively underrated, and boasts solid mechanics, a decent setting and doesn’t outstay its welcome. Tunisia fit this bill as well. Solid, better than people think, and likely to be gone before the knockout round.

The History of E3: Looking Back on Gaming’s Biggest Event