The German team that has three of those four World Cups was actually West Germany. The team (nor, indeed, the country) wasn’t unified until 1991 after the fall of the Berlin Wall in ’89. At one point in time, there were three national teams representing parts of Germany, with the good one being West Germany, the bad one being East Germany, and the one you’ve probably never heard of being Saarland, the latter being formed in 1950 due to French occupation of Germany following World War II.

Now firmly one big behemoth of a team, the Germans are currently enjoying ruling the world in the nice way, coming into the 2018 tournament as the defending champions and number one ranked team in the world. The current side has talent all over the pitch and a ruthless will to keep on winning with trademark precision and organisation. They are apparently so stuffed full of talent that they can afford to leave Manchester City’s Leroy Sane out of the squad despite him being a key part of the team that earned a record total for points in a single Premier League season. It’s not even funny is it? They’re just taking the piss now.

If it were a video game, Germany would be: 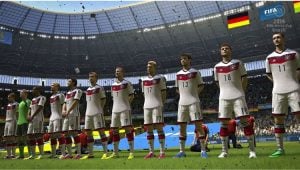 Germany and the FIFA games are, and pretty much always have been, on top of their respective football worlds. They may both be formulaic and are representing an entity that many people view to be evil (Note: Germany are not evil any more, but EA definitely are), but they are consistent and they get the job done time after time.

Although The Simpsons will incorrectly have you believing that Mexico are in the top two teams on Earth, they are still a proper football institution. The team played in the first ever World Cup match against France back in 1930. They have played in a further 14 World Cups since but have never won the competition. They did, however win Olympic gold back in 2012.

Not only are Mexico perennial qualifiers for the World Cup, but they almost always get past the group stage… and then lose in the Round of 16. In every World Cup since, and including, 1994 the Mexicans have been knocked out of the competition in the first knock-out game. Depending on how you look at it, that’s either impressive or disappointing.

The bad news for Mexico is that, assuming results go as expected, they will likely face Brazil in the Round of 16 this year. May the tradition continue!

If it were a video game, Mexico would be:

FIFA may have pretty much always been on top of the football video games world, but PES like Mexico has been involved pretty much the whole time as well. Lots of people support PES, and it means a lot to die-hard fans. it’s not likely that PES, or Mexico, will ever be truly on top of the world, but some people are just happy they’re still here.

Sweden’s involvement in this year’s World Cup comes at the cost of two staples of international football – namely, Zlatan Ibrahimovic in a Sweden shirt, and Italy at a World Cup. The Swedes defeated the Italians back in November in a qualification playoff tie for this year’s World Cup – meaning the four-time winners miss their first tournament since 1958 – and they did it all without big Zlatan.

Don’t worry about the lack of Zlatan, though, there’s still plenty of reason to pay attention to them while they’re there. You’ll likely notice the cameras at Sweden games panning very often to pretty girls in the crowd. It’s something of a World Cup staple, and if that’s your thing, then go nuts. It’s not just the women who make an impression on a World Cup, though – the Swedish fans were voted the best during the 2006 World Cup, due to their “massive numbers, friendly attitude and love for the game.” Isn’t that adorable?

If it were a video game, Sweden would be: 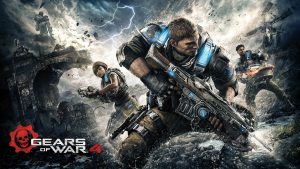 Gears of War 4 marked the beginning of a new era for the franchise, as new developers and new console hardware saw the grisly, macho shooter begin life without its most recognisable protagonists. Sweden are facing the same transition in their post-Zlatan era but, unlike Gears 4, he won’t end up making a surprise return in the latter stages of the tournament. Oh, spoiler alert for Gears 4 by the way. Sorry.

Biggest contribution to video games: Their eSports players in basically everything

South Korea is the most successful football team in Asia, participating in their ninth consecutive World Cup tournament, the most for any Asian country. Qualifying for lots of World Cups is all well and good, but South Korea didn’t actually win a single match at any of the first five they played in. Good things come to those who wait, though, as the 2002 tournament they joint-hosted with Japan saw them reach the Semi-finals. Well, I said “wait” but did I actually mean “cheat”?

Now, I’m not actually saying South Korea did cheat during their run in 2002, but let’s just say it seems like they got a lot of favourable decisions from referees. Their 1-0 win over Portugal saw the Portuguese have two men sent off; the 2-1 win over Italy saw Francesco Totti controversially sent off for diving; and the Quarter-final win over Spain saw two of the Spaniards’ goals ruled out by match officials. To be honest, as a disgruntled Englishman with plenty of reasons to dislike the Italian, Portuguese and Spanish teams, this was actually quite hilarious. Thanks, Korea.

If it were a video game, South Korea would be: 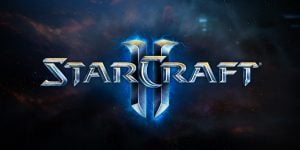 It’s got to be StarCraft 2, doesn’t it? Now, South Korea may not be the best in the world at football, like they are with StarCraft (and, probably, Overwatch), but both are hugely popular in the country, they treat them both as full sports, and they take them both very seriously.