The Gamer’s Guide to the World Cup – GROUP E

Previous World Cup Appearances: 20 (AKA all of them)

Ah, Brazil. Brazil is the most successful national team in the history of the World Cup. Not only have they won the damn thing a record five times, they are the only national team to have played in every single World Cup since the very first one in 1930. It’s because of this that everyone, unless you’re Argentinian, loves Brazil. A World Cup without a Brazil side full of their samba swagger is practically a non-event.

Speaking of Brazil teams lacking a swagger, they lacked even more than that when they faced Germany in the 2014 semi-final. Brazil losing a World Cup semi-final, in Brazil, 7-1 is perhaps the biggest shock result in football history. The country was practically in mourning after such a cataclysmic result, and now the time has finally come for Brazil, lead by Neymar and his band of fellow superstars, to take revenge. Be afraid, but prepare to be entertained.

If it were a video game, Brazil would be: 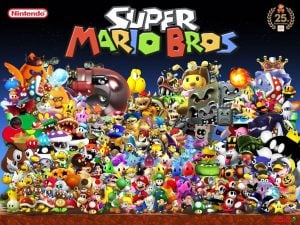 For Brazil, it has to be the daddy of videogames himself. Brazil and Mario both have unrivalled levels of success and a unique-yet-recognisable appeal that is beloved the world over. Let’s just say that 2014 was Brazil’s New Super Mario Bros. series – not their finest hour, but you can bet they’ll be desperate to come back with their own Super Mario Odyssey this time.

Costa Rica had an unbelievably good World Cup last time out in 2014. Finding themselves in a group alongside Italy, Uruguay and England, they ended up winning the group on their way to the quarter-finals. A true underdog story in terms of the World Cup, Costa Rica are conversely the most successful national football team in the history of Central America.

Costa Rica’s 2018 World Cup squad is, if nothing else, settled. They will likely start with almost the same lineup as they had four years ago, and will be hoping that familiarity will help boost an aging team who can no longer use the surprise underdog factor that produced their unprecedented success in Brazil.

If it were a video game, Costa Rica would be: 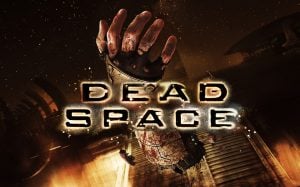 American readers will probably be able to see familiarity in the amount of times the Serbia team has been moved around and renamed, albeit for much more horrific reasons than good ol’ American capitalism. Serbia are considered by FIFA and UEFA to be the successor of both the Yugoslavia and Serbia and Montenegro national teams, the latter of which separated in 2006 following the Montenegrin Independence.

Although Serbia got clearly the best pot of players compared to Montenegro, they will probably struggle in this tournament. The playing talent is there, but the team is going into the World Cup having sacked the manager that got them there. Slavoljub Muslin was given the boot mere weeks after qualification was assured largely because he didn’t want to play the players that the Football Association of Serbia wanted him to play. Faith in the manager be damned – “Play Sergej Milinkovic-Savic or we’ll find someone who will,” is what they probably said, and then actually did.

If it were a video game, Serbia would be: 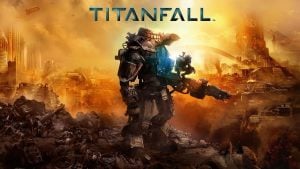 The fruits of the split between Activision and Infinity Ward, Respawn Entertainment’s robot-mech-parkour-shooter is a very decent game. The problem is that not enough people really pay attention to it, meaning that it’s overshadowed by bigger name games in the same genre. Ladies and gentlemen, I give you Serbia.

Take a guess at where Switzerland are in the FIFA Rankings. I know I mention these a lot and usually fail to mention that they’re, well, kind of bollocks, but this one will surprise you. Believe it or not, Switzerland are 6th in the world rankings. That’s higher than France, Spain, England, Chile, Uruguay and Croatia. It’s like they snuck up on everyone with their resolute, unspectacular style and somehow became an amazing team. Right?

Well, maybe not amazing. The Swiss do things sensibly and it works for them… for a bit. They have a record for consecutive minutes without conceding a World Cup goal (all of 2006 and nearly two games of 2010), and probably the most exciting thing about them was when three Swiss players had their jerseys ripped in their Euro 2016 match against France, with midfielder Xherdan Shaqiri joking that he “hope[s] Puma don’t make condoms.”

If it were a video game, Switzerland would be:

If you’re one of those people, like me, who just saw clips of FNAF online, then you’d probably wonder how the hell this pile of schlocky, ugly garbage ever got to be the phenomenon that it was. Breaking the record for most sequels released in the same year, FNAF was inexplicably huge, much like Switzerland are inexplicably just outside the top 5 ranked teams in world football. I suppose that, in reality, FIFA’s ranking system holds about as much importance as what the PewDiePie fanbase are interested in.

Sony’s Sidelining of Japan Studio Will Damage Its...

The Short Length of Bowser’s Fury Is To...