The Gamer’s Guide to the World Cup – GROUP D

With soccer’s biggest tournament starting today, the world is watching. But what happens if you want to follow the action and know nothing about the “beautiful game” because you spend all your time playing video games? Worry not, because Goomba Stomp’s resident footy-mad, cynical England supporter is here to give you some key info on this year’s contesting teams and how they theoretically relate to the gaming world. We’ll be doing one group every few days, so keep it here and you’ll be come a World Cup expert in no time!

It’s getting a little bit silly now. Perhaps Argentinians are so used to having their team’s superstar guide them to glory (by cheating or otherwise) since the Diego Maradona era (not the one where he managed them, obviously, although that was hilarious), that when in possession of another player of such quality comes along, he’s expected to do it all by himself. Do we feel sorry for Lionel Messi, or should he do more to help his country achieve the ultimate victory?

The pressure on Messi is now so extreme that Argentina coach Jorge Sampaoli has said “Messi has a revolver to his head called the World Cup.” He might be able to dodge taxes, but I doubt he can dodge bullets. In reality, he’s not the country’s only hope – Argentina have a host of fantastic players – most notably up front. Surely a team boasting Messi, Sergio Aguero, Gonzalo Higuain and Paulo Dybala can go all the way, right? Messi’s life apparently depends on it!

If it were a video game, Argentina would be: 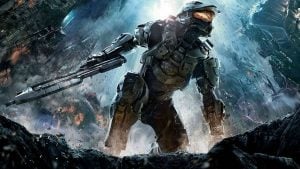 Can you actually remember that much about a Halo game that didn’t have Master Chief in it? They certainly don’t ever get to be a core entry in the franchise if Johnny boy isn’t in it, and the same can definitely be said about Lionel Messi. There’s talent in the squad, but not enough for them to be considered anything close to favourites without him.

The modern Croatia team was only formed in 1990, shortly before the nation’s independence from Yugoslavia, with Euro 1996 their first major tournament after being recognized by FIFA and UEFA in 1993. They’ve done relatively well since then, too. In the modern era of football, you’ll not likely ever see a team finish third in their World Cup debut like Croatia did in 1998.

That was, however, 20 years ago. Fast-forward to 2018, and off-field problems threaten to scupper Croat hopes of a decent tournament. Dejan Lovren and star player/captain Luka Modric are among several players that testified against “the most powerful man in Croatian football,” Zdravko Mamic, who was jailed for making illegal personal profits on player transfers from Croatian side Dinamo Zagreb. Modric himself is facing jail time for perjury after changing his testimony during the trial, and Mamic has publicly asked the cheeky rhetorical question of “how [they will] find the strength [to play at the World Cup] when they know what the state has done to me” – guilt trip much, mate?

If it were a video game, Croatia would be: 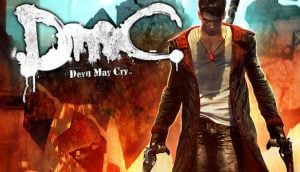 Ninja Theory’s DmC is a great video game that does so much right, and a lot of gamers could see its positives and enjoy it for what it was. Some long-time Devil May Cry fans, however, couldn’t get past the new character model for protagonist Dante. Luka Modric is Croatia’s “Emo Dante” – the key part of an impressive package, but some people just don’t like him. Granted, nobody went to jail over Dante’s design, so Modric is arguably the worse of the two.

Iceland is a small place where not a lot of people live. In fact, they are the smallest nation by population to ever qualify for the World Cup. It’s a massive achievement that they are even competitive on any level and, trust me, even more embarrassing if your team loses to them at a major tournament. Lose to Iceland and be prepared for your national press to compare their population to one of your home cities, just to make you all feel extra pathetic. Take a bow, Coventry.

Iceland are all about upsets, and they’ll firmly believe they can upset a few big names again at the World Cup. They like growing beards and joining their fans in a spine-tingling war cry chant that you will absolutely see at the tournament. It’s been copied the world over, so you can’t miss it. They’ll be setting their sights straight at Nigeria for their best chance at an historic win.

If it were a video game, Iceland would be: 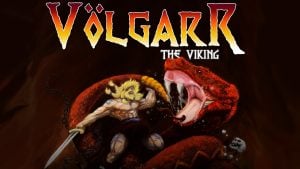 Really, just pick a Viking game. Volgarr was created by indie developers Crazy Viking Studios after a successful Kickstarter campaign and is a tough as nails side-scrolling platformer in the vein of Ghosts ‘n Goblins. So it’s small, it’s got Vikings in it, and it’s hard as a bastard. That’ll be Iceland then! 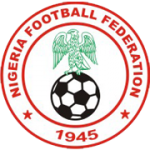 Nigeria won their qualifying group for the World Cup despite having to forfeit their final match after fielding an ineligible player (defender Abdullahi Shehu should have been serving a suspension for two yellow cards, but Nigeria played him anyway) against Algeria – the match’s 1-1 result being overturned into a 3-0 defeat for the Super Eagles.

There was a time, April 1994 to be precise, when Nigeria occupied the highest FIFA ranking position ever achieved by an African football team as they sat in the dizzy heights of 5th. 2018 is not, I can confirm, 1994, and with the team languishing way down in 48th going into the tournament, little will be expected. What we can expect from them is easily the best kit in the tournament, sported proudly by – according to the Confederation of African Football – the continent’s best fans.

If it were a video game, Nigeria would be: 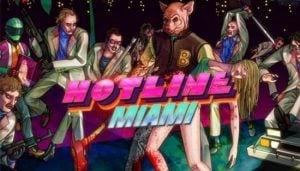 Seriously, that kit of Nigeria’s is pure 80s chic – it sold out minutes after its release with three million pre-orders and hundreds of fans queuing outside London’s NikeTown store to grab it. Hotline Miami is a stylish, retro-tinged game that also has an abundance of brutality. Sitting so low in the FIFA rankings and up against Argentina and Croatia, Nigeria’s tournament could be equally brutal.

5 Most Anticipated Indie Games From E3