With soccer’s biggest tournament fast approaching, the world will soon be watching. But what happens if you want to follow the action and know nothing about the “beautiful game” because you spend all your time playing video games? Worry not, because Goomba Stomp’s resident footy-mad, cynical England supporter is here to give you some key info on this year’s contesting teams and how they theoretically relate to the gaming world. We’ll be doing one group every few days, so keep it here and you’ll be come a World Cup expert in no time!

Australia is the only national team to have been a champion of two confederations, having won the OFC Nations Cup four times between 1980 and 2004, as well as the AFC Asian Cup in 2015 when they were the hosts. The reason for this is that, basically, Australia were too good for Oceania and decided to challenge themselves more in Asia. Back in March 2005, the AFC unanimously voted to allow the Aussies in to make the federation look better after the OFC had unanimously endorsed them leaving to make everyone else in their federation look better. Everybody wins!

Well, not everybody. Not usually Australia at the World Cup, anyway. 2006 was their best performance in the competition, but four years ago in Brazil they had a horrible time, losing all three games in a disgusting group that featured Spain, Netherlands and Chile. Like lambs to the slaughter, they were. This time out, the Socceroos have a slightly easier group, but it’s unlikely they’ll have enough to best either Denmark or Peru – especially when their only out-and-out striker is 39 year-old Tim Cahill, who can barely last half an hour these days.

If it were a video game, Australia would be: 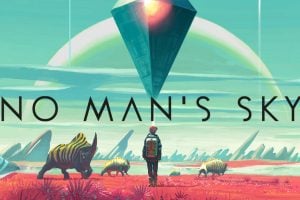 Remember how good Hello Games were at making the side-scrolling motorbike indie titles in the Joe Danger series? Remember when they tried to leave their comfort zone by doing something totally different with the ambitious No Man’s Sky, and it was a huge disappointment? Do you see where I’m going with this? Have a look at how good Australia are at rugby and cricket, and then compare that to the achievements of their soccer team. You don’t have to go and play No Man’s Sky again, though. I’m not that cruel. 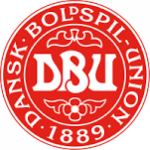 It’s probably fair to say that Denmark is the nation that has shot its football team (not literally, that’s Colombia) in the foot more than any other. Until 1971, the Danish Football Association, DBU, not only enforced football to remain an amateur pastime in the country, but they also barred all Danish players who had moved abroad to become pros from playing for the national side. As such, the Danish leagues (until 1978), and their international side, consisted exclusively of amateur players, and they obviously never qualified for a World Cup. Once the pros were around, the Danes finally made it to the big dance in 1986.

As is becoming something of a theme in this world cup, Denmark are another side with a relatively weak attack, arguably wasting the immense creative talents of Tottenham Hotspur superstar Christian Eriksen, who practically won the team’s World Cup qualification playoff against Ireland all by himself. They will certainly be in with a shout of emerging from this group, though, even if their striker Lord (yes, really – he owns a square foot of land in Scotland) Nicklas Bendtner will miss the tournament through injury.

If it were a video game, Denmark would be:

1992 was a good year for Denmark – actually it’s probably the best year in the history of the national team. For this was the year the Danes won their first and only major trophy at Euro 1992 – one of the biggest shocks in the tournament’s history. It wasn’t the only thing providing a shock in 1992, as “the forefather of survival horror” was borne in the form of Infogrames’ Alone in the Dark. Despite 1992 being the year that both made a huge mark on their respective industries, they have massively struggled to replicate this success, with neither having done anything of note ever since. Still, 1992 was great. 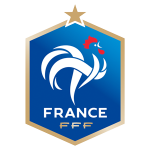 France are such a fascinating nation to behold at a World Cup. Since I’ve been watching football, France have won the World Cup as hosts in 1998; lost to tournament rookies Senegal and get knocked out at the group stage without a win (as the defending champions) in 2002; had Zinedine Zidane get sent off for a headbutt during the final, and his last ever professional match, in 2006; and had a full-on player revolt in 2010 – where the entire squad refused to train in protest to striker Nicolas Anelka being sent home for telling the coach to “go fuck yourself, you son of a whore” during half time of their first group stage match.

Oh, and it hasn’t stopped there. If there are any Real Madrid fans wondering why Karim Benzema isn’t in the French squad for the 2018 World Cup, that would be because he’s been frozen out from national team since it was alleged he blackmailed former team-mate Mathieu Valbuena over the latter’s involvement in a sex tape. Vive la France indeed! Unfortunately for the rest of the world, even without Benzema, France have a scarily talented squad, and are among the favorites to win the whole thing.

If it were a video game, France would be: 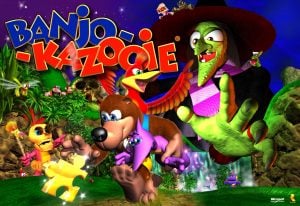 The bear/bird duo may well be effective, powerful, and stars of one of the greatest video games of a generation, but man alive do they love to bicker! Kazooie is the main aggressor in the relationship – let’s call her the Patrice Evra of the duo – but a video game couldn’t be picked to represent France any better than one that is massively impressive and admired by many, but with its human aspect marred by childish arguing and people just being dicks to one another.

Yeah, so Peru are currently ranked 11th in the world. That’s just four places below France. Granted, this probably shows how pointless the FIFA world rankings are, but also it shows the remarkable run Peru has been on as of late. In March of 2017, it looked as if Peru would have to add another four years on to their long wait to qualify for only a second World Cup tournament since 1982, but the team is currently on a 15-match unbeaten run and will be full of confidence going into their opening match against Denmark on Saturday.

Los Incas have also had another pre-tournament boost as star striker, and all-time leading goalscorer, Paolo Guerrero has been cleared to play at his country’s first World Cup in 36 years after having a drug ban suspended. Banned for 14 months for testing positive for cocaine at a World Cup qualifier against Argentina, Guerrero’s ban has been temporarily lifted after it was deemed he wasn’t totally at fault – apparently the cocaine was actually in some contaminated tea. Even the captains of Peru’s three World Cup group opponents wrote to FIFA to ask for the ban to be lifted, and their wish has been granted – effectively leaving only themselves to blame if Guerrero has a say in knocking any of them out of the tournament.

If it were a video game, Peru would be: 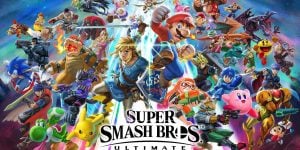 Smash Bros. is a game that brings joy to a great many people with its simplistic mechanics and recognisable characters, but one of the more notable aspects about the franchise is its hardcore, and extremely vocal, fanbase. The same can be said of Peru – literally, in fact. During the match against New Zealand back in November that saw Peru qualify for the World Cup, the fan reaction (they like to bounce a lot) was so loud it actually caused earthquake warnings in neighboring Chile!