With soccer’s biggest tournament fast approaching, the world will soon be watching, but what happens if you want to follow the action and know nothing about the “beautiful game” because you spend all your time playing video games? Worry not, because Goomba Stomp’s resident footy-mad, cynical England supporter is here to give you some key info on this year’s contesting teams and how they theoretically related to the gaming world. We’ll be doing one group every few days, so keep it here and you’ll be come a World Cup expert in no time!

The national football team of Iran has been the highest-ranked team in Asia since December 2014 and is currently the 32nd ranked team in the world according to the latest FIFA World Rankings (as of November 2017). It might not make good reading for a lot of you, but it’s important to note that Iran’s only win in the World Cup was a 2–1 victory against the United States in 1998.Iran’s chances in 2018 are very slim. They have no real star players, and have been drawn in a very tough group.

Perhaps the tastiest aspect of Iran’s World Cup campaign is that their manager, Carlos Queiroz, will be facing off against his country of birth, with whom he has a very fractured relationship. Queiroz was banned from coaching the national team for one month after he tried to block a doping test to the team while preparing for the 2010 World Cup, directing insulting words to the testers for good measure. Since being sacked, he’s also voted for Argentina’s Lionel Messi four years in a row over Portugal’s own Cristiano Ronaldo in FIFA’s player of the year award. Absolute traitor, right?

If it were a video game, Iran would be: 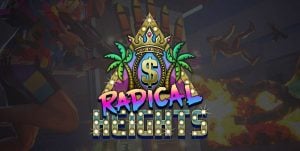 Like Carlos Queiroz, former Epic Games Design Director Cliff Bleszkinski decided to go up against his former employers at a game they were clearly much better at than him. Radical Heights was rushed out in a few months to try and take a piece of Epic Game’s Fornite: Battle Royale pie and, as Iran will almost certainly do in the World Cup, failed miserably. If Quieroz has the last laugh at the World Cup over Portugal, I’ll eat my hat.

They are likely going to struggle this time around, and would probably be happy with just securing third place ahead of Iran, but they boast a very solid defence (they’ve only conceded 11 goals in their last 23 games), Dutch footballer of the year Hakim Ziyech, and a manager, Hervé Renard, who has won the Africa Cup of Nations with both Zambia and Ivory Coast. Not only is Renard clearly adept at achieving success with African teams, he also has glorious hair and loves a skin-tight shirt when he’s on the touchline. Seriously, Google him.

If it were a video game, Morocco would be: 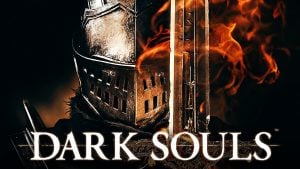 Morocco qualified for the world cup without conceding a single goal in their qualifying group. They certainly aren’t the hardest team in the world to beat, but they have a current reputation of being very difficult to break down. As with Dark Souls, initial frustration could prove the undoing of those who underestimate Morocco, but once teams can figure out how to get past that solid defence, there’s success to be had.

At Euro 2016, Portugal won its first ever major trophy, defeating hosts France 1–0 after extra time, but if you ask anyone in North Korea, they’d already won the World Cup in 2010. According to goal.com, the television broadcast of North Korea’s group match against Portugal was cut short by the government regime after Portugal’s fourth goal in the 60th minute.

Not only did nobody in the country get to see the three other goals Portugal scored in their 7-0 win, they were denied the access to watch the rest of the tournament and were subsequently fed the report that Portugal went on to win the whole thing. They may have been battered (but only 4-0), but they were battered by the eventual winners, so that’s apparently acceptable. Perhaps they were also told that Kim Jong Un scored the winner in the final – hey, stranger things have most definitely happened in that country’s history.

As for whether Portugal can win it for real in 2018, you probably don’t need a copy of Soccer for Dummies to figure out that their chances hinge largely on Cristiano Ronaldo’s shoulders. He might reckon he can keep playing until he’s 41, but the 33 year-old is probably playing at his last World Cup this year, so you can bet he’s desperate to return home to the airport named after him with the trophy in hand.

If it were a video game, Portugal would be: 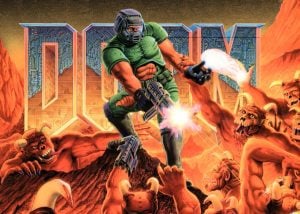 Like Doom, Portugal were a big deal in the mid-90’s. Boasting the likes of Luis Figo, the Portuguese dubbed their squad the Geração de Ouro, or Golden Generation. Then, as the new millennium moved on, they became largely disappointing and irrelevant. Come 2016, however, and while Doom was winning game of the year awards for its blistering reboot, Portugal were crowned champions of Europe by winning the Euro 2016. Both are now a force to be reckoned with once again.

Spain used to be football’s biggest underachievers (apart from, maybe, the Netherlands), as they went through countless generations of great players and never won a thing. Enter the new millennium, and Spain suddenly became the “best team in history,” becoming the first European team to win the World Cup outside Europe, won back-to-back European titles at Euro 2008 and Euro 2012, and went undefeated for a record-equalling 35 consecutive matches between November 2006 and June 2009.

While they may not be quite as big of a deal now, they have an impressive crop of young players making the step up into the first team, and still have plenty of experienced winners, including Andreas Iniesta – one of the greatest midfielders of his generation, and playing in his last World Cup before he likely retires from football with Vissel Kobe of Japan. The team will still play with that effortless class that helped them to their recent hattrick of trophies, with enough additional aggression from Diego Costa and Sergio “The Man Who Murdered Mo Salah” Ramos – the all-time leader for red cards received in Spanish La Liga history.

If it were a video game, Spain would be: 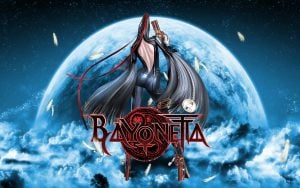 Smooth, elegant, and oozing style – Bayonetta is widely regarded as one of the best games of the last generation, with its sequel possibly even better – both titles sweeping Game of the Year awards with ease. Spain has seen success with a similar level of suave sophistication, their “Tiki-taka” style of short-passing and quick movement wowed fans worldwide in a manner that Bayonetta creator Hideki Kamiya would be proud of…or he’d block them on Twitter for it; either way, it’s a sign he cares.

Everything Sony Showed Off At E3 2018