Credit where credit’s due: in her second go at directing Game of Thrones, Michelle MacLaren once again gets an episode that’s relatively light on actual incident, but still manages to leave her mark through some indelible imagery and a healthy serving of gothic menace. Her talents are most obvious in the closing sequence of “Second Sons,” in which Samwell Tarly must defend his beloved Gilly and her defenseless child…whatever his name turns out to be against a White Walker. From the Birds-esque massing of crows in the treeline to the showdown itself – the resolution of which is slightly cumbersomely foreshadowed by the show’s “previously on” reel – it’s a stunning couple of minutes. (With that said: if the next Samwell scene doesn’t open with his sheepish return to the site of that skirmish to retrieve that knife, he’ll deserve whatever additional horrors lie in his future.)

Beyond this rare encounter with the supernatural, “Second Sons” sticks to the languid pace of last week’s outing, but is thankfully helped along by a few of the solid character and plot beats that were largely absent in “The Bear and the Maiden Fair.” Actually, they’re similar hours on a structural and thematic basis: both hone in on the couples (romantic and otherwise) of Westeros, both are heavy on talk, and both finish up with an action flourish. The principal difference between the two: Peter Dinklage.

Tyrion hasn’t been at the heart of the show as much as he was last season, much to the show’s detriment, but “Seven Sons” at least offers him his greatest showcase in a very long time. He and Sansa – ever the enthusiast – tie the knot this week, which provides some of the episode’s best moments, as well as a couple of groaners. Tyrion threatening to sever Joffrey’s little king is an obvious highlight – complete with the stunned silence and awe that naturally follows – but Sansa’s non-response to Joffrey removing poor Tyrion’s stepladder is a little infuriating. Yes, we get it: she’s young, she’s petrified, and she’s still getting adjusted to some degree. But would it have killed her to help the guy out before the chuckles could set in?

Luckily, that’s made up for – somewhat – by their scene in the chamber where they’re expected to get to the business of heir-making. Tyrion is acutely aware of Sansa’s extreme discomfort, even if, he allows, he cannot quite understand just how it feels. As nice as the scene is, I’m anxious to get to Sansa realizing, in an impactful way, that Tyrion is actually pretty awesome, and that, given her incredibly crappy position, this is pretty much the best (not to mention safest) possible outcome for her. It makes sense that it’s taking her a while to come around, but it can be a bit of a chore to watch.

Elsewhere, things feel…oddly familiar. The Gendry/Melisandre plot has continued as pretty much anyone might have guessed, with Melisandre draining his royal blood for nefarious ends. It’s a little frustrating that we don’t actually see the fruits of her labor this week, given how swiftly her last bit of dark magic acted, but the more foreboding aspect might be that Stannis names three “usurpers” – Joffrey, Robb, and…Theon’s dad? Even in the context of “anyone can die.” it’s tough to picture them killing off Robb or Joffrey next week, especially in such a seemingly Renly-like manner, so I’m inclined to wager it’s the character we’ve spent virtually no time with whatsoever that’s in danger. Prove me wrong, series! Lastly, the Daenerys plotline is entertaining enough, complete with some very Spartacus-esque tales of cock-based heroism, but it’s difficult to overlook that she doesn’t really do much to score her latest little victory. As with other instances this season, she hasn’t faced the kind of struggle and strife that similarly tasked characters have, and it’s a little glaring.

Thankfully, “Second Sons” is blessedly free of the agonies of Theon Greyjoy, not to mention the Jon/Yrgitte love-in, but the sinking feeling midway through “Second Sons” that the patented HBO season pattern of tasking the penultimate episode with the biggest developments, followed by an hour mostly serving as denouement, seems to once again be the rather rote approach taken with this season. There’s no way to tell until it’s over whether or not the tried-and-true pattern will have the required oomph (as it arguably did in both previous seasons), but a little variety next time around mightn’t harm the series. 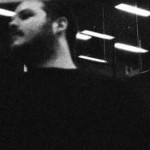