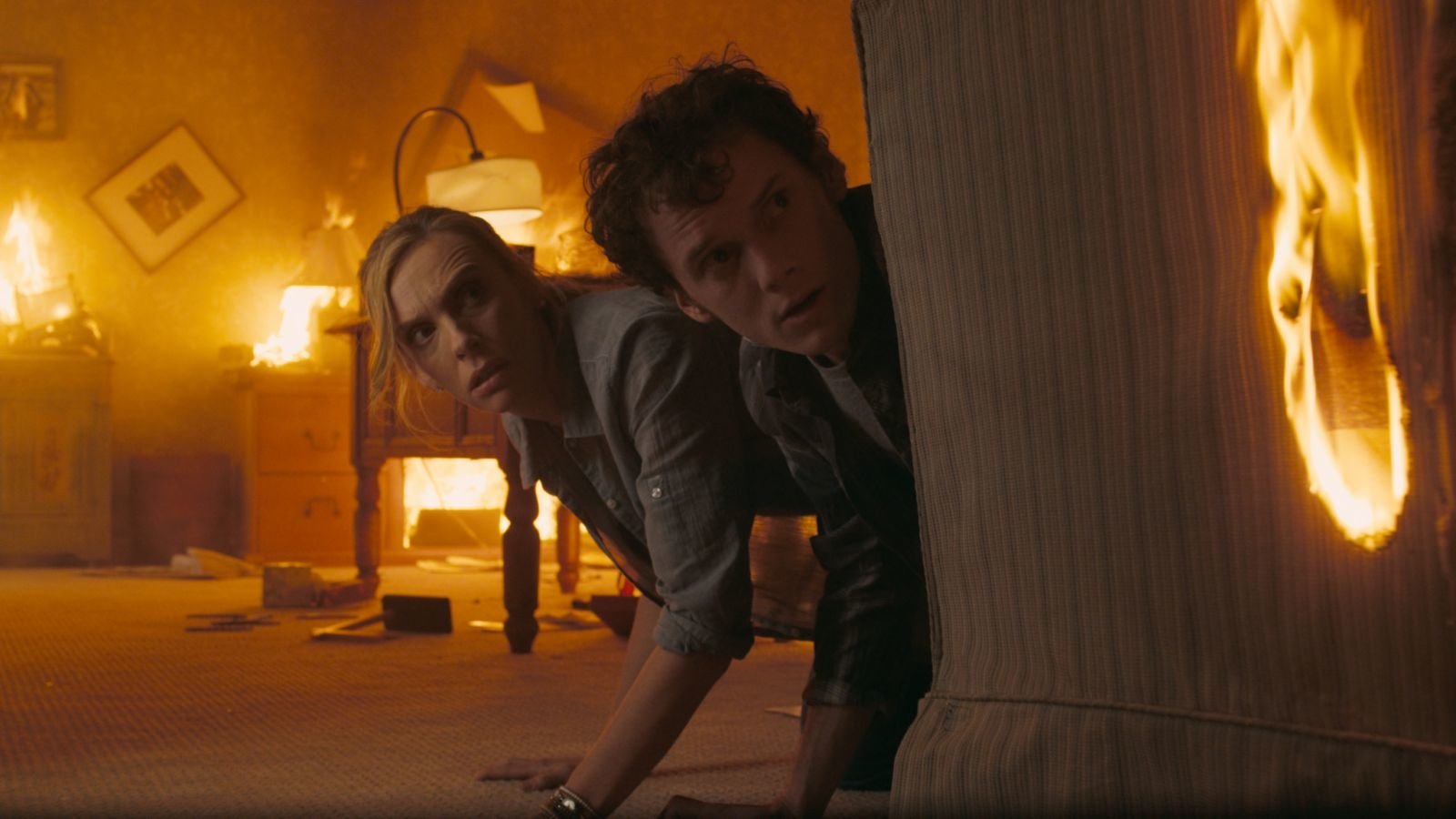 Craig Gillespie’s Fright Night (2011) had two fairly large hurdles to clear. First, was the remake necessary? Second, was it necessary to make the film in 3-D?

As to the 3-D, other than the usual inane 3-D horror staple that pointy things will be thrust at the audience, the film does have one and a half genuinely interesting ideas about how to use 3-D. The full-fledged idea is that when vampires explode in sunlight, their ashes go everywhere, including into the audience. The half-idea comes at the beginning of the film when lens flares of light protruding from the screen like spears, as though the film is reminding us, that against vampires, (sun)light is the ultimate weapon. Unfortunately, the film quickly forgets this idea, and we sadly don’t get a moment where a vampire is impaled on a 3-D lens flare.

There is a lot to like about this version of Fright Night, pointless 3-D aside. The script (by Buffy veteran Marti Noxon) is sharp and funny with an excellent and mostly inventive third reel. (The film’s solution on how to kill vampires with a shotgun is borrowed from Kathryn Bigelow’s neglected vampire masterpiece Near Dark.) The direction is competent, even if not up to the standards of Craig Gillespie’s much better earlier film Lars and the Real Girl. The make-up, special effects and stunt work are excellent.

The cast is superb. There is even an argument that it is superior to the original. Colin Farrell vs. Chris Sarandon as the vampire-next door Jerry is a push. David Tennant vs. Roddy McDowall as Peter Vincent (named after horror icons Peter Cushing and Vincent Price) is also a push, although Tennant appearing shirtless in leather pants gives Tennant a bit of an edge. The real advantage for the new version comes from Anton Yelchin, Christopher (“McLovin”) Mintz-Plasse and Toni Collette as Charlie Brewster, Evil Ed and Charlie’s Mom compared to William Ragsdale, Stephen Geoffreys and Dorothy Fielding in the original (who were all surprisingly good, but not as good as their modern replacements). And the new film features Sandra Vergara in a great performance as a totally new character, Peter Vincent’s long-suffering, beautiful assistant Ginger. (Credit should be given to Marti Noxon for giving some heft to what would normally be minor, thankless roles. Emily Montague is especially good as Charlie’s hottie next-door neighbour who has a haunting non-verbal moment of grace.)

The hook in both films is that Charlie becomes obsessed with his new next-door neighbour Jerry and becomes convinced that Jerry is a vampire. The big difference between the films is that the original opts for a slow build, making us wonder for a while if Charlie is off his rocker, driven insanely jealous by the appearance of a young adult who effortlessly succeeds where Charlie struggles. The new film dispenses with the mystery almost immediately, shifting almost immediately from “Is he a vampire?” to “What are you going to do about it?”

The inventive genius of the original film is that when an alienated Charlie gets no help from his parents and the police, he turns for help to the one adult that an alienated teen would trust to help him fight monsters: his local monster movie host. This is perfect teen logic, poised halfway between genius and insanity. Who but the local horror host would understand or care about teenagers? Who but a horror host would know how to deal with a vampire? In 1985, monster movie hosts were starting to get a little thin on the ground, but virtually every teen and young adult had fond memories of their local late-night Ghoul.

The best part of the original Fright Night was the way that it not just demonstrated teen alienation, but validated it. It was no surprise that our parents and the police were idiots, but even our carefully chosen anti-establishment heroes had feet of clay. Naturally, Peter Vincent is a cowardly alcoholic, which also made sense, since most of the local horror hosts looked like they brushed their teeth with rot-gut whiskey.

Since the new Peter Vincent would not work as a horror host, the new film’s solution is to make him into Criss Angel: Mind Freak, an illusionist who has built his entire act around simulated vampire slaying. While Martin Noxon and David Tennant wring every slight advantage that they can out of this idea, it does make this newer Fright Night oddly specific. It could only happen in Las Vegas, while the original could have taken place in any suburb that boasted a local TV station stocked with a library of bad horror films.

The tipping point for Fright Night (2011) comes in a moment when the film hints that this new film is not a remake, but a sequel; that David Tennant’s Peter Vincent is the grown-up alienated teen from the original film; endlessly faking on stage his one true moment of heroism; taking as his stage name the stage name of his hero and friend – the Roddy McDowall character from the earlier film. Sadly, the film veers from this idea to offer a more logical, but less satisfying, origin for the Peter Vincent character.

The Fright Night remake is a solid, competent horror film, but it is an unnecessary and failed attempt to replace the original classic.

Michael Bay’s The Rock: A Revealing Window Into Project 007

All the Friday the 13th Movies Ranked from Worst to Best