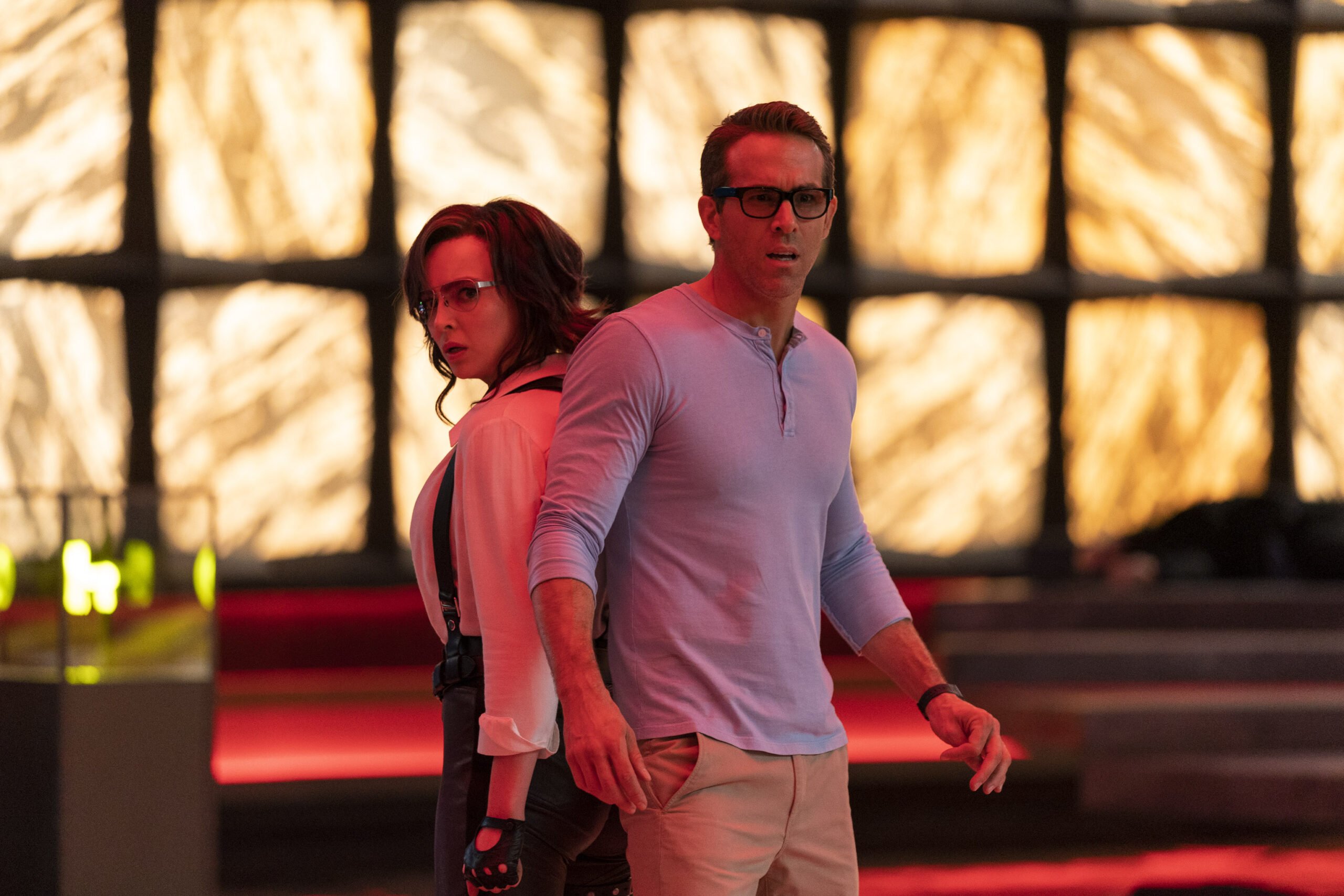 In the latest example of a corporation mining its IP for all its worth at the detriment of its product, Free Guy is a mildly entertaining frolic through video game culture. In fact, it’s occasionally really humorous, even with some jokes landing with a deafening thud and Ryan Reynolds’ schtick barely registering as human anymore (though that might unintentionally work in the film’s favor). However, underneath the jokes and the brisk attempt to have a conversation about creativity versus corporate greed, Free Guy can’t shake the fact that it’s a blockbuster film littered with the exact lack of originality that its protagonists criticize.

Free City is an absurdly popular multiplayer game that evokes games like Grand Theft Auto Online, and is also the game everyone is currently playing. Inhabiting Free City is a slew of non-playable characters (NPCs) who follow their artificial intelligence and scripting to create a lifelike feeling for those players who come to complete missions and escape the real world. One such NPC is Guy (Reynolds), who grows tired of his routine and attempts to form a relationship with Millie (Jodie Comer) – a player who is playing the game only to uncover evidence that will help her win a lawsuit against Free City’s developers and its boss, Antwan (Taika Waititi).

Comically evil, Antwan is the lead designer of Free City and represents the kind of AAA game company president who has no interest in creativity, instead wondering how to make the most money out of existing IP. Keys (played by Joe Keery) works for Antwan in Free City’s QA department, but before that, he was working on a unique indie game with Millie, before being bought out by Antwan and the game being cancelled. Now he just helps suss out bugs and glitches within Free City, ensuring an immersive experience for the player.

Now is as good a time as any to mention that Free Guy is released by 20th Century Studios, who are owned by Disney. Besides the obvious benefit of having Disney references within the film, the glaring hypocrisy of the movie is its takeaway that corporations are bad and you should fight to follow your creative impulses. Tales of game studios being bought out and engulfed by larger companies, putting individuals to work on something that only serves to put food on the table, and ultimately churning out “content” as opposed to experiences, there is a constantly nagging feeling that nothing being said in Free Guy is genuine.

It doesn’t help that Reynolds leads the film – an actor who somehow shows up in more advertisements and films doing the same self-aware schtick in every one of them that he himself is just a brand churning out content. Reynolds is a game engine and every now and then the developers give him a new skin to wear. Regardless, it’s easy to see why: his presence prints money and even in Free Guy he still manages to be entertaining, no matter how cloying some of the actual jokes may be.

Outside of its disingenuous plot, there are some compelling ideas briefly touched upon in Free Guy. The central idea – an NPC that recognizes the nature of its existence – is a multi-faceted conversation that the movie doesn’t seem afraid to explore but also seems uninterested in doing any substantial deep dive into what that means for Guy and the other NPCs living in Free City. Instead, the film revolves mostly around the relationship Guy forms with Millie, which is initially weird but does tap into the life that can be breathed into computer-generated characters.

All of the subplots end up inert by the end of Free Guy though, but the ride on the way to the finale isn’t devoid of enjoyment. The action is occasionally good, and to be fair, Waititi is having fun in a role designed to be over-the-top. Yet it all feels engineered to hit a bunch of expected beats of any action-comedy: there’s a running joke that allows nostalgic pop music (specifically, classic Mariah Carey) to be played over huge setpieces, a love story that goes in exactly the way you’d expect when two computer programmers are involved, a devious villain who can’t see past his own ambitions, and a lovable protagonist that will save the day (even if he could quite easily be written out of the film because he’s a line of code in a computer game).

Unfortunately, Free Guy is just another Ready Player One or The LEGO Movie – someone seemingly inconsequential finds a purpose in life and has to band everyone together to save the world. Using pop culture references in a much less egregious way than Ready Player One, it still ruins almost all impact it had once the climax of the film just dives headfirst into every piece of IP it can think of. There is nothing cool, funny, or interesting in the finale of the film, instead just playing to those already in their hands. It’s exactly the same as how Ready Player One just said “The 1980s were cool, and here’s a list of every piece of entertainment from it so you can remember how cool it is and maybe revisit it?”.

For the first hour, Free Guy feels like The Truman Show if Jim Carrey’s character was in a video game. There’s an artificiality to everything, but it’s not in-your-face. There are obvious red flags that this is not real life, but from the perspective of Guy, it’s all real until he wears a special pair of glasses that shows he’s in a video game (yes, They Live comparisons are warranted). He’ll go to his job at the bank, talk to his friend Buddy (Lil Rel Howery), and then wake up the next day to do it all again. The routine is what helps mask the artificial nature of his setting. It isn’t until Guy starts pulling at the seams with his newfangled glasses that it all comes loose into a chaos of intellectual property.

Space Jam: A New Legacy was a film that tried to remind audiences that all of this Warner Bros. IP exists. It did so bluntly and relentlessly. There’s something more malicious at work with Free Guy though and it hasn’t left my head since seeing the film. It sets the groundwork for a potentially interesting conversation about the inner workings of game development and a billion-dollar industry that will literally eat itself alive to generate revenue. But then the film turns into exactly what it presents as the film strays from its initial setup and just becomes another generic blockbuster forcing itself to create content that has to be both entertaining and referential. Even with its positive vibes and compelling premise, Free Guy still feels trapped in the gears of a corporate machine.