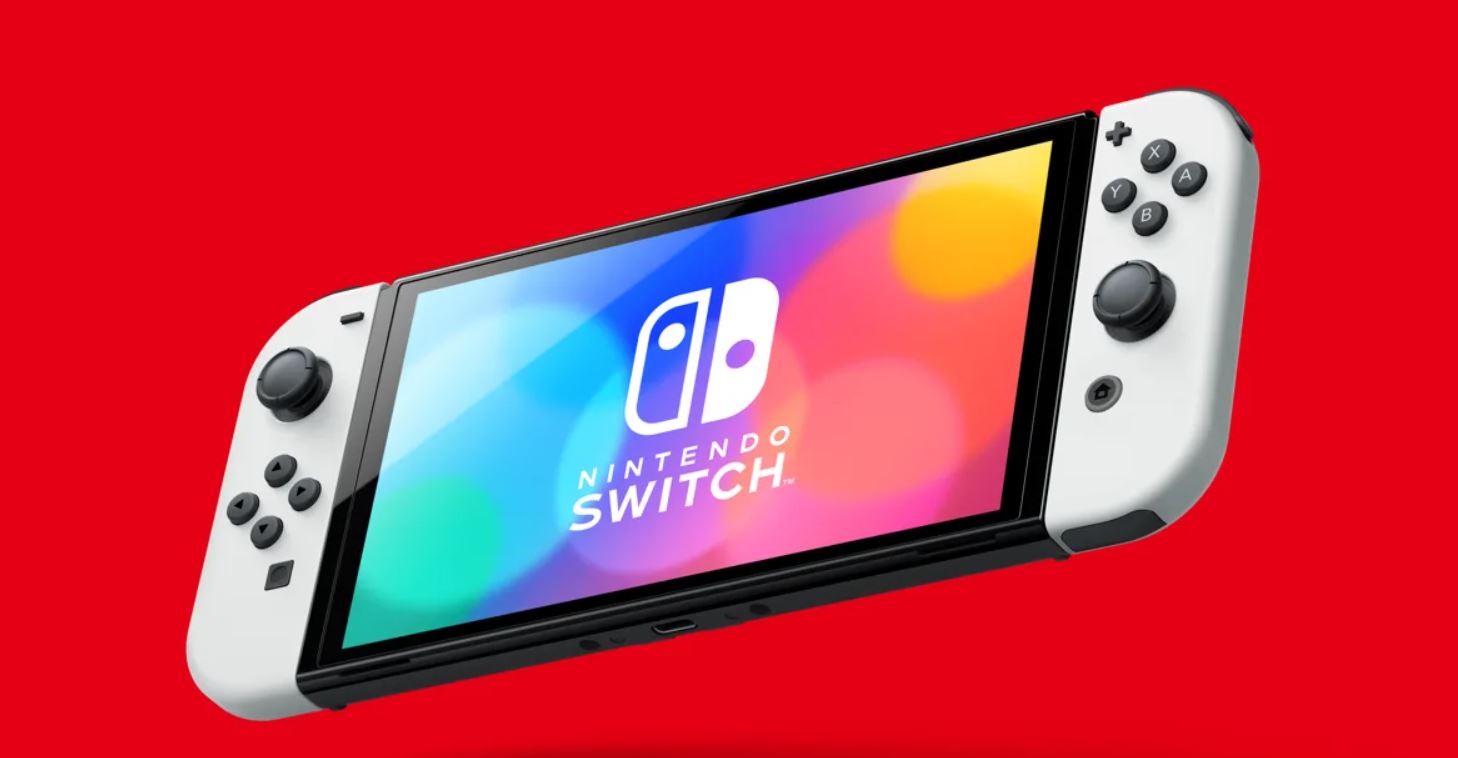 Say Hello to the OLED Model

The Nintendo Switch family of systems now has a new model. It’s called the OLED model and it will launch on Oct. 8 at a suggested retail price of $449.99 CAD, giving people another option for how they want to play the vast library of games on Nintendo Switch.

Nintendo Switch (OLED model) launches on Oct. 8, the same day as the Metroid Dread game, the next entry in the 2D Metroid saga that kicked off with the original Metroid on NES. With the vibrant OLED screen and enhanced audio, embarking on the latest adventure of intergalactic bounty hunter Samus Aran in Metroid Dread while playing in handheld or tabletop mode will feel even more immersive.

TV mode: Set the Nintendo Switch (OLED model) system into the dock to play Nintendo Switch games on the TV. By using the built-in wired LAN port, players can enjoy another way to connect online in TV mode.

Tabletop mode: Flip the stand on the back of the system and use the system’s screen to play multiplayer games using two Joy-Con controllers right out of the box. A wide adjustable stand makes for a solid and sturdy foundation. It allows players to freely tilt the system and adjust the viewing angle, so it makes it easier to see the screen.

Handheld mode: Players can bring the system wherever they go in handheld mode and play local* or online** multiplayer with friends. The system’s 7-inch OLED screen provides vivid colour and crisp contrast.

When the system launches, it will come in two colour options:

For anyone that picks up this new system and wants to transfer their digital games and save data from another Nintendo Switch system, details about the transfer process can be found at https://support.nintendo.com/.

Nintendo Switch system (OLED model) is compatible with the full library of Nintendo Switch games. However, the system will not cleanly fit within all the design parameters of the Nintendo Labo series.  There may also be games where the game experience may differ due to the new capabilities of the console, such as the larger screen size.

Tributes for Dogmeat Pour in from Fallout Fans Following the Death of Real Life Inspiration, River the German Shepard