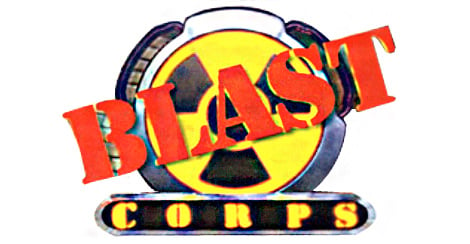 In a recent review of Rare’s 1997 surprise hit Blast Corps, our very own Mike Worby wrote, “While there’s a long and varied laundry list of games that have challenged you to save the world, and more than a few that have challenged you to destroy it, Blast Corps must be the first game to task you with saving the world by destroying it”. Blast Corps was Rare’s first game released for the Nintendo 64, and it was a critical success, becoming the second highest rated Nintendo 64 game of 1997. It sold one million copies, received several editor’s choice awards, and is still highly praised for its originality, addictive gameplay, and graphics. It was unlike anything that came before it — and there’s never been anything like it since. And although many have requested a sequel, Blast Corps remains a one-hit wonder. In keeping up with our month-long spotlight on Rare, I thought it would be fun to share the following video revealing some of the concepts that didn’t make it into the game. Watch the video below and be sure to check out episode 38 of the NXpress podcast for more discussion on Blast Corps.
–