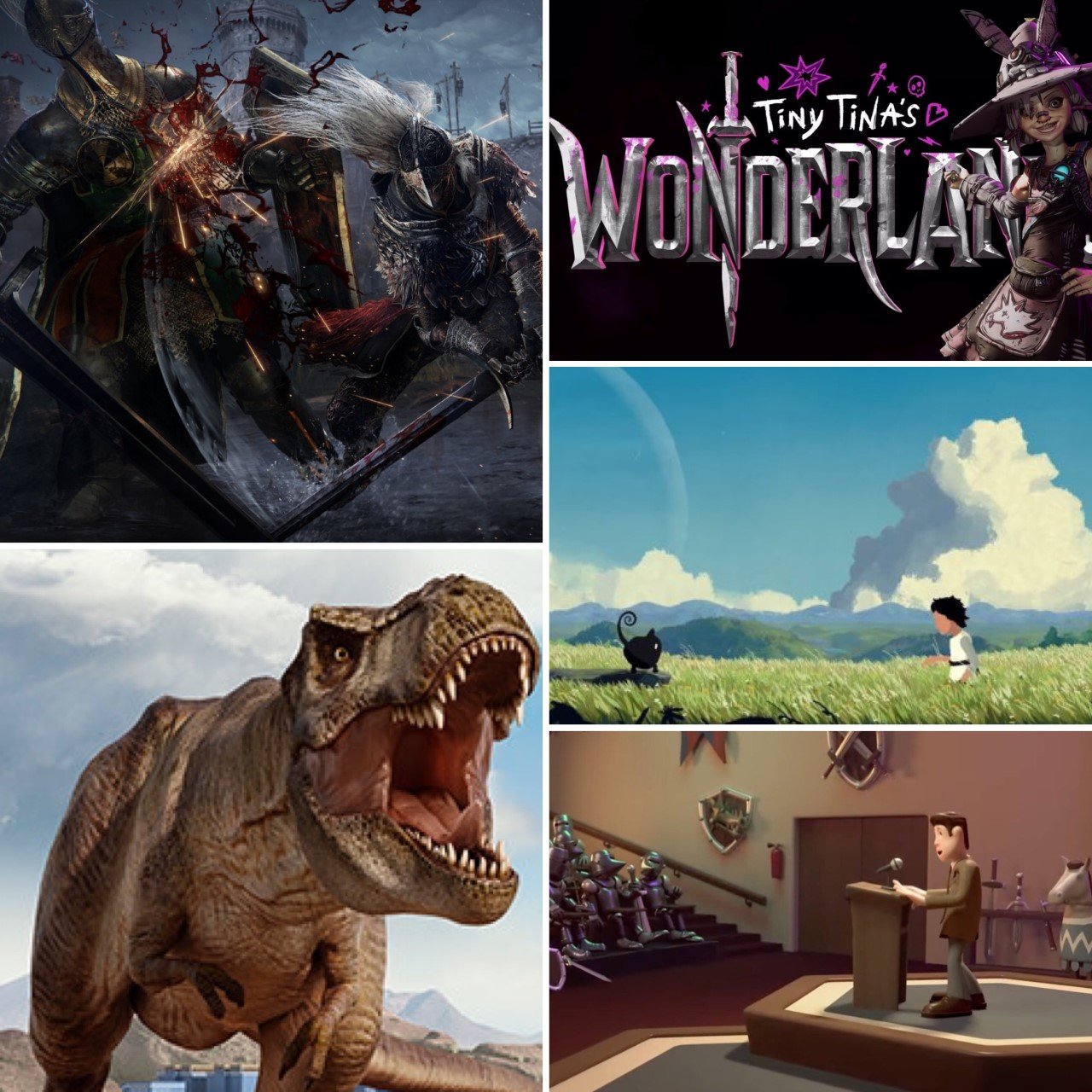 The Summer Games Fest is underway for its second year and we got a fair amount of interesting reveals and content from the hour and a half event, including new games, updates, musical performances and even two new announcements of new game development companies Prime Matter and Deviation Games, the latter of who have already established a partnership with Sony and PlayStation. There were a few reveals that stood out so let’s take a look at the five best reveals from the kick-off event of the Summer Games Fest.

The event opened up with a trailer for a new game from Gearbox and 2K games; a Borderlands spin off called Tiny Tina’s Wonderlands. Inspired by the Borderlands 2 DLC- Tiny Tina’s Assault on Dragon Keep– the game will be a standalone title in its own right that combines the looter shooter genre with a Dungeon and Dragons style fantasy RPG, allowing for character customisation and abilities such as spellcasting. Tina herself acts as the “Bunkmaster” in the game, guiding the narrative of the game and the characters in their quest to defeat the Dragon Lord. There is also an all-star cast involved in the game. Alongside veteran voice actress Ashly Burch- who plays Tina- Andy Samberg, Will Arnett and Wanda Sykes are also going to be voicing characters in the game. It kind of feels like the cast of a comedy sitcom, which is fine but I just hope that the game doesn’t veer so much into comedy territory that the actual gameplay itself isn’t engaging. Tiny Tina’s Wonderlands will be arriving early next year in 2022 for current and next gen consoles and the PC.

Jeff Goldblum was on hand to announce the sequel to Jurassic World Evolution– a building/management and construction sim released in 2018- which will be coming this year. What interested me about this sequel is that it seems to be taking a new direction in terms of the narrative, connecting itself closer to the upcoming movie Jurassic World: Dominion, which will likely see humans and dinosaurs living among one another as teased by the ending of Jurassic World: Fallen Kingdom. In the trailer for Jurassic World Evolution 2, stampedes of dinosaurs can be seen in the open and pterodactyls fly freely whilst Goldblum himself narrates that this “is a very different world”. How this will fit into the building sim genre is yet to be seen but it still feels like an interesting way to bring some change to the game series itself as well as the building sim genre. Jurassic World Evolution 2 will be out later in the year for PC and next gen and current gen PlayStation and Xbox but we will likely have to wait a little longer to get any gameplay.

Two Point Campus is an upcoming follow up and another building/simulation game from Two Point Studios. The game is a follow up to the successful Two Point Hospital, released at the beginning of last year. If you were a fan of the old Theme games of the 1990’s like Theme Hospital and Theme Park World (I spent many an hour of my childhood on them), then you are probably aware that Two Point Hospital was intended to be a spiritual successor to 1997’s Theme Hospital with some of the games original developers and creators working on it. This time around, Two Point Studios are delving into the education sector with Two Point Campus, which will be a university building simulator. This is an interesting concept as I don’t think I have heard of a building sim focused only on building a university campus (I might be wrong but nothing springs to mind). With the success of Two Point Hospital– it has received four DLC’s since its release and was positively received- I’m not surprised that the developers are able to branch out and develop an all new business sim. Two Point Campus is set to be released in 2022 for the PC and consoles, though which consoles has yet to be specified.

There were some amazing looking indie games on display at the Summer Games Fest opening but the one that caught my eye the most was Planet of Lana. Swedish indie developers Wishfully- their holding company Thunderful- have only been on the game scene since 2018 and side scrolling, puzzle adventure game Planet of Lana will be their debut title. The game has an absolutely gorgeous art design based on the style of watercolour paintings, emphasised by the tagline “a hand painted adventure”. The game will focus on a girl and her fluffy black cat companion (is it a cat? It looks like one but who knows. I will still die for them) as they “embark on a rescue mission through a colourful world full of cold machines and unfamiliar creatures” as the official website states. The game is also described as “cinematic” and an “epic sci-fi saga” and there are definitely suggestions of that in the trailer, which opens with mysterious objects falling from the sky and crashing into the beautifully painted planet landscape. It would seem that Planet of Lana is certainly going to be one to watch. Planet of Lana will be coming to the PC and the Xbox in 2022.

It’s here. It is finally here people. This is not a drill. The show closed with the long awaited and much anticipated trailer for Elden Ring, an upcoming action, high fantasy RPG from FromSoftware, director Hidetaka Miyazaki and Game of Thrones author George R.R. Martin. The game was announced at E3 two years ago but everything went quiet for a long time after that. A full length gameplay trailer rounded off the Summer Games Fest kick-off event and it looks as epic as we all imagined. The high fantasy elements are rife in the trailer- with all sorts of mystical beasts making an appearance- but there are clear similarities to some of FromSoftware’s biggest video game franchises such as Dark Souls and Bloodborne. You can definitely tell that there are going to be some fierce boss battles in Elden Ring in the same vein as those found in Dark Souls that made many a gamer rage quit and/or sob themselves into a stupor. All in all, it looks like it’s going to a challenging experience, but likely one that is sure to be worth the wait. There isn’t actually that long of a wait before Elden Ring is released, with a current release date of January 21st, 2022 for last gen and current gen consoles as well as the PC.

There was plenty of other info revealed at the kick-off event- including updates on Overwatch 2, the Evil Dead game, vampire game  Bloodhunt, Among Us, Metal Slug Tactics, the director’s cut of Death Stranding and more so make sure to check out the show for yourself at the link here.