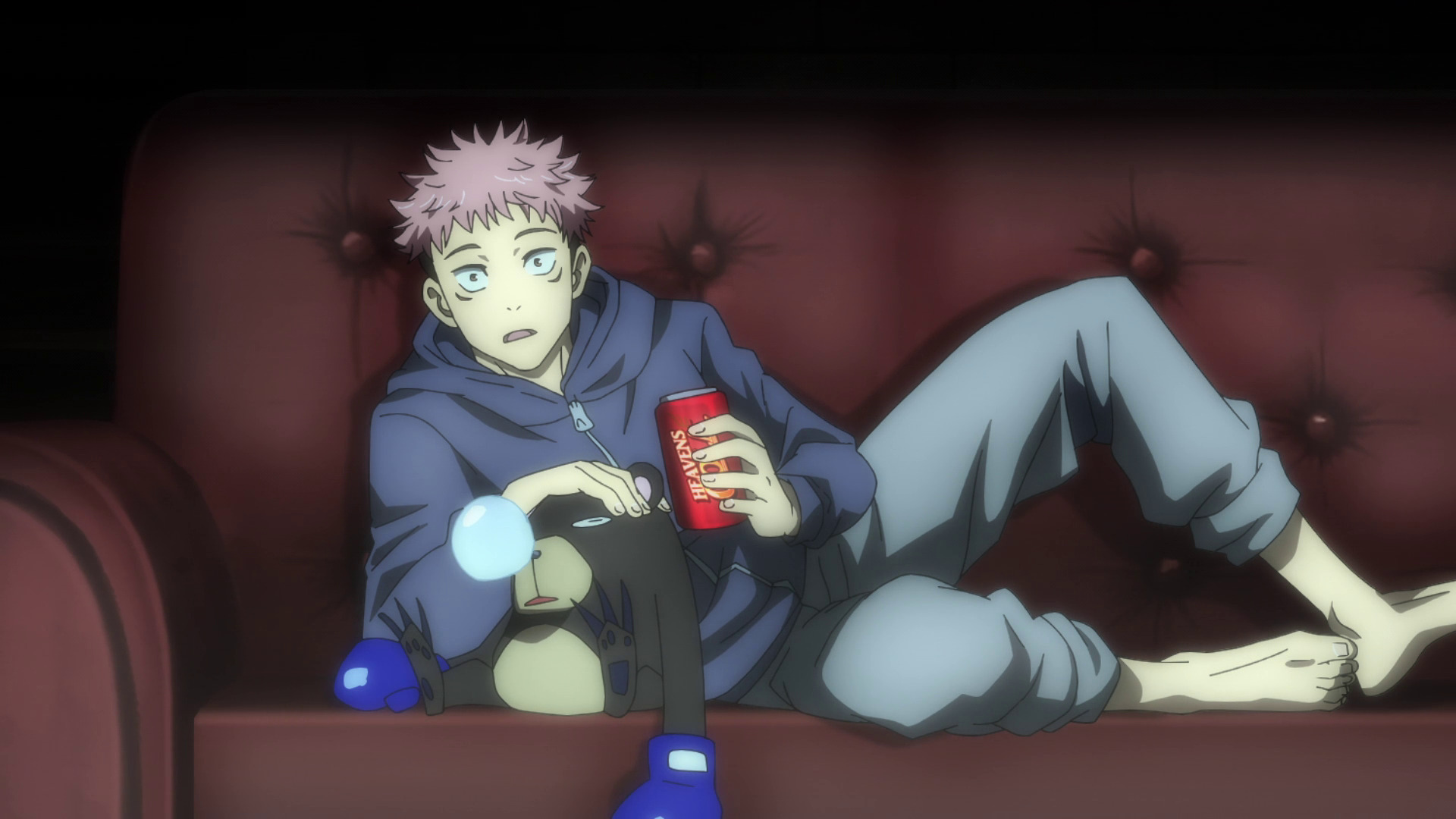 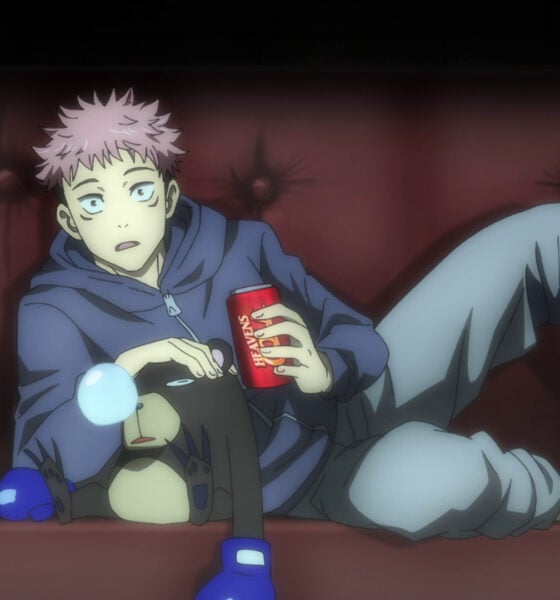 We’ve put together a list of single cour anime that will give you a full and complete story in a tight package.

Being an avid anime fan means accepting the fact that more often than not, you’re not going to get to see the definitive end of a story. Sure you might get the end of a season, but more often than not it’s simply a natural stopping point in the tale and not actually “The End.” Often times the story continues in its original source material be it manga, light novel, or video game, forcing you to seek those pieces out if you want the complete picture. Anime that tell a complete story in and of themselves are a rare breed, and those that do so within the confines of a single season, or “cour,” are rarer still.

“Cour” is a term adopted by the anime community to refer to a series runtime of 11-14 episodes, often coinciding with a season but not always. It’s derived from the French word cours which means “lesson.” We’ve put together a list of anime that definitively begin and end within a single cour. If you’re tired of picking up shows then hunting down the rest of the story afterward or just not in the mood to embark on a 25-1000 episode behemoth, then this will help you find what you’re looking for. Some may have minor supplements like an extra OVA episode or a radio drama, but the key is that these are series that provide the complete experience by themselves in the short span of 11-14 episodes. No fuss, no muss. All killer, no filler.

Kicking off with the show that inspired this list, ODDTAXI is as gripping as it is deceptively dark. The world may be filled with cutesy, anthropomorphic animals but the story is anything but cutesy. It immediately grounds you in a mystery that, unlike our walrus cab driver, never lets off the gas for a moment and relentlessly barrels forward. Unhealthy co-dependence, desperation, and the invisible pressures of society are just a handful of themes this hectic joyride will take you through as it barrels through to one of the most satisfying conclusions anime has seen in recent times. Just take a seat, buckle up, and enjoy the ride.

A Place Further Than The Universe

Who knew a few high school girls going to Antarctica could be so downright inspirational. This is not simply a moeblob show with snow; A Place Further Than the Universe — which topped our site’s “Best Anime of the Decade” list — captures that innate frustration and fear of stagnation we all feel at some point in our lives. It shows how oftentimes we build up walls of excuses for why things have come to a standstill and, more importantly, how easy it can be to tear down those same walls.

Kimari and co’s journey to the titular place further than the universe shows that it’s never too late to try and break free and a reminder of the wealth of experiences the world has to offer if you seek them out. Their journey definitely isn’t an easy one, and they stumble and fall along the way but that’s alright. After all, there are few things more exhilarating than proving someone wrong who thought you couldn’t accomplish something, especially if that someone is yourself.

Haibane Renmei is the embodiment of melancholic beauty. Its unique vision of the afterlife and mortal life mingling together is something that hasn’t quite been replicated in the same way since. The angel-like Haibane live quiet lives but the question of the purpose of their existence constantly nags at the back of their minds. Why are they suddenly born into the world with no memories? Why do they continue to live amongst humans? Just what is “The Day of Flight” that whisks their kind away without a trace? Despite these heavy questions, Haibane Renmei always makes sure to emphasize the now and what is within your sphere of control. It’s a starkly sad show that manages to keep hope running throughout that makes for a bizarrely calming and meditative experience. If life seems to be going too fast, Haibane Renmei might be the brakes you’re looking for.

This time travel, murder mystery will have you glued to your screen for its entire 12-episode runtime. ERASED is a classic crime thriller through and through that makes pit stops at tough societal issues along the way such as child abuse. The central question of how the murder of an elementary school classmate 18 years in our protagonist’s past relates to the murder of his mother in the present is a potent one, and the time-traveling concepts introduced are simple enough to where they only add to the growing layers of mystery.

Like any good mystery narrative, clues are meticulously laid out along the way and if you’re sharp enough you may even be able to figure out the culprit before the reveal. ERASED’s true strength, however, lies in the fact that it never loses sight of the humanity of its characters. Kayo is a delicately multi-faceted character that’s just as moving as she is tragic. You want to see the case solved not only for your own entertainment’s sake but for her sake as well. At that point you have no choice but to keep watching till the end.

Skateboarding is the one board sport that I just never got into but man did SK8 make me want to try again! SK8 may not be the most accurate representation of the action sport, but that doesn’t stop it from being pure, unadulterated fun. A bunch of hot guys duking it out in shonen skateboard races? What’s not to like? And it wouldn’t be nearly as victorious without Bones dishing out frame after frame of stunning animation that demands your eyeballs be locked in place. Your mileage may vary on some of the dramatic developments in the final stretch but either way, SK8 is a jam session you want to be part of.

If you’re looking for a greasy, adrenaline-pumping 12 episodes that leave you feeling ready to fight a bear with your bare hands then look no further! Akudama Drive is a white knuckle spectacle with the distinctive art style of Kazutaka Kodaka of “Danganronpa” fame. The dazzling cyberpunk world can only be described as a drug-induced dream with a flamboyant and over-the-top cast to match. As the criminal Akudama evade pursuit of law enforcement tough questions are raised such as what it means to enact justice or keep the peace, even tackling the extremely sensitive subject of police brutality. Akudama Drive approaches these subjects with care but that doesn’t stop it from pulling out all the stops in the animation department for butt-clenching set-piece moments and mesmerizing fight choreography. The story twists and turns as much as the neon-lit streets it races through, culminating in a truly impactful ending with a message to say and leaving you gasping for air.

So Ra No Wo To made it onto our list of “Best Episode One Twists in Anime,” and it just so happens to be a fabulous single cour show as well. This is CGDCT show with a surprisingly solid throughline of a plot that keeps you curious about the nature of the world and the war that these women soldiers are basically spectators to. Along the way there are plenty of moments of levity and feel-good moments, but dotting the path are scenes that might catch you off guard that touch on heavy topics like PTSD and depression. Ultimately, though, So Ra No Wo To is an optimistic story that leaves you with that fluffy feeling that everything in your life just might work out. It won’t change the minds of anyone already firmly against moeblobs/CGDCT, but those willing to give the show a shot will most likely find they get more than they bargained for.

Of all the shows on this list, this is easily the most polarizing one. You either love it or hate it but regardless of where you fall on that spectrum, Angel Beats still stands as one of the more unique plots seen in an anime. Young teens whose lives were tragically cut short for one reason or another have found themselves in a purgatory-like realm that lets them live the happy school life they never had before passing on. Instead of playing by the rules, though, these adolescents rebel against whatever being that let their lives in the first place by being the biggest nuisances imaginable.

If you’ve played or watched any story by Key or written by Jun Maeda, you’ll be very familiar with Angel Beats’ style of rubber banding between laugh-out-loud slapstick comedy and heart-wrenchingly heavy moments. Each individual student has their own reason for why they ended up dying and while you don’t get to hear about all of them, the ones you do learn about hit hard because they come from — for the most part — well-developed characters that you’ve already grown close to in a short period of time. The result is the potential to leave you in a sobbing mess multiple times throughout the series.

There are a slew of very valid critiques for Angel Beats — a fairly rushed ending and not giving every character attention chief among them — but its short length and unique setting make it worth giving a shot if you’re interested, especially if you enjoy a good cry.

Anime Ichiban 50: And Then There Was Space