Fantastic Fest: ‘Ladyworld’ Shows There is Nothing Ladylike about Widespread Panic

There’s nothing quite like a disaster and the looming presence of the end of the world to reveal who you really are. Are you the leader? Are you the rebel? Maybe you’re the follower? And what if you are the coward? It becomes even more apparent when you are locked in a room with other people with no resources and no way out. Enter Ladyworld, a slow-burning post-apocalyptic thriller that will have you wanting to claw your way out of the claustrophobic chaos. Director Amanda Kramer provides a gynocentric Lord of the Flies scenario after eight teenaged girls are trapped in a house alone in the middle of nowhere following a massive earthquake. It is a daring look into the power of paranoia and fear as well as the deep-seeded brutality within all of us. 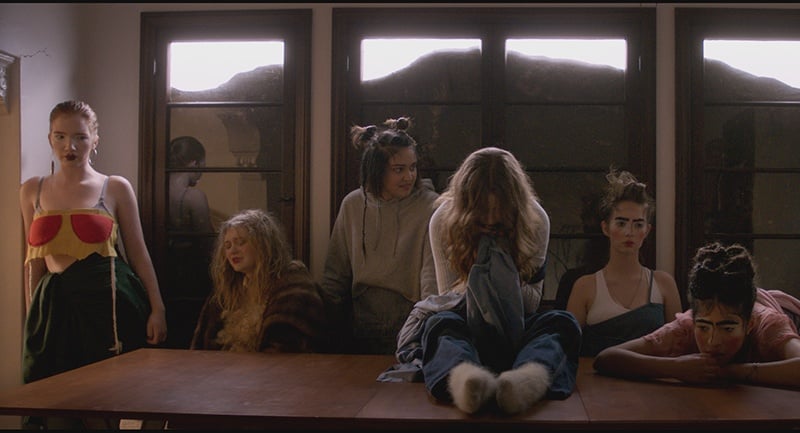 Eight girls of various personalities, races, and life experiences come together for a birthday party. After the natural disaster knocks out the power and traps them inside with no way to contact the outside world, some girls immediately panic. The two that reveal themselves to be leaders are the well-meaning Olivia (Ariela Barer) and the predatory Piper (Annalise Basso). Much like Ralph and Jack in Lord of the Flies or Jack and Sawyer in TV’s Lost, there always seems to be one leader who wants to save everyone and one who just craves power. After a few days futilely attempting to preserve battery power in their phones while living off birthday cake, the bleak reality of their situation begins to wear down the girls. It doesn’t help that there is allegedly a strange man lurking in the house planning to commit nefarious deeds against the vulnerable young women. Piper uses the fear surrounding this man to her advantage to personally victimize the childlike Dolly (Ryan Simpkins) and persuade some of the girls to be on her side in the fight for leadership. Inevitably, the house becomes divided into two groups. Some of the girls slowly give in to the anarchic nihilism and cake themselves with clownish make-up, reeking of sweat and desperation, while others try in vain to cling to hope that they will be rescued. Before long, the house becomes a nightmarish carousel of singsongy insanity.

Ladyworld is an unforgettable thriller

Where Ladyworld truly strives is the brilliant sound design and score consisting of eerie female vocals and ambient drones that provide jarring, bombastic discomfort in contrast to the moments of deathly silence. The music and tight cinematography provide a claustrophobic setting along with the slowly animalistic performances of the cast. As the film reached its climax, I found myself letting out a sigh of relief larger than any I had ever exhaled during a film. 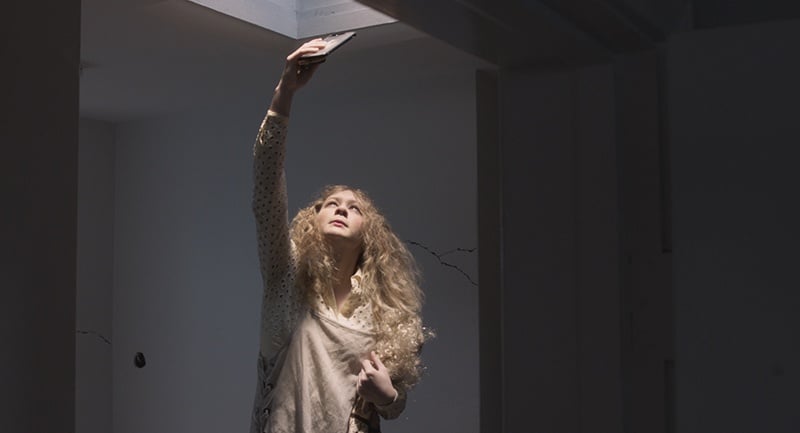 Amanda Kramer succeeds in taking a low budget and limited set and providing an uncomfortable atmosphere yet thrilling ride. It is very reflective of the country’s current state of paranoia and fear and how those emotions can get the best of a person and force them to regress to baser instincts. It also takes the ‘mean girls’ concept to dark Darwinian level as some the girls start to prey on the weaker ones. Ladyworld is an unforgettable thriller that will assault your senses and find yourself waiting desperately to exhale. 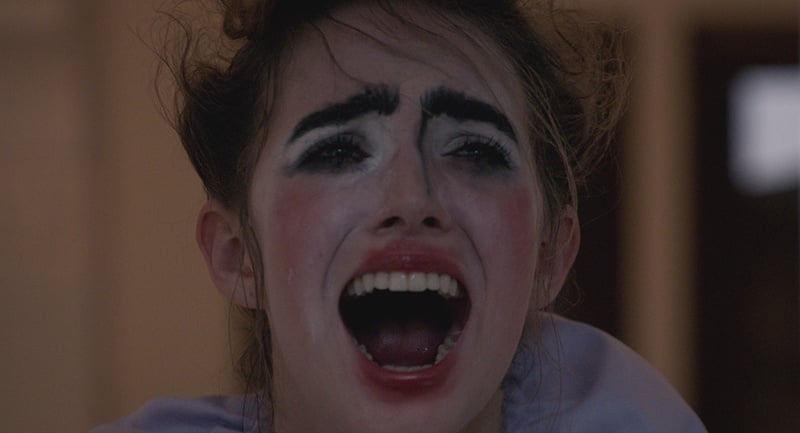 Stripped Down: ‘You Don’t Nomi’ Discussing the Polarizing...

‘Ride Your Wave’ Ebbs and Flows Between a...

‘Homewrecker’ Wobbles Under a Shaky Foundation

‘Parasite’ is a Buzzworthy Thriller

‘The Death of Dick Long’ Is a Semi-Fascinating...