Fantasia 2018: ‘The Vanished’ Thinks its More Clever Than it Really is

What begins as a mystery involving a missing body and a tormented detective devolves into a boring procedural that by its conclusion thinks it’s the smartest movie in the room, but instead showcases one of the worst twists ever committed to film. The Vanished is the directorial debut of Lee Chang-hee, and is a very obvious attempt to add to the already-expansive thriller market in South Korea. Well known for their procedural, tightly wound mysteries, Lee fumbles at almost every turn here with a reliance on flashbacks, a lack of clarity, and no one to root for. He has studied all the great mystery thrillers, but has no idea how to execute on anything that made those films great.

Centered around a professor whose wife’s body disappears from a morgue, The Vanished takes no time to show its protagonist as a bad guy. It takes no time to show that the detective heading the case is also a bad guy. It’s baffling how obvious it becomes that the movie isn’t interested in providing answers in lieu of creating a mystery. As Park Jin-han (Kim Kang-woo) is investigated for the disappearance of the corpse, Detective Woo Jung-sik (Kim Sang-kyung) wrestles the authority above him while attempting to solve the case with a heavy suspicion that Park is actually responsible. What follows is a very by-the-numbers mystery that waits until its conclusion to provide any answers. 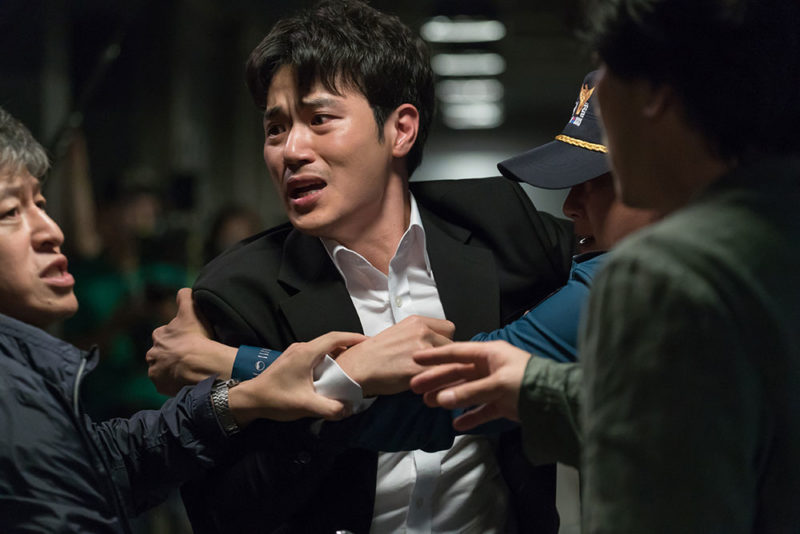 With two unlikable characters at the helm (though both actors are great and do make them less insufferable), Lee Chang-hee has the unenviable task of trying to weave intrigue throughout. Unfortunately, the use of flashbacks only when a plot point appears is one of the least interesting ways to handle that. The other downside is that the flashbacks themselves aren’t compelling. They give a little bit more exposition on characters’ motivations, but those motivations are flimsy at best. On top of that, the crux of the film is its ending — something which gets more and more preposterous as it’s explained. The twist clearly goes for the “it was under your nose the whole time” schtick, but it winds up making almost no sense, and utilizes melodrama to try and explain away its problems.

The Vanished looks nice at times, and it opens fairly strong. A whodunit set in a morgue is interesting, but it doesn’t work when all the mystery remains mysterious for no reason. The story itself is remade from a Spanish film called The Body, which was written by Oriol Paulo and Lara Sendim, and it is quite clear why the story would deserve a South Korean remake. This type of film is their kind of movie, so it makes sense to transplant the subject and focus a bit on the systemic problems with authoritative agencies. Unfortunately, The Vanished ends up a huge misfire by being less-than-special amidst a sea of incredible Korean thrillers.

‘Pledge’ Digs Into the Horrors of Frats