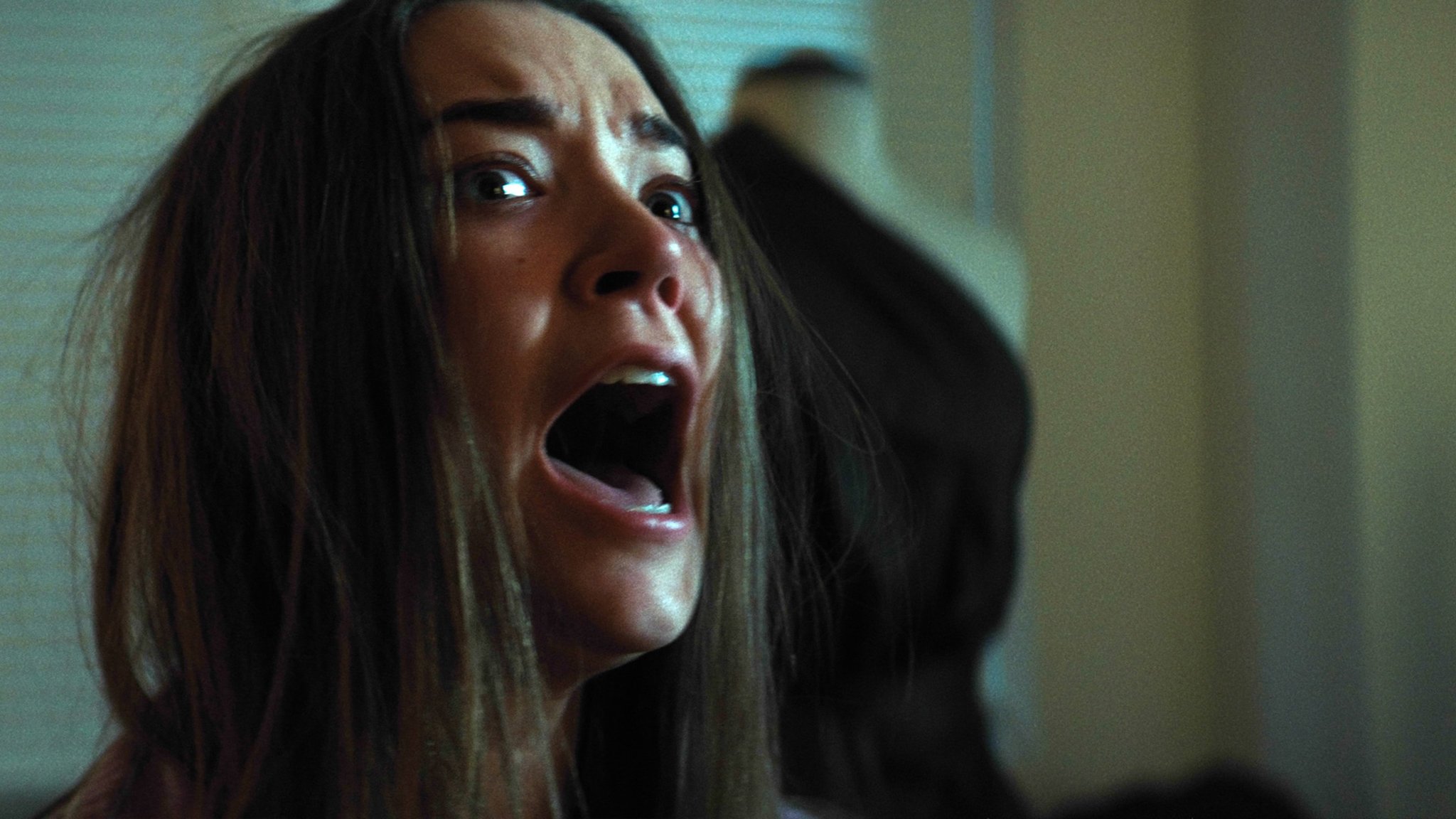 Despite their name, most horror movies evoke — or at least try to evoke — two distinct reactions: horror and terror. Terror is more visceral, more immediate, causing us to flinch and cry out when a monster or knife-wielding maniac bursts out of the darkness. Horror, on the other hand, runs a bit deeper. True horror is that feeling in the pit of your stomach when you see something deeply wrong, a subversion of the ordered way of things or pulling back of the curtain to reveal something monstrous and evil that previously appeared normal. Terror makes us recoil and averts our eyes, but when confronted with horror, it becomes almost impossible to look away. 1BR, from first-time director David Marmor, deals very explicitly in the horror side of the equation. Deeply disturbing and affecting, the film is more than likely to leave the viewer with a deep, lingering sense of dread and oppression, and a newfound mistrust of friendly strangers.

Nicole Brydon Bloom stars as Sarah, a young woman who has come to LA like so many others in search of a fresh start. She moves into an apartment complex with a seemingly friendly and outgoing roster of tenants who try and make her feel welcome. But strange noises abound in the night, and just as Sarah begins to suspect that her new home is not as idyllic as she had thought, she is plunged into a harrowing ordeal. Her neighbors reveal themselves to be a kind of cult, living an enforced communal lifestyle pioneered by a 70s self-help guru. Sarah is imprisoned in her apartment and tortured, with the end goal being indoctrination into their way of life.

1BR is a challenging film to get through, especially in the early scenes of Sarah’s capture and torment. While it isn’t as gruesome as something like Hostel or Wolf Creek, the film still devotes an amount of time to presenting our protagonist being subjected to bone-chilling cruelty. There’s a sense of utter helplessness and despair to these sequences that will leave many viewers running for the door, and that reaction is quite understandable. Watching someone be betrayed, dehumanized, and broken down both physically and psychologically is an incredibly difficult thing to watch. But it’s what comes after the more extreme sequences that the true horror begins, as Sarah learns more about her captors’ ways and secrets.

1BR is the kind of film that’s likely to leave you emotionally and physically drained.

Much of the tension in this section of the film comes from not knowing just how powerful the cult’s hold is on her. We see her early resolve to escape her horrible fate, but as time goes on it becomes harder and harder to tell where Sarah’s true loyalties lay. Much of this is thanks to the stunning performance by Nicole Brydon Bloom, who runs the gamut from utter despair and vulnerability to steely resolve, with a million shades in between. Opposite her, Taylor Nichols and Giles Matthey (among others) play the various members of the cult with sinister charm, going from friendly and welcoming to unfeeling monsters with alarming ease. In a really horrible, disturbing way, they remain charismatic even in their deepest moments of evil, and it becomes very believable that this group has brainwashed as many poor souls as it has.

For the most part, we all want a place to belong — a community that loves us and accepts us and pushes us to be the best versions of ourselves. 1BR takes this need and poses the question of what we’d be willing to endure to obtain that. Would we be willing to undergo the brutal events that befall poor Sarah? To potentially surrender a significant portion of our agency in order to find such a group? It seems like an easy question, but Marmour and his cast throw doubt into the mix — seemingly for Sarah, and in all likelihood, for much of the audience as well. Community and belonging are intoxicating things, and sometimes come at a high cost. But how high is too high? After seeing the film, you may not be so sure anymore.

1BR is the kind of film that’s likely to leave you emotionally and physically drained. It takes the viewer through a gauntlet of emotions and responses, many of them by all metrics deeply unpleasant, and because of this, it falls very firmly in the ‘not for everyone’ camp. But audience members willing to plumb the darker end of the emotional spectrum will find much to like in 1BR. It’s a harrowing, unnerving, experience, but one nevertheless worth having.

Editor’s Note: This article was originally published on July 22, 2019, as part of our coverage of the Fantasia Film Festival. Visit the official website for more information.

Fantasia Film Festival: ‘Me and Me’ Is a Complete Mess