Fantasia Film Festival 2018: Our Most Anticipated Films (Part One)

The Fantasia Film Festival is just days away, its 2018 lineup almost too massive and packed with filmic delights to take in fully. This year’s lineup looks like a doozy, with fresh entries from returning favorites and a whole slate of new talent waiting to dazzle us with new perspectives and angles. Part of the joy of Fantasia, of any film festival really, is being surprised, by having a movie that was barely on your radar turn out to be one of your favorite films of the festival. Sometimes, a lack of anticipation can make for far more rewarding and surprising experiences. But all the same, it’s hard not to have a few films, in particular, stand out as must-see events. In our usual tradition, here are some of the films from Fantasia 2018 that fall into that category this year. 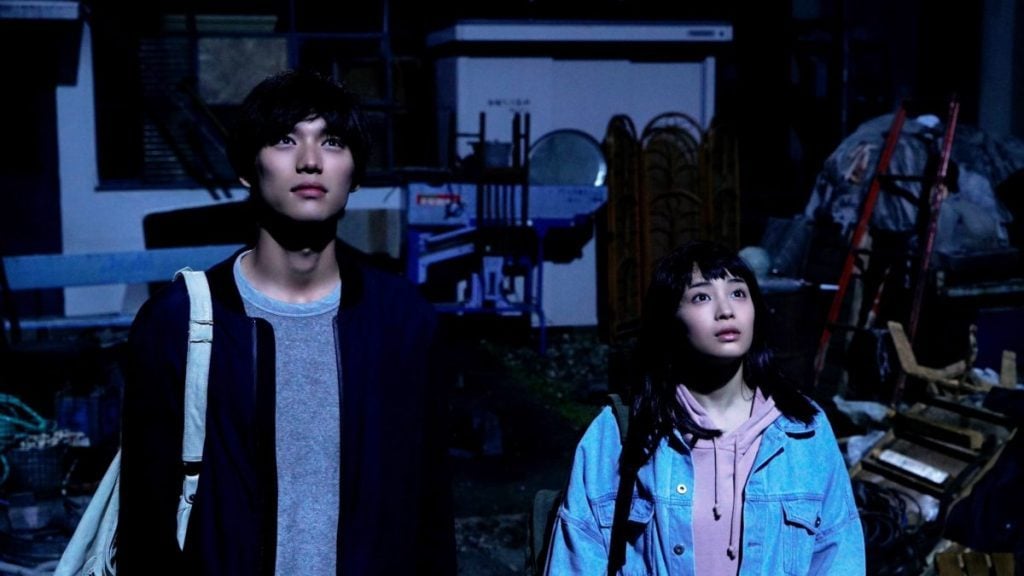 It just wouldn’t be Fantasia without an entry from Takashi Miike, Japanese auteur extraordinaire and still a seemingly unstoppable filmmaking machine after years in the business. Last year it was his fiery, no-holds-barred adaptations of Jojo’s Bizarre Adventure and Blade of the Immortal, but this year’s Miike film looks to be a tad more subdued. Or as subdued as it can get with Miike at least. Adapted from the novel by Keigo Higashino, Laplace’s Witch follows an investigation into a string of seemingly accidental deaths, and one geochemist’s discovery that they might be more sinister than they first appear. A girl appears claiming the ability to use probability to predict future events, right down to natural disasters, and the suspicion grows that a killer might be using a similar ability to maneuver victims into the path of certain death. Can our academic hero, aided by this mysterious girl who identifies herself as “Laplace’s Witch”, prove their suspicions and stop the murderer before it’s too late? That may seem like a rhetorical question, but bear in mind that you can never be sure of anything when it comes to Miike. This is, after all, the same director who once ended a crime thriller with the world exploding. That’s kinda how he rolls. Anyway, Laplace’s Witch has the kind of premise Miike seems like a good fit for, one rife with opportunities for gallows humor and deadpan absurdism in between gritty drama. We should also assume going in that the film will boast at least a few gloriously over-the-top death scenes, a promise which is sure to draw a packed theater. Miike films, in a very real sense, are meant to be watched with an audience, and a lively Fantasia crowd is as good an audience as you’re bound to find for his films. 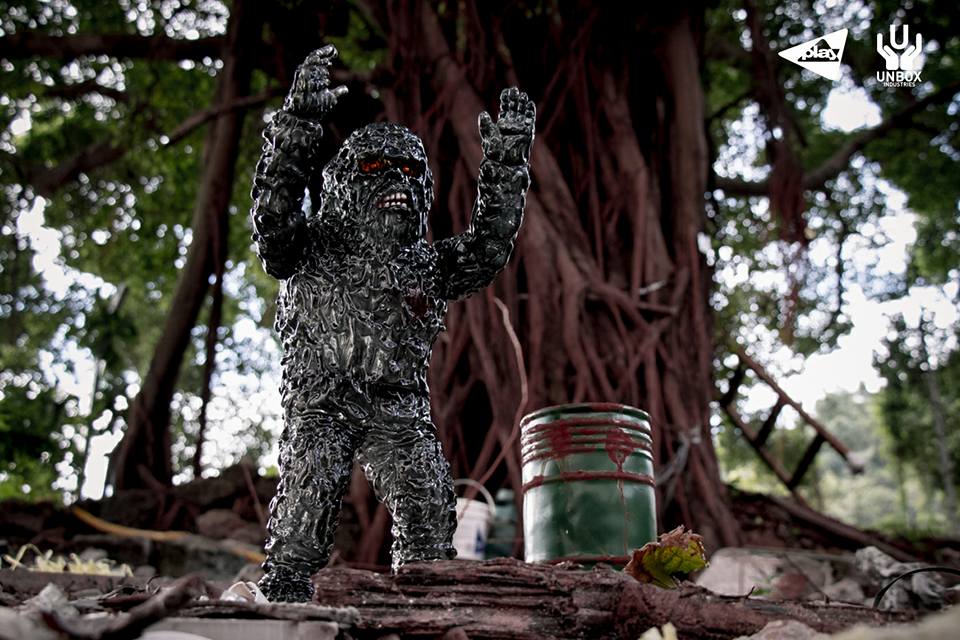 Fantasia is a great place to see new and exciting movies fresh off the production line, but just as much, it’s somewhere you can go for hard to find curious and oddities from yesteryear. Usually, this takes the form of something from the back-catalog of Shaw Brothers studios, best known for their near endless supply of martial arts films. But this year Fantasia has found something different from the Shaw Bros vaults, a contemporary horror with the memorable title of The Oily Maniac. While it may sound like a prequel to 2016 favorite The Greasy Strangler, don’t go into this one expecting men in bright pink sweaters. Director Meng Hua Ho’s film seems to have more in common with a superhero film, perhaps something akin to The Toxic Avenger, focusing on a man who uses a magic spell and a whole lot of oil to transform into a muck monster to dispatch criminals. Obviously, given its age, don’t expect any CGI goop creatures in this one. The star of the film (or at least their stunt double) really does suit up in a heavy and uncomfortable-looking costume that looks ready to kill Tasha Yar from Star Trek: The Next Generation at any moment. The film looks too gloriously goofy to pass up, a bizarre monster romp that (maybe? possibly?) could have some kind of anti-fossil fuel message lurking under its layers of goop and slime. But even if the film turns out to be a straightforward affair with no environmental subtext, it still looks like the kind of affair sure to leave audiences hungry for slime and mayhem satisfied. It might be easy to overlook this one in between newer films on the schedule, but consider that opportunities to see films like this, especially on the big screen, only come along so often. 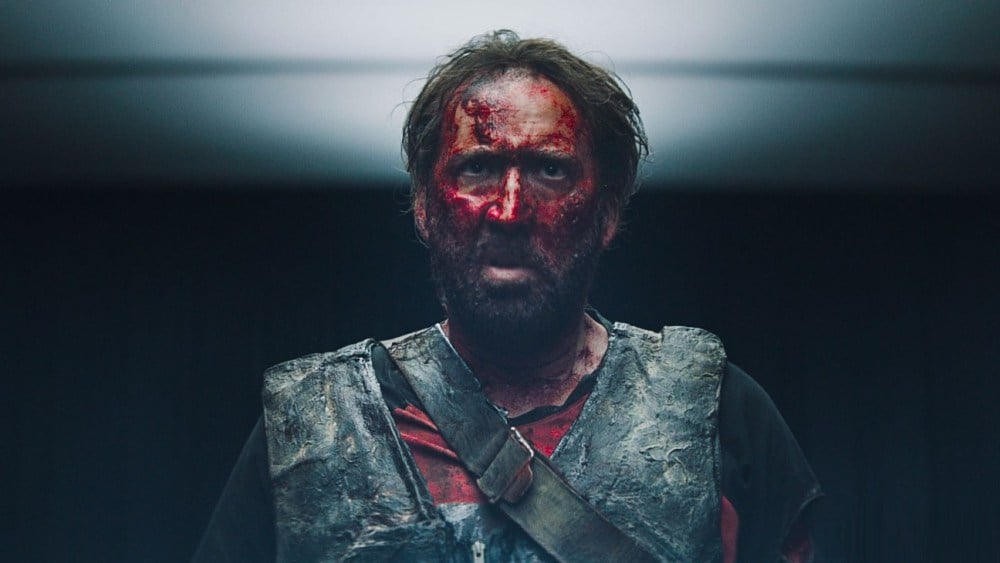 Panos Cosmatos’ first feature, Beyond the Black Rainbow, surprised a great many people upon its release way back in the innocent days of 2010. Following a woman seemingly held prisoner in a futuristic cult compound, the film drew much-deserved attention for its moody atmosphere and retro-futuristic vibe, with its giallo inspired lighting, eerie synth score, and overall gorgeous visuals. Eager for more, those fans who knew to seek it out waited for what the Italian-Canadian filmmaker had next. And like Captain Star, they waited….and waited…..and waited. Now, finally, nearly a decade later, Cosmatos is back with Mandy. And this time, he brought Nicolas Cage. Like its predecessor, Mandy looks awash in red light and ambiguous atmosphere, but looks to be a far more balls-to-the-wall affair, and if you need more convincing just look at the moment in the trailer where Cage seemingly forges a Klingon battle axe in order to rescue his kidnapped beloved from murderous demonic cultists. Cage, if the buzz is to be believed, is a force of nature in this one, unleashing the full fury of his ability to freak the heck out in a manner perhaps not seen since Bringing out the Dead. This factor alone has Cage fans already lining up at the doors. Also, Bill Duke from Predator is in it, which honestly is worth the price of admission alone. It’s hard to know what we’ll get with Mandy. A tense and atmospheric thriller? An insane, gory crowd-pleaser full of violence and mayhem? Some weird, wonderous fusion of both? Either way, it’s already one of the most anticipated films on this year’s lineup, drawing fans of Black Rainbow, Nic Cage devotees and fans just intrigued by the trailer’s promise of a violent and red-stained good time. By the looks of things, the film should deliver no matter what you’re there for.

Let’s be honest, vampires are old hat at this point. Virtually every take on the fanged bloodsuckers has been seen already, and the vampire story is probably more well-trodden than Highway 401. But at this point, if anyone is going to breathe some life into the limp corpse of the vampire story, it’s Sion Sono. First exploding onto the scene in the early 2000s with films like Suicide Club and Into a Dream, Sono has since become part of a new wave of Japanese auteur who could be said to pick up the torch from Miike if Miike ever showed any signs of slowing down himself. Obviously, he’s become a Fantasia darling, bringing films like Tag, Love & Peace, Shinjuku Swan and Tokyo Tribe to previous years to breathless acclaim. His latest film, Tokyo Vampire Hotel, finds Sono playing in the vampire sandbox with the story of a group of humans invited to a ritzy hotel for a matchmaking night. But it turns out they aren’t guests so much as they are “dinner” when it’s revealed that the apocalypse is on the horizon, and a group of vampires intend to use the group as food while they weather armageddon in style. Tokyo Vampire Hotel looks to be a passionate embrace of the classic trappings of vampire fiction. Elegant costumes and rampant sex appeal abound, mixed liberally with Japanese pop culture and fashion to create a mix of Anne Rice by way of Harajuku. There’s one potential problem, though: the film is assembled using a direct-to-Amazon miniseries directed by Sono the same year. This could, perhaps, make for a film that feels too truncated, crammed full of plot points and characters with little breathing room. Hopefully, that isn’t the case, and Sono crafted the series so as to be easily pared down into movie format. In any case, the film looks to be enough of a visual treat to be enjoyable despite this potential handicap. 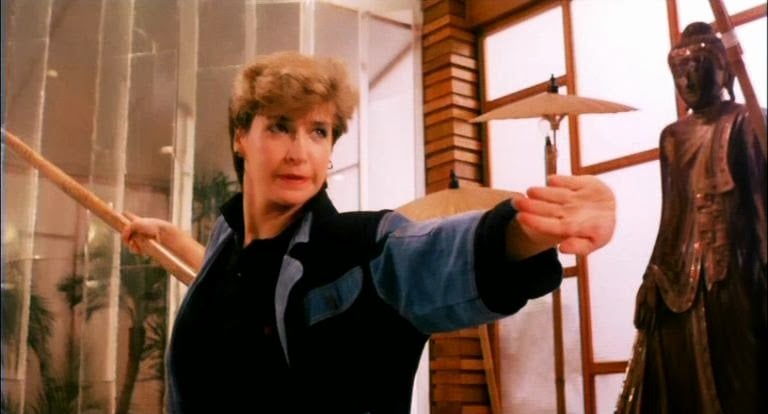 Cynthia Rothrock is a bonafide legend among martial arts enthusiasts, a five-time world champion martial artist with black belts in numerous styles, including Taekwondo, Karate, Wu Shu and Northern Shaolin. After being scouted by Golden Harvest, the prestigious production company that in many ways defined Martial Arts cinema in the 80s and 90s, Rothrock became one of the few caucasian actors to become a genuine martial arts movie star in Hong Kong. There, she stood shoulder to shoulder with Michelle Yeoh, Yuen Biao, and others, headlining movies and working with prestigious directors like Corey Yuen. After returning to the States, her career didn’t slow down. She starred in the China O’Brien series as well as numerous other films, including the great Undefeatable (“Keep an eye out for ya, Stingray!”). After a period out of the spotlight, she’s even returned and is still shooting movies and taking names today. She is, in a word, badass. So who better to receive the very first Action! Achievement Award, Fantasia’s newest Award honoring outstanding contributions to action cinema? Rothrock will be on hand to receive her award, discuss her career and preside over a 35mm screening of her 1989 Hong Kong film The Blonde Fury. The film sees Rothrock as an FBI agent sent to Hong Kong on the trail of a counterfeiter played by Ronny Yu. Obviously, this leads to a number of spectacular fight sequences that showcase Rothrock’s incredible talents as a martial artist, as well as the technical skill of the film’s director, her former Yes, Madam! Co-star Hoi Mang. A screening of The Blonde Fury, hailed as one of the greats of Golden Harvest’s output from the late 80s and early 90s, is always something to come out for. But with Rothrock herself in attendance, this is will be a must-attend event for action movie fans.

‘Ant-Man and the Wasp’ Is Delightful and Insignificant