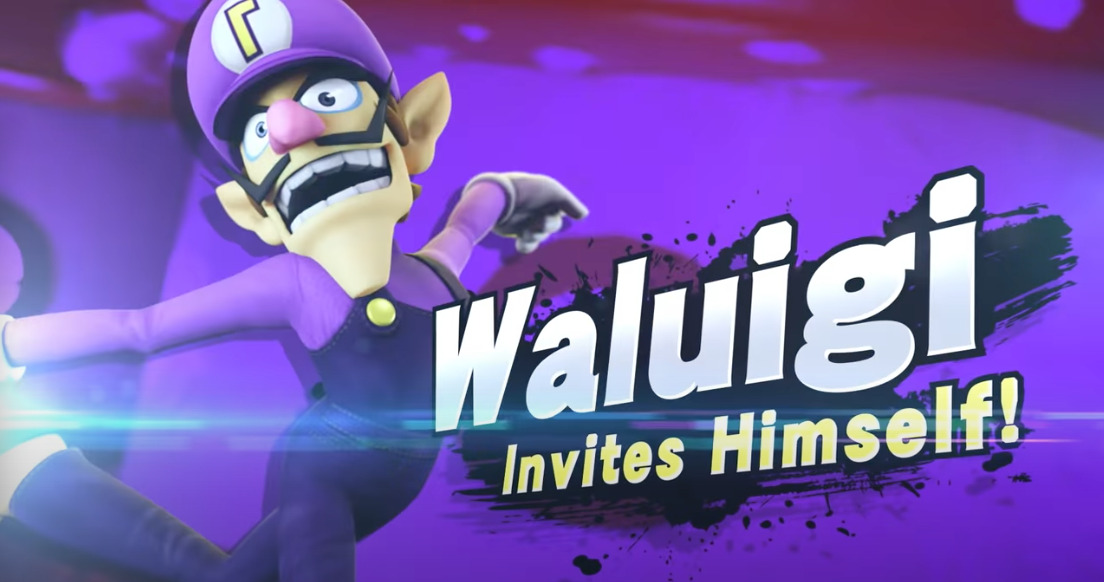 In March of 2018, Nintendo shocked the world with the announcement of Super Smash Bros Ultimate, the fifth game in the iconic fighting series. Later that year the game’s director Masahiro Sakurai presented a character trailer that would show “some” fighters that would be appearing in the game. During said trailer, it quickly became apparent that the prayers of so many Smash fans had been answered when roughly halfway through the screen said, “Everyone Is Here!” The simple statement became a tagline for the game and while millions of Nintendo fans rejoiced a small few were left wondering if their favorite purple-loving anti-hero would be making his debut.

It’s been a long arduous journey for Waluigi fans since the announcement of Smash Ultimate. After a swell of fan support practically begging the developers to add Waluigi to the game Nintendo announced there would be a group of five DLC characters added to the game that could be purchased individually or as a bundle called the Fighter Pass. As each DLC fighter was revealed fans became increasingly confident that Waluigi MUST be the next fighter. Despite not appearing in Fighter Pass 1 hope was still alive as Nintendo announced there would be five more fighters added in a Fighter Pass 2. Now with just one more fighter left be revealed and the insistence of both Nintendo and Sakurai himself that this will truly be the end of the Smash Ultimate roster, the Waluigi fanbase may be forced to swallow the bitter pill of realization that the lanky Luigi analog may never experience the thrill of the fight.

However, hope remains and Walauigi once again has a champion amongst Smash fans. Youtuber King Bob Gaming has taken it upon himself to make a CGI character reveal trailer that depicts the story of Waluigi’s being passed over for Smash time and time again for more than 20 years. King Bob’s trailer shows Waluigi and Wario’s frustration with being left out of both Smash 64 and Smash Melee followed by a heartbreaking moment in which Wario receives his invitation for Smash Brawl but there is nothing there for Waluigi. The entire story arc culminates with Waluigi finally becoming fed up as he sees Toad receive his own invitation and stealing said invitation followed by a character intro screen that reads “Waluigi Invites Himself!”

While most fans are speculating that the final announcement will be yet another Fire Emblem character the Waluigi die-hards are still alive and well. As an extremely vocal minority, Waluigi stans have refused to let their love for the character fade from the public consciousness for long and have converted many nonbelievers along the way. King Bob’s trailer seems to have not only brought the long-time Waluigi lovers out of the woodwork but also pulled at the heartstrings of many. YouTube user Devildog Kogg commented “I would play him even if they purposely designed him to be so bad that he’s not viable” and Earthdweller wrote “Until we see the last reveal, I WILL BELIEVE! Make it happen Nintendo!” Clearly, the community is once again rallying around the forgotten son of the mushroom kingdom.

Hope is alive and personally, I’m happy to admit that while at first, I wasn’t a believer, at this point I’m ready to channel a certain Chicago fan’s energy and wave a banner that reads “If Waluigi isn’t invited, we riot.” But from that perspective, I suppose that if Nintendo were to add CM Punk to Smash instead, I wouldn’t be too upset.