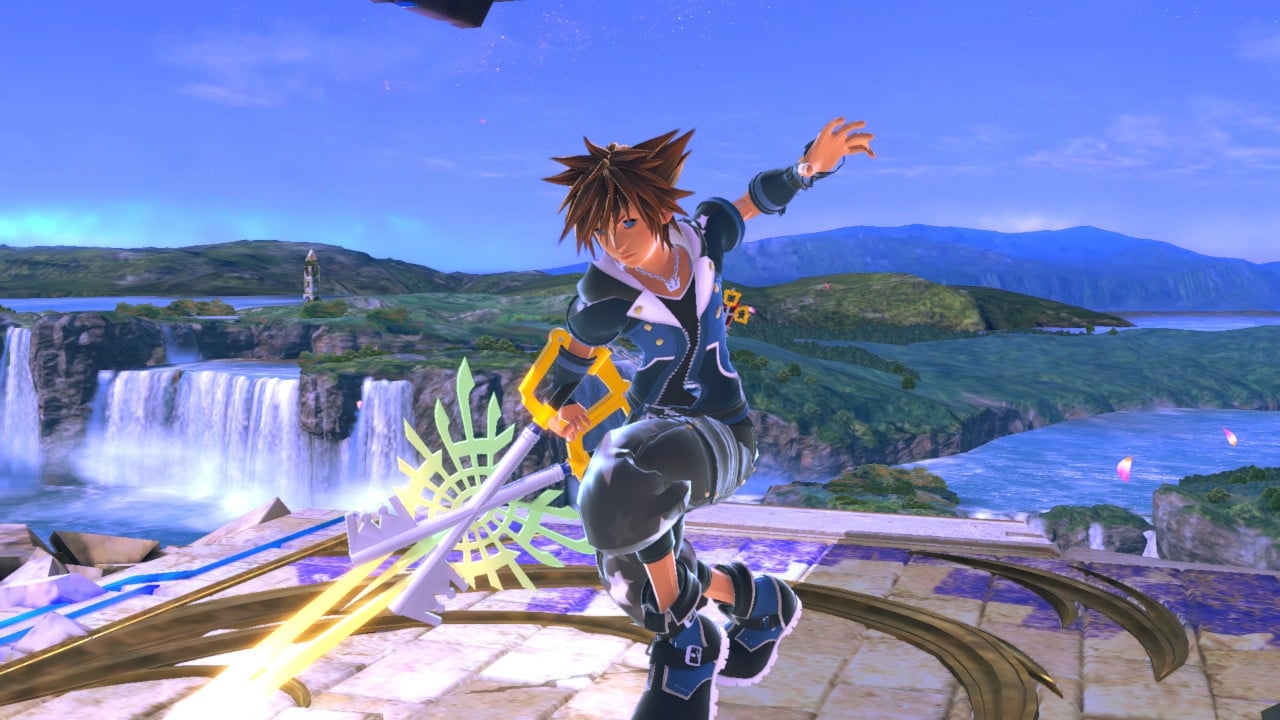 I think it is safe to say that any fan of the Super Smash Brothers series has their own ideas for what character should become a fighter in Nintendo’s legendary series next.  One character who has been on the minds of certain fans for a fair amount of time is Sora, the protagonist from the Square Enix and Disney crossover game series Kingdom Hearts. One YouTuber has created a fan-made trailer to show what a reveal for Sora could actually look like and it’s pretty damn convincing.

The YouTuber- who goes by the name Munchlaxis– uses Sora mods for Super Smash Brothers Ultimate from GameBanana (a custom move set mod and a Sora character model mod to be specific) as well as using the opening of another fan video from two years ago and a remix of the well-known music theme from Kingdom Hearts– “Dearly Beloved”– to create this fan trailer and the result is probably kind of depressing for those wishing that Sora will one day be included as it looks awesome. So close and yet so far away.

Sora fits Super Smash Brothers well, although you could argue that there is one too many sword-wielding characters in the game. Sora doesn’t technically wield a sword though, he wields the Keyblade. I mean, it’s basically just a sword that is shaped like a key but still, not technically a fully-fledged sword. Honestly, I doubt we will see Sora in Super Smash anytime soon due to Disney’s involvement with the character. They are well known for being pretty touchy when it comes to using their licensed characters (that’s putting it lightly) but the crossover with Square Enix probably makes this all the more difficult. Maybe someday we will get a partnership between Disney, Nintendo, and Square Enix but for now, just enjoy this awesome fan-made trailer from Munchlaxis.