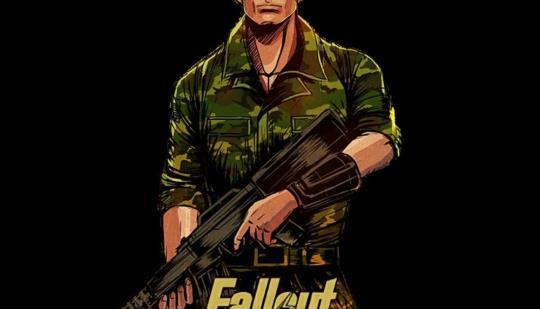 If you’re a fan of lore based mods for two of Bethesda’s most well known and loved video game series’s- Fallout and The Elder Scrolls– then you may already be aware of the work from the YouTube channel I’m discussing today. ShoddyCast is a YouTuber who has been around for a while, stepping on to the scene in 2012 and clocking up an impressive 1.3 million subscribers and over 244 million views of their videos since then. As I said, ShoddyCast has various videos revolving around lore and history of various video game series’ including The Witcher and Dragon Age but most of their content focuses on The Elder Scrolls and Fallout. After a year since their last video, ShoddyCast is back with a brand new interactive mod for Fallout 4: Fallout: Brotherhood- A Fallout Storyteller Mod.

Fallout has a vast and rich history that can go undiscovered- as with a lot of awesome video game lore- but modders like ShoddyCast take it upon themselves to elaborate upon the established story to build the narrative and add another level of interactivity. This particular mod focuses on a character named Roger Maxson– a historical figure within the game’s lore who founded the well-known Brotherhood of Steel faction (the guys with that massive power armour that has become a symbol of the Fallout series). The mod will also go into detail about the events that led up to the Great War of 2077, the war that caused the nuclear apocalypse. One of the awesome details about this mod is that ShoddyCast managed to enlist Mark Meer to voice Roger Maxson. Mark Meer was the voice of the male Commander Shepard in the Mass Effect series (which recently had some rather exciting news of a remastered edition).  The fact that an actual voice actor who played a highly well known and iconic video game character is on board for this mod is amazing. It blurs the line between the fan made and the official and emphasises the nature of the professionalism within this kind of fan made content.

The Fallout: Brotherhood- A Fallout Storyteller Mod is available now for the PC via Nexus Mods and Bethesda.net as well as on the Xbox One via Bethesda.net. For more information, have a look at Eurogamers in depth behind the scenes look on the mod. You can also have a look at the four minute introductory video to the mod below.

Tommy Tallarico and the case of the Roblox Copyright Infringement Agreement May make you go “oof!”