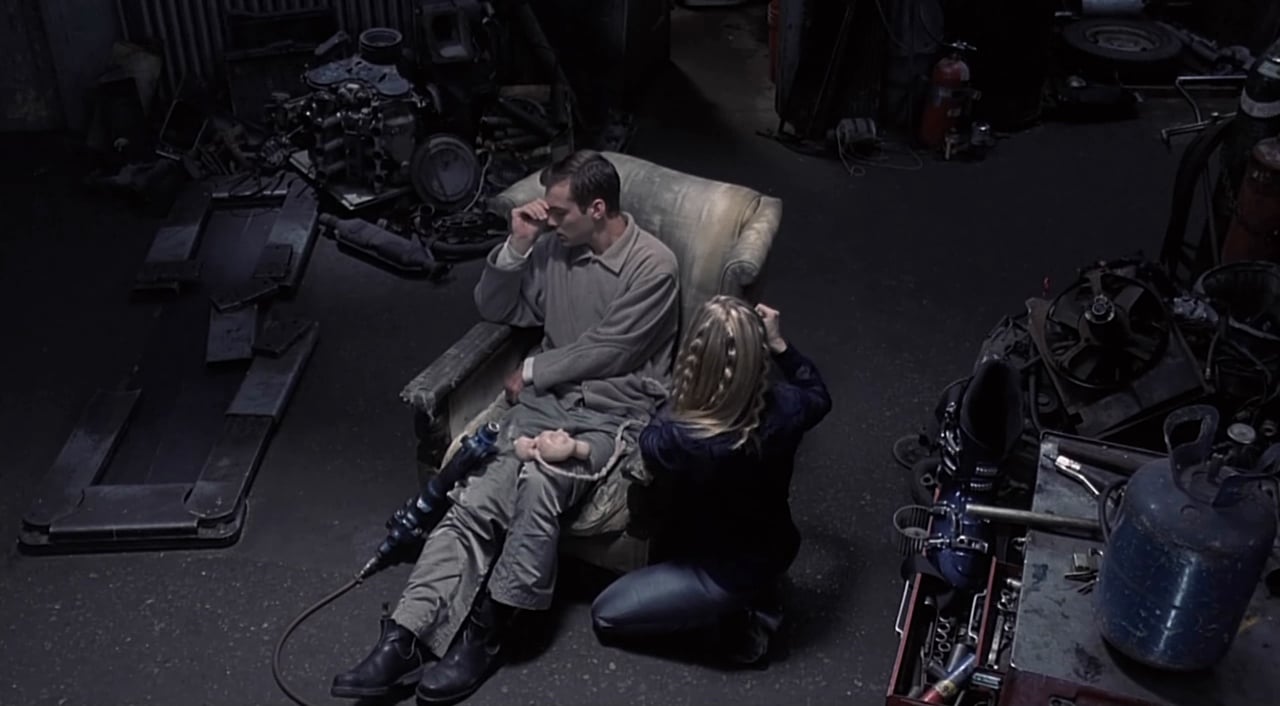 In 1999, The Wachowski siblings released a film that is now one of the biggest pop culture phenomenons of today in The Matrix. It followed Neo, a young man who finds out that his world is nothing but a virtual reality constructed by machines, while the reality is that the world is a desolate wasteland with humanity’s remains hiding underground and that he is the chosen one to overthrow the machines. In 1999, iconic and influential filmmaker David Cronenberg released a similar film titled eXistenZ, which followed virtual reality game-maker Allegra Geller (Jennifer Jason Leigh) as she and a young marketing trainee Ted Pikul (Jude Law) play her new virtual reality game to determine if it is damaged after being hunted by assassins. Both films dealt with the same central question: What if your world was simply a virtual reality and you didn’t know it?

Before I get going, I just want to say that I’m not here to hate on The Matrix. The Matrix deserves every bit of notoriety and praise that it has – after all, they boiled Baudrillardian concepts and ideas of simulacra and simulacrum down to fight scenes – and the Wachowski siblings should be able to make at least five more Jupiter Ascending’s because they made The Matrix. eXistenZ, however, presents its ideas with less compromise and more consequence. The idea of The Matrix makes for great conversation with your friends, but the uncertainty of reality in eXistenZ keeps you up at night.

While in The Matrix Neo can roam free and alter most anything in the virtual reality after he discovers the actuality of his reality, Cronenberg acknowledges that in the film’s virtual reality that only so much can be done independently even when you know it is virtual reality. In order to proceed in the game, you have to follow a certain script. Characters in the game go on a loop if not given the proper dialogue prompt. With Cronenberg, underneath the glamour of virtual reality is the harsh truth that it has limits of control for its user.

While much of the excitement of The Matrix came from the possibilities of what you could do inside the virtual reality of it, Cronenberg examines the glamour of it with darker undertones. Willem Dafoe plays a country gas station worker named Gas – a type of character you would find in a virtual reality game – and he waxes on how he only runs a gas station “on the most pathetic level of reality”.

The line between virtual and organic is blurred as such. The console is an organism, squirming and squealing when interacted with. Allegra refers to her game pod as a “she”. A gun intended to kill Allegra is made out of human remains and shoots human teeth. Cronenberg is a filmmaker who has always examined the relationship between the world around us and our flesh in an insidious manner, and this continued here. Both films had their transportation to the virtual reality take place through an organic connection. In The Matrix, Neo and company logged in to the Matrix by inserting a connecting rod through the back of their head. In eXistenZ, they connect into the game by using a bio-port, a small surgically-created entry hole located at the small of their back. It’s a much uglier, stranger process than that of The Matrix, and deconstructs the glamour of virtual reality.

In The Matrix, once the distinction between actuality and virtual reality is made, the line between the two is never questioned. In eXistenZ, reality is never a guarantee of actuality. After pausing the game to return to his reality, Ted comments that reality feels unreal now. Even at the end, one character pauses at a climactic moment to ask if they are still in the game. That question lingers long after you’ve finished the film. Are you still in the game?