Everything You Need to Know About the Nintendo Indie World Showcase 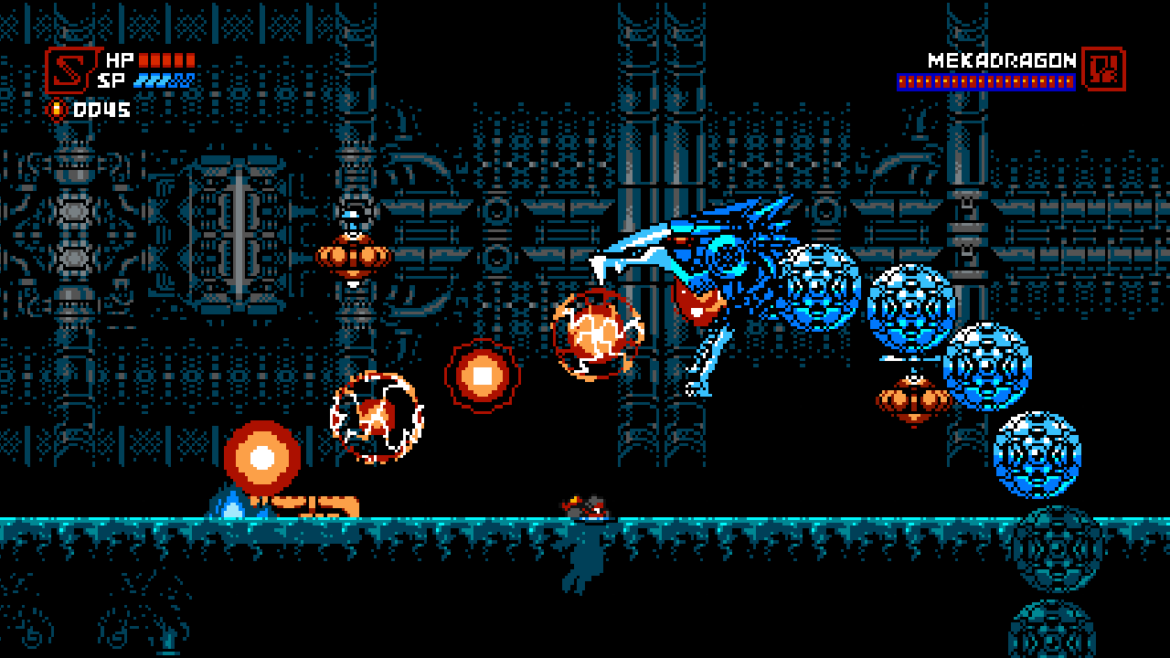 Among Us, Spelunky, Spelunky 2, Super Meat Boy Forever and Grindstone!

If there weren’t enough games to play on the Nintendo Switch, the recent Nintendo World Showcase announced a treasure trove of indie games arriving before the end of this year and into 2021.

Highlights of the video include Among Us, the riotous social-deduction survival game, which launches for Nintendo Switch later today! Other featured games in today’s showcase include Super Meat Boy Forever, the highly anticipated sequel to Super Meat Boy, and Spelunky and Spelunky 2, the cavernous exploration platformers that have set players’ imaginations (and bomb bags) on fire.

“We want Nintendo Switch owners to feel like they’re on a journey of discovery, with new indie gems to uncover around every corner,” said Steve Singer, Nintendo of America’s Senior Vice President of Publisher and Developer Relations. “Thanks to the dedicated ingenuity of independent developers around the world who have chosen Nintendo Switch as a home for their games, the system continues to host a flourishing collection of unforgettable indie experiences for players to enjoy.”

Here’s the rest of the information via the press release…

Among Us from InnerSloth: Discover which of your friends is a secret imposter in Among Us, the survival social-deduction game that has taken outer space by storm. Work together to complete tasks on a spaceship before the imposter sabotages or takes out the other players. Think a crewmate is acting strange? Call for emergency meetings and discuss who the suspected imposter is … but make sure you’re confident before you vote to eject someone into the cold reaches of space. Among Us launches on Nintendo Switch later today featuring cross-platform play!*

Spelunky and Spelunky 2 from Mossmouth: With Spelunky and Spelunky 2, brave your way through treacherous tunnels and caverns, outfitted with the survival supplies you find along the way. Featuring dense worlds teeming with secrets, surprises and slapstick hilarity, each time you play promises danger and delight. Watch out for leprechauns, ghosts, flying fish and galloping turkeys as you explore the unknown. Plunge into Spelunky and Spelunky 2 when both games launch on Nintendo Switch in summer 2021.

Grindstone from Capybara Games: CAPY’s hit puzzle-battler Grindstone smashes its way onto Nintendo Switch. Clobber creeps to rack up huge combos and earn precious Grindstones. Cash in your grindstones to craft new gear and overcome devious enemies, obstacles and boss encounters as you conquer Grindstone Mountain. With more than 200 brutal levels to tackle, get ready to rise, grind and repeat when Grindstone gets its console launch on Nintendo Switch as a timed exclusive later today.

Calico from Peachy Keen Games: Magical girls, cat cafes and cuddly animals – what more do you need in life? Fill a cozy café with cute creatures, charming furniture, festive decorations and yummy pastries. It’s the purr-fect way to spend a day! You can begin relaxing in Calico when it launches on Nintendo Switch later today.

Super Meat Boy Forever from Team Meat: The highly anticipated sequel to Super Meat Boy has arrived! In Super Meat Boy Forever, Meat Boy and Bandage Girl’s adorable baby girl, Nugget, has been kidnapped. You’ll get put through the grinder as you jump, slide, punch and kick through several worlds containing thousands of hand-constructed levels that are randomly smashed together to create a unique gameplay experience with each save game. With bosses, secrets, dying, awesome music, vibrant art and even more dying, prepare to face some intense challenges. Super Meat Boy Forever squishes onto Nintendo Switch on Dec. 23 as a console launch exclusive.

Cyber Shadow from Mechanical Head Studios: Dash, slice and leap your way through futuristic levels as you take down more than a dozen apocalyptic bosses in this action-platformer ninja game. The world has been taken over by synthetic lifeforms. A desperate plea for help sets Shadow on a journey. Nimbly navigate the ruins of Mekacity, leap past traps and defeat the techno hordes. You can even scan an amiibo of a Shovel Knight series character for a little help from a familiar friend. Unlock the secrets to your ninja clan’s ancient powers in Cyber Shadow, coming to Nintendo Switch on Jan. 26, 2021.

Tunche from LEAP Game Studios: Tunche is a 2D beat-’em-up game with breathtaking hand-drawn art, set in the Amazon Rainforest. It can be explored with one of five heroes, each with their own distinctive skills and abilities, including Hat Kid, the protagonist from the 3D platformer A Hat in Time. Unravel the rainforest’s secrets in search of a mythical beast, the Tunche. Enjoy a unique experience every time you journey into the jungle, traversing different paths and facing fantastic creatures. With charming hack-and-slash combat, local co-op play and a pinch of shamanic witchcraft, you’ll experience a magical tour of Peruvian legends and folklore. Venture into the jungle when Tunche arrives first on Nintendo Switch in March 2021.

Very Very Valet from Toyful Games: Get behind the wheel to pick up, park and return cars in over 20 locations. Up to three other players can join you in this frantic and fun party game. Very Very Valet accelerates onto Nintendo Switch first as a timed exclusive in early 2021.

Fisti-Fluffs from Playfellow Studio: Watch out – these kittens have claws! In this physics-based party game featuring fierce felines, you’ll need to whack and pounce your way to victory. Turn the playroom into a battleground by smacking into objects and launching them across the room. Experience the pinnacle of cat-tussling fun by proving your wobbly cat is the best cat. Take the competition locally at launch, with online multiplayer coming in a post-launch update. The paw-sibilities are endless! Fisti-Fluffs gets frisky first on Nintendo Switch in spring 2021.

Alba: A Wildlife Adventure from ustwo games: The award-winning studio that created Monument Valley is delivering a new open-world experience – Alba: A Wildlife Adventure. In this game, even the smallest person can make a big difference. Join Alba as she visits her grandparents on a Mediterranean island, ready for a peaceful summer of wildlife exploration. But when she sees her beloved Island in danger, she realizes that she needs to do something about it! Recruit volunteers for your cause, help heal sick animals, clean up the wilderness and ultimately save the island. A visually stunning season of exploration awaits in Alba: A Wildlife Adventure, coming to Nintendo Switch in spring 2021.

Gnosia from Playism: In this one-of-a-kind sci-fi adventure game, a spaceship is overtaken by aliens who can take the form of humans. Meet an eclectic cast of characters and help unravel their mysteries in a fascinating narrative spin on the social-deduction genre where you play against up to 14 NPCs. Overcome your fears when Gnosia launches on Nintendo Switch in early 2021.

Here is everything you need to know via the press release….

In Donkey Kong Country 3: Dixie Kong’s Double Trouble!, Donkey Kong and Diddy Kong have mysteriously gone missing. The plucky, pony-tailed Dixie Kong takes on a starring role as she embarks on a grand adventure, all while supervising the scrappy, young Kiddy Kong. Luckily this tubby toddler doesn’t kid around – Kiddy Kong has power and panache to spare. When he’s on a roll, there’s no getting between him and his next banana bunch lunch.

A Nintendo Switch Online membership grants instant access to 95 classic games, with libraries that run the gamut of cult action hits, touchstone fan favorites and U.S. debuts of notable games from the classic era of gaming.

Read on for additional details about the games arriving this month:

Donkey Kong Country 3: Dixie Kong’s Double Trouble!  – Donkey Kong and Diddy Kong have gone missing. As Dixie Kong checks in with the rest of the family, she gets stuck with babysitting duties! But that won’t stop her from going on her next adventure. Play as Dixie Kong or Kiddy Kong solo, against a friend or with a friend. Take advantage of their abilities as they throw each other into action in over 40 levels.

The Ignition Factor – Intense firefighting action puts you in the heat of the moment. Take control of a brave firefighter as he battles to save people from towering infernos and flame-filled factories. Keep your cool to rescue all the victims. Get them out of the fire and back to safety!

Super Valis IV – A reddish moon calls forth evil, and the bells toll for battle. Take on the role of Lena, the only warrior able enough to wield the Valis sword against the forces of evil in this action platformer. The longer you take clearing a stage, the stronger the boss at its end will get. Dash, jump and use the items you collect along the way to traverse all seven stages.

Tuff E Nuff – Four champions seek to challenge the great tower! In this action game, your special attacks level up each time you defeat a certain number of enemies, making your hero grow even more powerful. Make good use of your guard, and carefully time your special attacks against all the tough guys you face on your way to Jade, the self-proclaimed Fighting King. With the instant-replay feature, you can have fun watching the last moments of a fight play out!