It’s been a long time since Hot Shots Golf: World Invitational launched on the Playstation Vita in 2011 (and later on the Playstation 3 as Hot Shots Golf 6). In that time, the Tiger Woods *ahem* Rory McIlroy series has floundered (and all but disappeared) from the scene after a number of disappointing yearly releases, leaving consoles without a go-to option for hitting the virtual links. For some, The Golf Club (and its recent sequel) have been able to fill this gasp; but for most, it’s been a long time since there was an experience either accessible or exhilarating to be found on consoles. Enter Everybody’s Golf, Clap Hanz’s under the radar return to the Playstation family, to save the day: while the title change to the traditional Japanese translation may suggest fundamental changes to the series tried and true formula, it is the same beautiful game we all remember, with just enough tweaks and touches to make the old feel new and wonderful once again.

Priced at a wallet-friendly $40, initial impressions may be that Everybody’s Golf is lacking in content, with only five courses available at launch (two via DLC for $6.49, one of which was a pre-order incentive). It would be easy to dismiss this new title as an undercooked cash-in on a beloved franchise – a feeling I call the Mario Golf: World Tour effect, a technically proficient golf game doomed by an utter lack of single-player content – but Everybody’s Golf is an evolutionary step for the franchise, taking small steps to refine its classic gameplay loop, while tweaking the game’s signature career mode and adding an entirely new shared-world online component and multiplayer mode to the mix.

The changes to the external, off-course game of Everybody’s Golf is immediately apparent; players are introduced to Golf Island, which operates much like the tennis school of the handheld Hot Shots Tennis game for the PSP, with the added component of being a home hub for the entire single-player experience. On Golf Island, players can talk to random passerby (or copy their wardrobe, if so inclined), unlock the ability to swim, fish (for 68 frickin’ different kinds of fish, no less), and practice golf cart driving skills… or of course, sign up for online and offline tournaments to compete and improve one’s gear. Immediately, the game uses Golf Island’s bright, tropical setting to infuse players with the game’s exuberant, beautifully upbeat personality, with messages of encouragement before even stepping on the course; and as the game introduces you to the first course, Everybody’s Golf tries to instill the true values of golf into the minds of players, in ways that are wonderfully encouraging and necessary, even when they may feel slightly repetitive or eventually, extremely difficult.

Perhaps the most amazing feature of Everybody’s Golf is how little the activity of playing golf has changed in the 20 years since the original Hot Shots Golf; the wonderfully technical three-point shooting system remains in place, as refined and precise as it ever was. A few tweaks have been added to the player’s ability to shape or add/decrease power in the middle of a swing, but those are simply building on the foundation of previous games in the series, never introducing new elements that feel foreign – or more importantly, detrimental – to the core golfing experience.

Although the game feels exactly as it always has, this isn’t a bad or regressive thing; Clap Hanz mastered the balance between casual and hardcore virtual golfers years ago, and do nothing with this new title to mess with that. Rather than try and reinvent the wheel on a new console to be “fresh” or “relevant”, Everybody’s Golf understands its identity on the fairways and greens, and does nothing to fuck that up whatsoever – an accomplishment unto itself, given how much we’ve seen franchises fall victim to their own creative ambitions over the years. Everybody’s Golf knows exactly what players want from a golf game in this series; and this game delivers exactly that, offering less experienced players an avenue of entry with a simpler 2-piece shooting system, and the usual layers of advanced shot shaping and placement for those familiar with the game’s systems.

If there’s one place the game is lacking for newcomers, is a consistent approach to explaining the game’s many competing systems, HUD elements, and advanced techniques; while there’s plenty of text in the game’s career mode to help understand the fundamentals of golf, a lot of those instructions aren’t directly translated into an easy to grasp, thorough tutorial. Rather, Everybody’s Golf trusts – maybe to an extreme degree – that its players will begin to grasp the concepts and feel of the game through repetition, forcing players to play a handful of tournaments on the first available course to encourage a deeper understanding of its mechanics. It’s a decided hands off approach (especially when it comes to specific features like specialized clubs and ball selection), and one that will most certainly leave some newcomers flailing in the deep end, an extremely frustrating barrier of entry for newcomers to endure.

Thankfully, the game’s first course is easy enough that with a little bit of practice and inference, beginning to understand how to approach different shots and situations can be a rather empowering experience of self-discovery. Slowly through the game’s career mode, players will begin to unlock the power of their clubs, with each individual club leveling up with each successful, accurate shot placed on the green or fairway. It’s here where Everybody’s Golf really shines, slowly graduating the player from the easy opening course to the increasingly challenging layouts of the game’s four other main courses; by the time players reach the upper ranks of the solo campaign (which consists of tournaments against AI players with versus matches against specific boss-like opponents), Everybody’s Golf offers one of the most robustly challenging, and rewarding, golf experiences available on any console.

Taking a step back from the game’s mechanics, the other place Everybody’s Golf shines is in its presentation. Led by an infectious soundtrack and the game’s trademark animated style, Everybody’s Golf is one of the most aesthetically pleasing games ever produced (save for the occasional slowdown on the beach course, which appears to be due to some heavy water effects). Thanks to the increased resolution and HDR capability of the Playstation 4 Pro, every round of Everybody’s Golf is filled with gorgeous images of the sun shimmering off the metal handle of a golf club, and evening shadows slowly creeping across the long, beautiful fairways. There’s sense of scope to the game’s visuals that, while they aren’t going to win any “best graphics” awards, gives the game a larger, more lifelike feel than previous titles in the series; a specific design choice that pays dividends in the game’s big new addition, the brand-new online multiplayer modes.

Each of the game’s seven courses (five base, two redesigned classic courses via DLC at $6.49 a pop – both completely worth the price of entry) is broken up into two segments (holes 1-9 and 10-18) for each online “room”; upon selecting a room from the game’s home area, players are dropped onto the golf course, free to roam around and pick up items (like coins to buy awesome clothing for the player avatar), fish and swim in the bodies of water, and compete in daily aggregated nine-hole tournaments, or just single hole action to go for a daily high score (or bonus coins… bonus coins are always the best).

As players wander around, they can watch other players goof around on the course, or even follow them through their round if they so choose (a little weird, but hey – just don’t be like the president and drive on the greens); while it’s not the most interactive sandbox to throw players in, there’s certainly nothing of its kind offered in any sports game, and it brings the courses (and anonymous online competition) to life, to an unexpectedly addictive effect. While playing my daily round (gotta get that daily reward clothing!), I often see other players driving to different areas off the tee, or approaching mid-range shots from new and interesting ways; not only do I get to feel like part of a vibrant virtual club of some odd kind, but the opportunity to evolve and challenge oneself as a golfer is something no Tiger Woods or even previous Hot Shots game had to offer.

Along with the traditional local multiplayer mode (where players can compete using a wide variety of intriguing modifiers), there’s also a fun – though unfortunately weightless – competitive mode called Turf Wars, an idea I really hope Clap Hanz expands on in future updates to the game; in it, teams of eight compete on a specific number of holes on any given nine-hole area for a combined score. Each hole, scored individually by points awarded for birdies, pars, etc, is played by everyone, in any order and combination, for a certain amount of time: in the end, the team winning the most holes wins the game. While there’s no real reward for winning in the game (or earning the coveted MVP spots), just the frantic competition of watching everyone’s silly avatars fly around the field trying to score points on each hole makes Turf Wars worth visiting once or twice a day.

At first glance, the package Everybody’s Golf offers gamers seems a bit lacking; five courses, essentially four different modes, and a handful of side activities does not seem like a lot of content. But the intricate design of those courses (and the wonderful reimaginings of classic Hot Shots courses available via DLC right now), combined with the game’s constant sense of challenge and accomplishment, make it one of the more robust (and endlessly enjoyable) sports games on the market. 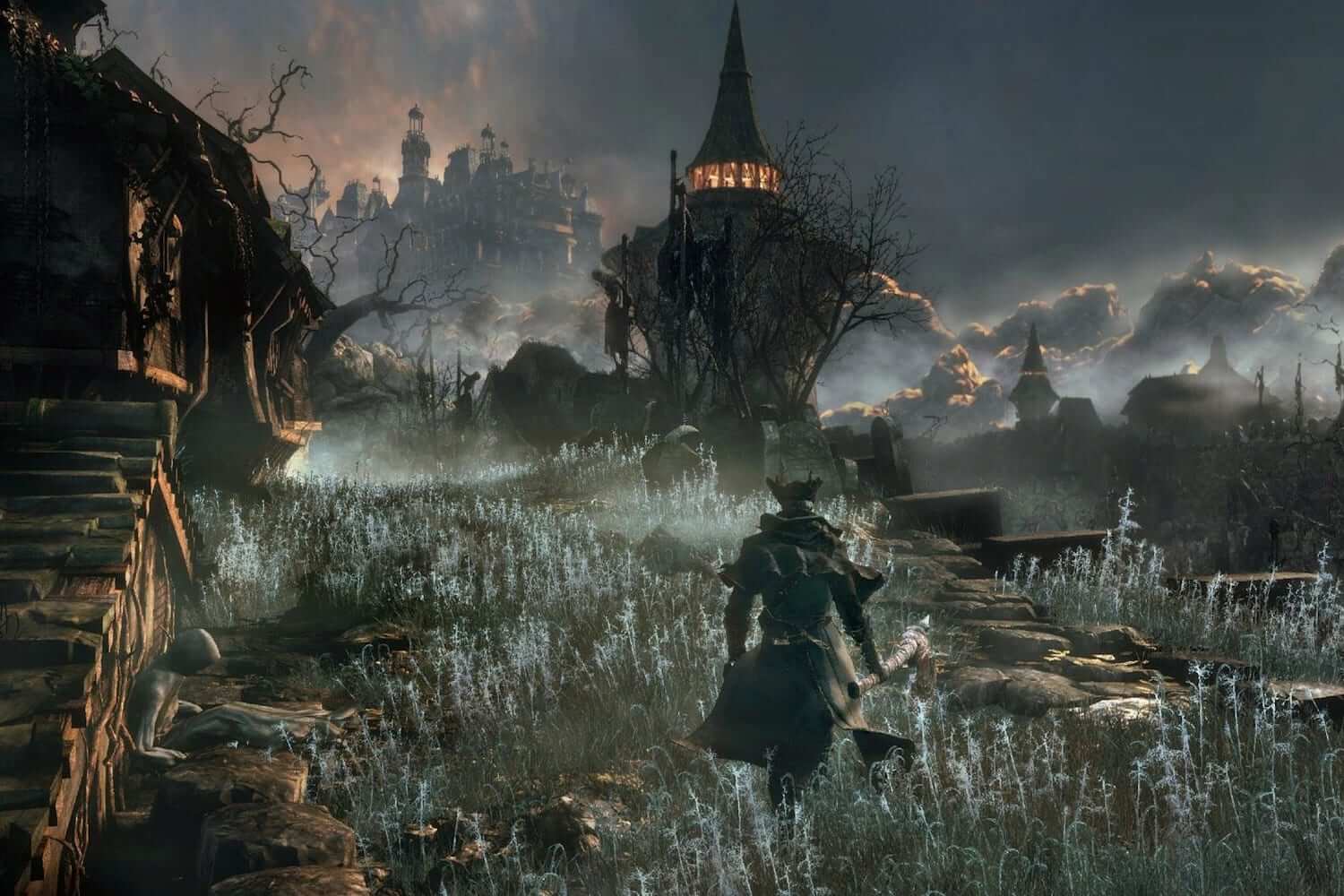 This week is the Game Boys’ first ever Game Boys Book Club! Each month, one of the Boys is picking a game, whether it’s...

You might recall Joey Chiu, a dedicated gamer who made the news in 2013 when he was first in line to buy a PlayStation... 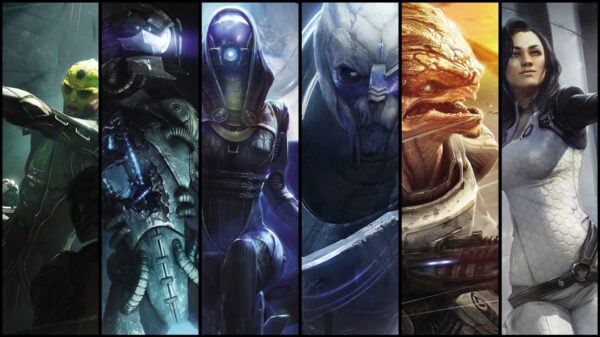 The Top 10 Most Memorable Moments in the Mass Effect Trilogy

Most Iconic Moments in the Original Mass Effect Trilogy The original trilogy of Mass Effect games are three of the most beloved of the...