The Fast and The Furious Franchise: 20 Years Later

I saw The Fast and The Furious with friends at the now long-gone crappier-of-the-two cinemas in my Massachusetts suburb. We mostly did whatever we could to avoid that theater – there was a comparatively smaller chance of running into other friends or girls there, the screens were small, and the popcorn was stale – which is to say, I can’t readily remember why we were seeing The Fast and The Furious instead of something else at the nice theater, except that it was probably a matter of convenience, most likely based on when my buddy’s parents could give us a ride.

I don’t remember my life being affected by the movie, and I wish I could write something poetic about Paul Walker’s golden locks or Vin Diesel’s impossible magnetism. I can’t, though I’m sure the cars were loud and awesome, and the girls in the movie were put there for twelve-year-olds like us, so I can imagine they were well received. It wasn’t until the DVD, though, that The Fast and The Furious really infected my group’s lexicon, to the extent that we had one.

It was the first DVD I purchased with my own money – I know that much. Once I (and by proxy, my friends) owned it, things changed rapidly. The Fast and The Furious became for us the type of movie quoted so compulsively that the actual source material seemed to lose meaning: “Bullshit asshole, no one likes the tuna here,” “You never had me… You never had your car,” “The buster brought me back!”  – we quoted the poor movie to death. In those dark days before IMDB and YouTube, I desperately combed Napster so I could listen to classic gems like Benny Cassette’s subtly titled “Watch Your Back,” or Saliva’s “Superstar” – without a hint of irony. It was, in retrospect, uncool.

None of this is unique, and I apologize for the tedium of recounting a trivial childhood movie infatuation as though it were news. Kids of a certain age latch on, absorb, follow what’s cool until life teaches them that trying too hard to be cool – like say, Paul Walker’s character telling a menacing Vin Diesel “If I win, I take the cash… And the Respect” – is distinctly uncool. So no, not singular. But it is remarkable that in the franchise’s lean years, post-Diesel and pre-Diesel, and then pre-Dwayne Johnson, these would be embarrassing factoids. In 2006, no one was exactly clamoring for the next The Fast and The Furious installment, and this was years before the franchise assumed the winking, self-aware, action-porn form it now parades into theaters biannually.

In those years, you wouldn’t have heard me or my friends tell each other “You can have any beer you want, as long as it’s a Corona,” because you may not have gotten it. Worse, you would have gotten it, but wondered aloud why in the world we were laughing. The Fast and The Furious hadn’t yet been resurrected as a mega-franchise, a type of multicultural Avengers. The film was just a curiosity, a leftover from a time when we couldn’t drive, but Grand Theft Auto, Gone in 60 Seconds, and The Fast and The Furious were all we thought about for one summer.

Mostly, the first film still is a curiosity. Irony has a place, but it can be a cynical and cowardly veil as well, an opportunity for blockbusters like the later Fast films to avoid truly risking anything. The franchise’s self-awareness insulates it from criticism; of course, it’s dumb – it’s supposed to be dumb. It’s a post-modern blockbuster construct that allows everyone from the filmmakers to audiences to critics to join the joke, to laugh and commend only the gaudy excess and the conscious overreach of the entire undertaking.

The Fate of the Furious appears to be no different, and in that way is hardly related to its originator. Fate is rife with the hallmarks of what the franchise has become – stunt casting, obscure locales, action sequences that are more side-splitting than seat-gripping. The films are speeding toward a cliff, where irony and awareness meet the end of credulity and the last remnants of attention spans. Very shortly the series will be left looking only to space as the next frontier – they’ve already used cars as every type of weapon, been all over the world, killed and resurrected characters swiftly and as a matter of convenience. Instead of going forward, however, they could go back.

Watching The Fast and The Furious now, knowing what has grown out of it, it is impossible to feel anything but refreshed by how seriously the film takes itself. Dom Toretto (Vin Diesel) isn’t a fun-house mirror image of a forgotten action archetype; instead, he’s present, really going for it. Paul Walker still hadn’t found acting ability to match his leading man looks, but you can see him trying – hard – on screen. He delivers corny monologues like “So check it out, it’s like this…” with vigor. The climactic scene with Dom and Brian (Walker) speeding toward a train, and Brian ultimately letting Dom escape the police, is meant to evoke not too-cool-for-school laughter, but also an investment, sympathy, and some emotion other than a self-satisfied distraction.

The Fast and The Furious is not a particularly good film. It’s basically a rip-off of Point Break. But it’s also not that bad, and that would matter if this was meant to be a critical reappraisal of the film’s merit. Instead, it’s meant simply to applaud The Fast and The Furious for having the audacity to be something at all.  It is the type of movie that doesn’t exist in any meaningful sense anymore. Today’s blockbusters – especially the retreads, reboots, re-imaginings, and sequels – bend over backwards to justify their existence, with pandering fan service or a cynical distance that suggests audiences shouldn’t invest any more in the films than the films invest in themselves, which is next to nothing outside of a movie star’s salary and a CGI budget. Even well-received sequels – consider 22 Jump Street, for instance – can hardly help but apologize for their own existence with self-effacing jokes and meta-commentary.

The Fast and The Furious, with its softcore-porno shots of cars and asses, unabashed bromantics, and adolescent philosophizing (“It’s not how you stand by your car, it’s how you race your car”, or if you prefer, “I live my life a quarter-mile at a time”) tried very hard to be cool. Parts of it worked, if only for a limited period of time to a limited audience, which is more than you can say for the franchise it spawned, a series focused only being smart enough to know that it’s never cool to try, so fuck it, here’s Vin Diesel driving a car through three skyscrapers, do you get it? The Fast franchise is fun, and the films make blockbuster seasons more interesting, but it lives only to sustain itself for the future, one more in a series of franchises with a money faucet no one dares turn off. That model has nothing to do with The Fast and the Furious, and it was never Dom Toretto’s style. The real Dom Toretto lives life a quarter-mile at a time.

Editor’s Note: This article was originally published on April 13, 2017. 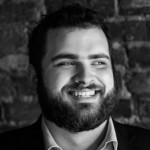 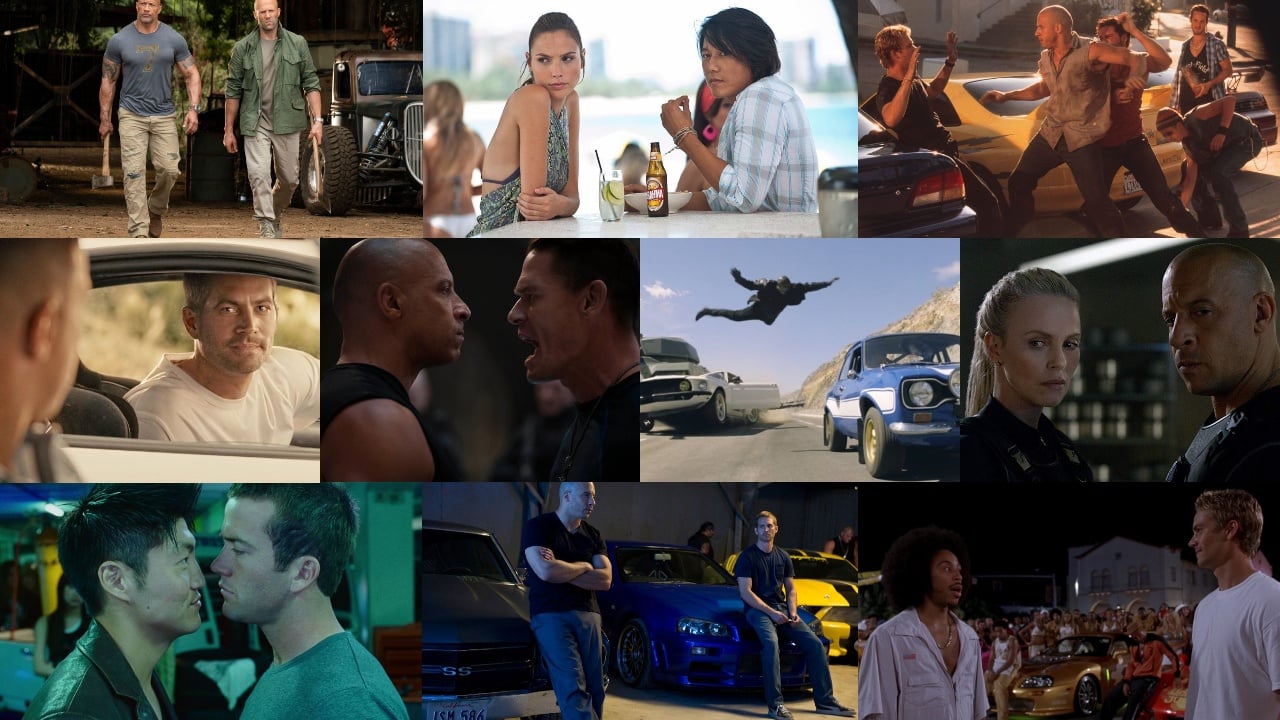 A ranking of The Fast and Furious films, a franchise that has grown organically - from street racing to cyber warfare, family is above... 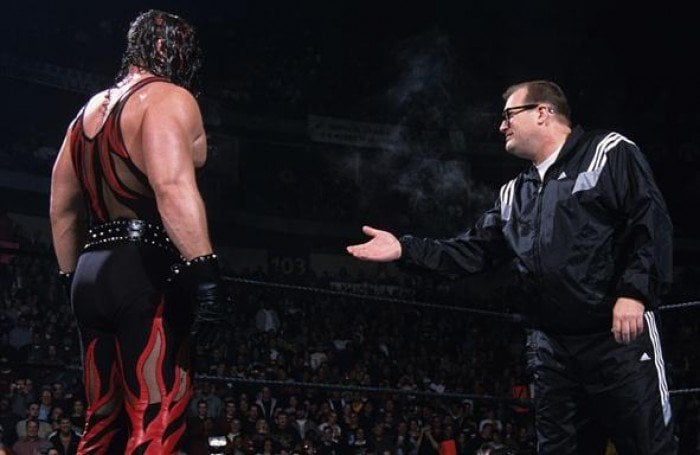 Greatest Royal Rumble Losers The Royal Rumble is the greatest gimmick match ever invented. 30 wrestlers enter one at a time for the chance...

Fast & Furious Presents: Hobbs & Shaw is over-the-top in all the wrong ways. Spectacle and charisma attempts to justify a forced narrative.